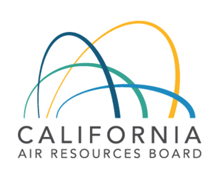 Last week I sat next to a group of employees from the California Air Resources Board. We were celebrating the groundbreaking of the new CARB Southern California Headquarters being built in the city of Riverside. The nearly 400,000 square foot facility will be able to accommodate close to 500 staff. It will have a clear economic impact on the city, and the region. It’s a government agency but can attract private sector companies that would benefit from the close proximity to the state of the art testing and research facility.

The tenacious effort by city, county, university, political and business leaders to win the bid to relocate the facility to Riverside reminded me of a lecture I heard last year on how to build a strong regional economy:

Last year as part of the Randall Lewis Seminar Series at UC Riverside’s Center for Sustainable Suburban Development, UCLA professor of urban planning Michael Storper discussed how and why L.A.’s economic fortunes declined and San Francisco’s did not, in a lecture “How and Why L.A. Lost Its Economic Mojo: Lessons for other Southern California Regions.”

For much of the 20th century, the differences between the economies of San Francisco and Los Angeles – the 1st and 4th ranked metropolitan areas in the country in 1970 – were minor. Today, the 10-county Bay Area region remains No. 1 on the income scale. The five-county Los Angeles region, however, which includes the Inland Empire, has slid to No. 25.

Storper presented his insights into the reason for L.A.’s decline and lessons learned that could benefit other regions as they work to grow their economies. He made three statements that I found illuminating and something our Inland leaders – business, civic, and government – must consider.

Density of Connections – Unlike the Bay Area Council, a business leadership group that developed into a densely connected network, L.A.’s business leadership was – and still is – behind in mobilization and engagement of the community. In Southern California, smaller organizations compete with one another, he argued, instead of advocating for the region’s economic future. Northern California corporations and the Bay Area Council, at over 70 years old, have three times as many long-term connections and shared board members as any leadership organization or company here in Southern California.

Strong Regional Relationships – The literal “bridge building” projects that connected the various municipalities in the Bay Area, built a metaphoric bridge connecting geographically disconnected municipalities, forcing them to work together. They had to work together to complete the bridges, he said, which created the foundation for region-wide relationships and the platform for a region-wide vision.

The Power of the Word – Earlier and more consistently leaders in the Bay Area were using the term “new economy,” Storper explained. In three decades of the Southern California Association of Governments’ annual economic reports there was hardly a mention of the new economy used then or even now. During that same period Bay Area business and government leaders were talking about it, writing about it, and articulating it in their conversations about the present and future. I would argue that they understood the power of narrative, what author and organizational storytelling expert Stephen Denning calls “future stories”. It created a common aspirational narrative and shared vision for the future economy of the region.

“To succeed in the new economy,” he said both in the LA Times and on the UC Riverside campus, the Southern California region “must replace isolation and fragmentation with networking and connectivity.” And leaders must work together, think regionally, and articulate a vision of a future economy that attracts and supports a diversity of economic sectors.

There is an exciting movement happening in the region. Leaders from across sectors and cities are working together to build a stronger business ecosystem. The groundbreaking last week is just one example of how our collective effort can benefit the entire region.

"This is a major victory for not only Inland Southern California but for our entire state as well, one that belongs to future generations who will continue to benefit from the important work done by the Air Resources Board, UC Riverside's world-class Center for Environmental Research and Technology, and countless other institutions to keep our air clean and safe for all Californians, “ Senator Richard Roth said in a statement. Roth was instrumental in guiding the coalition.

"The work our community did to ensure we celebrate a victory today is a testament to the incredible planning and precision with which our community approached this endeavor. It demonstrates that we can accomplish great things for our region and state by coming together under a common vision and bipartisan purpose; and, it is exactly the type of collaborative leadership that all Californians deserve and should continue to expect from their leaders,” he concluded.