California’s Own, Kamala Harris, Makes History in More Ways Than ONE! 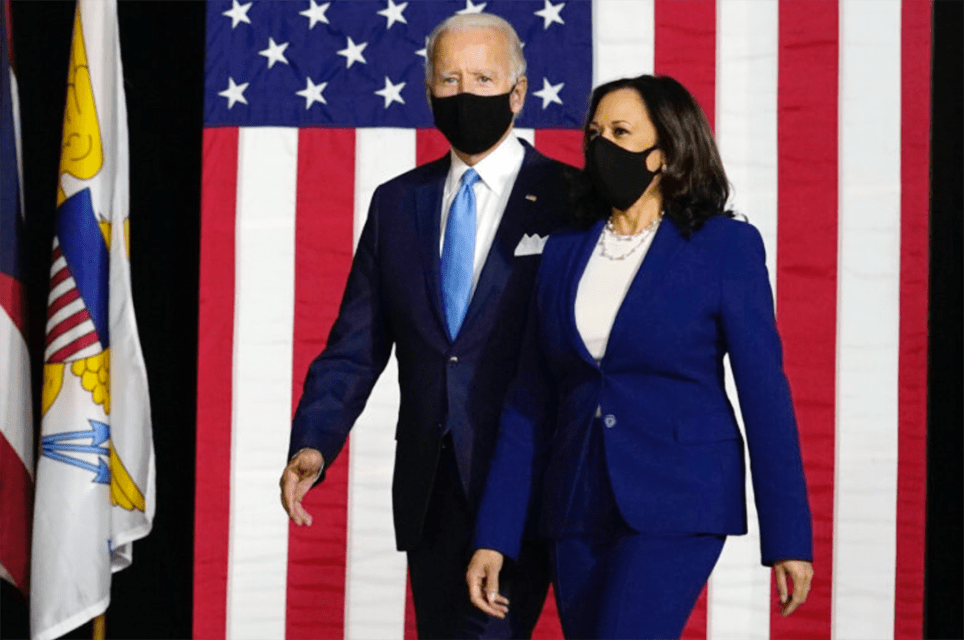 “I can‘t believe my good fortune. I’m so grateful to be a Black woman I would be so jealous if I  were anything else”

“We did it,” California Senator and Vice President elect Kamala Harris tweeted as soon as networks called Pennsylvania for the Biden/Harris ticket Saturday morning putting them over 270 and assuring their victory.

In the process their election made President Donald Trump, as Senate Majority Leader Mitch McConnell would say, “A one term president.”

Black Americans lifted Biden up during his darkest days of the Democratic Primary and on November 4, these same Black voters who chose not to dwell on his missteps of the past and instead focus on his compassion and humility as a man; his experience as a legislator and leader on the national and international stage; who remembered his loyalty to the nation’s first Black president Barack Obama; who was not afraid to put a Black woman on the ticket with him, showed up in historic numbers to carry Biden and Harris to victory. As a result, and in recognition of her own leadership credentials, on Saturday, November 7, 2020, Kamala Harris broke the glass ceiling of the nation’s second highest office. For the first time in 231 years, the United States of America has elected the first Black woman to serve aptly as the nation’s vice president.

Harris carries the weight of history on her shoulders for women, Blacks, Indian-Harris has shattered an unspoken covenant of an exclusive men’s club that has largely excluded minorities and effectively excluded women. Today, the nation said, “No more!”

As the first person of color elected to the vice presidency, her very “being” is the epitome of the multi-cultural America this nation is striving—in fits and starts—to become.

With the 2020 election of Joe Biden and Kamala Harris as President and Vice President the nation took another giant step in that direction. When President-elect Joe Biden selected Harris as his running mate in August he declared at the time, “You make a lot of important decisions as president, but the first one is who you select to be your Vice President.”

Black women pressured Biden to select a Black woman as his running mate because it was Black women who put him on the path to victory in the Democratic primary and although Harris was clearly on his short list, there were lingering concerns about whether he  would select her.

After all, she had directly challenged him during the first primary debate on the issue of bussing with such passion and bluntness, it caught him off guard and as speculated by many political pundits at the time, Harris clearly drew blood.

In addition, there was lingering speculation regarding her history as a prosecutor and how her record in that regard might turn away some Black voters—especially Black men. But, in the end and in the tradition of historian Doris Kearns Goodwin’s Team of Rivals, Harris was his choice.

Concurrent with the announcement of his selection Biden wrote clearly about his choice, “These aren’t normal times,” he said. “I need someone working alongside me who is smart, tough, and ready to lead. Kamala is that person.”

Harris has lived the passion, joy, and pain of being Black in America, of being the child of immigrant parents in America—her mother immigrated from India, her father from Jamaica, of being female in America. Her parents divorced when she was young and as a result, she and her younger sister shared the experience of so many people in America of all races raised by single mothers. Today, she proudly acknowledges her mother as the most influential person in her life.

She has lived the experiences of these communities because she is of these communities.  And voters across the country, looking for their own reflections in the nation’s halls of power, seeing the resiliency of a people in Harris, voted in unprecedented numbers to ensure that representation was reflected in the leadership of America.

People of color, especially Black people know intrinsically what Biden expressed months ago, “[She] understands the pain that so many people in our nation are suffering. I need someone who understands that we are in a battle for the soul of this nation.”

Harris is no neophyte to the trials and tribulations of leadership and like Biden is clear-eyed about what lies ahead. With approximately 20 years of political experience she has earned her stripes as a competent politician. She served as San Francisco’s district attorney, California’s attorney general and a U.S. Senator. She was also a candidate for president in the 2020 Democratic primary before exiting the contest.

The 56- year-old’s place on the ticket was significant. Only the second Black woman to serve in the U.S. Senate, she is the daughter of parents who met at U.C. Berkeley during the peak of social and political activism and were active in the civil rights movement. It was this activist passion she brought to the campaign trail and has now earned her an indelible place in history.

President elect Joe Biden has earned an unforgettable place in history as the vice president to America’s first Black president, Barack Obama; and now, will also forever be remembered as the first president to enter office with a Black woman at his side as vice president.

Biden has made it clear his goal is to be a transitional president possibly laying the foundation for Harris to break another glass ceiling in the future.

In a statement, former President Barack Obama shared he called and congratulated each of them [Biden and Harris] on their historic victory and for the campaign they ran during these unprecedented times.