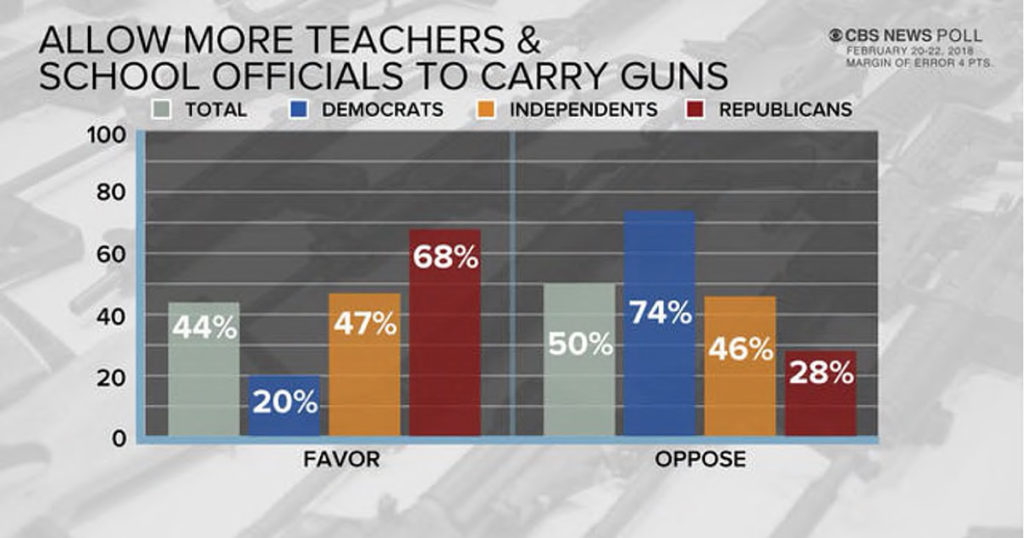 In the wake of the recent mass shooting at Marjory Douglas Stoneman High School in Parkland, Florida, President Donald J. Trump, aligning with the objectives of the National Rifle Association (NRA), has called for America’s willing teachers, campus administrators, and coaches to carry concealed weapons on school campuses.

Nearly two-thirds of Americans now support stronger gun control measures, according to a CBS poll taken late last week. However, the nation is sorely divided on the issue of gun-toting teachers.

In California, this issue was settled last October when Governor Jerry Brown signed AB 424, making it illegal for teachers and other school employees with concealed carry permits to bring guns onto school campuses effective January 1, 2018. The only exception to this new mandate is school resource officers.

Previous to AB 424, the existing law in California prohibited civilians from bringing weapons onto California campuses, but left it to the discretion of school superintendents as to whether teachers and other school employees could do so.

AB424 enjoyed strong support from the 300,000 California Teachers Association (CTA) members that noted when the legislation was signed into law in 2017, “Armed security should be left to the experts. But educators need and want continued training to help them spot potential mental health needs, bullying, or high-risk behaviors.”

The CTA’s support of AB 424 was not surprising, given the organization’s long history of opposition to educators carrying weapons on campus.