California: At the Forefront of Common Sense Gun Reform 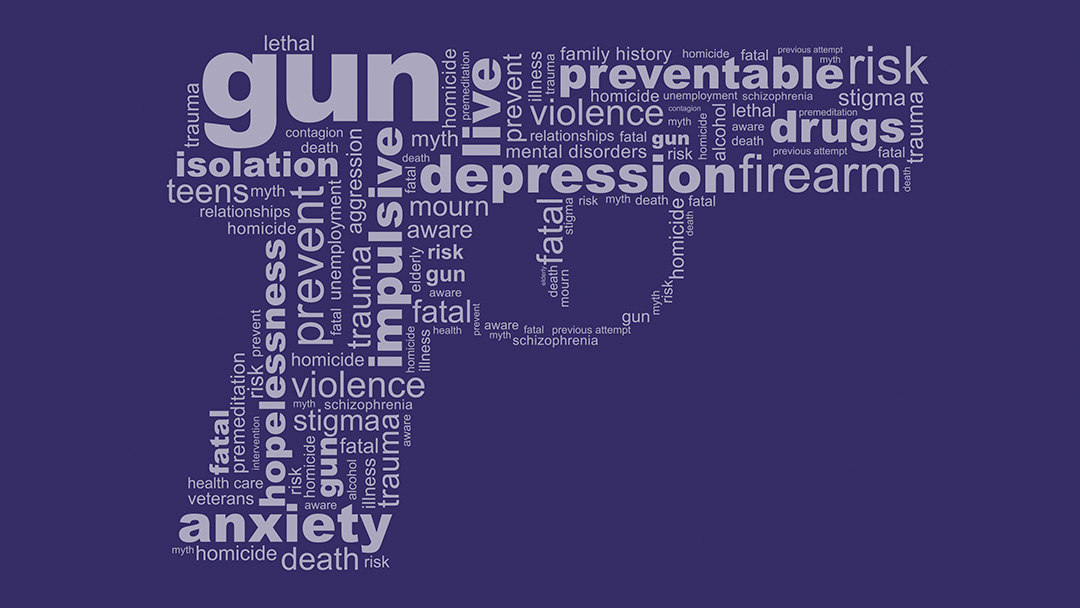 As this year’s legislative session came to a close last week, California representatives weighed in on common sense gun reform with the passage of two measures, SB1100 and SB1177, which raised the minimum age to purchase a firearm to 21 and expanded prohibitions on the purchase of more than one firearm a month, respectively.

On February 14, 2018, Nikolas Cruz shot and killed 17 people and wounded an additional 17 people at Marjory Stoneman Douglas High School in Parkland, Florida. The perpetrator was 19-years old at the time of the incident, and he used assault rifles. Following the incident Florida passed legislation to increase the minimum age for buying rifles to 21 years.

The National Rifle Association challenged the law and filed a lawsuit in the United States District court for the Northern District of Florida alleging that the ban on gun sales to people under 21 years-of-age was unconstitutional because it violated their rights under the Second and Fourteenth Amendments to the U.S. Constitution, because 18-year-olds are classified as adults.

“Citizenship means standing up for the lives that gun violence steals from us each day. I have seen the courage of parents, students, pastors, and police officers all over this country who say, ‘we are not afraid,’ and I intend to keep trying, with or without Congress, to help stop more tragedies from visiting innocent Americans in our movie theaters, shopping malls, or schools like Sandy Hook.”
President Barack Obama

It will be interesting to see whether the NRA prevails on this issue because the U.S. Supreme Court has previously let stand the federal law that prevents people under 21 from buying handguns. Across the country since 2009, eleven mass shootings have been committed by men aged 21 and younger.

California’s SB1100 received strong support from California Chapters of the Brady Campaign to Prevent Gun Violence. The organization shared its belief, the provision made sense because those under 21 years-of-age are disproportionally linked to crime.  The organization noted, “In 2015, 23.4 percent of those arrested for murder and non-negligent manslaughter in the U.S. were under 21 and 26.5 percent of those arrested for ‘weapons carrying, possession, etc.’ were under age 21.”

Young people between the ages of 18 and 20 are only four percent of the population, but according to the Brady organization, they commit 17 percent of gun-related homicides. Adding in part, “. . . maturity, impulsive or reckless behavior and responsibility vary greatly among 18 to 20-year-olds.” It further noted how this is recognized in other areas as well stressing, “Those under age 21 cannot buy alcohol, rent a car, or purchase a handgun, and the same age restriction should apply to long guns.”

A study of handgun sales in California by the Centers for Disease Control and Prevention found that suicide was the leading cause of death for handgun purchasers in the year following a gun purchase. In the first week after purchase, the study showed the firearm suicide rate among purchasers was 57 times higher than that of the general population.

Last week, state legislators passed SB1100, and in the process agreed to change existing California law in this regard. This bill now prohibits the sale or transfer of “any firearm” [not just handguns] by a licensed dealer, to any person under 21 years of age. 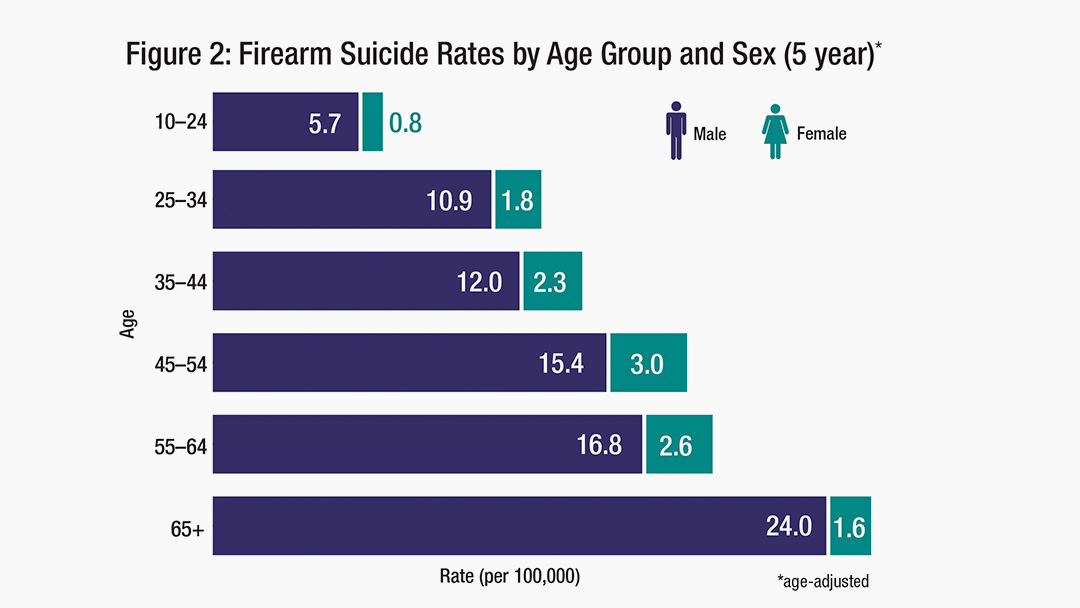 A spokesperson for the Outdoor Sportsmen’s Coalition of California who opposed the legislation argued that rather than raising the minimum age for lawful individuals to purchase a rifle or shotgun, or limit such purchases to one firearm per month, “Experience with mass homicides and other crimes involving firearms has clearly shown that the focus should be on preventing criminals and individuals suffering from mental illness from acquiring firearms, not on those who are not a part of the problem.”

The group further argued that a person who intends to commit such crimes, or other illegal acts involving the use of a firearm, will always be able to obtain firearms through unlawful sources without going through a licensed firearms dealer and claimed the restrictions proposed in SB1100 would not prevent it.

Despite this opposition, after being cleared by a Senate vote in June, the measure was approved by the Assembly last Tuesday. SB1100 had several co-sponsors and when the measure successfully passed the Senate in June and was on its way to the Assembly, the bill’s author Senator Anthony J. Portantino, D–La Cañada Flintridge.

“This bill sends a clear message to those in Washington who continue to ignore the cries for change to our gun laws. Here in California, we create change and respond to gun violence with sensible control. As a dad and a legislator, I am determined to help California act appropriately,” said Portantino when the measure cleared the Senate in June.

SB1100 was not the only piece of common sense gun reform legislation authored by Portantino during the 2017-18 legislative session. SB1177 will prohibit a person from making more than one ﬁrearm purchase within a 30-day period in California.

Under existing law a person was prohibited from making more than one application to purchase a handgun within any 30-day period and prohibited a firearms dealer from delivering a handgun to a person whenever the dealer is notified by the Department of Justice that within the preceding 30-day period, the purchaser has made another application to purchase a handgun that does not fall within an exception to the 30-day prohibition.

With the passage of SB1177, the 30-day prohibition and the dealer delivery prohibition described above becomes applicable to “all” types of firearms not just handguns. The bill excepts from that prohibition the purchase of a firearm, other than a handgun, by a person who possesses a valid, unexpired hunting license issued by the State of California as well as any firearm other than a handgun that is purchased at a specified charity fundraising event. A violation of the requirements specified in SB1177 is a crime. 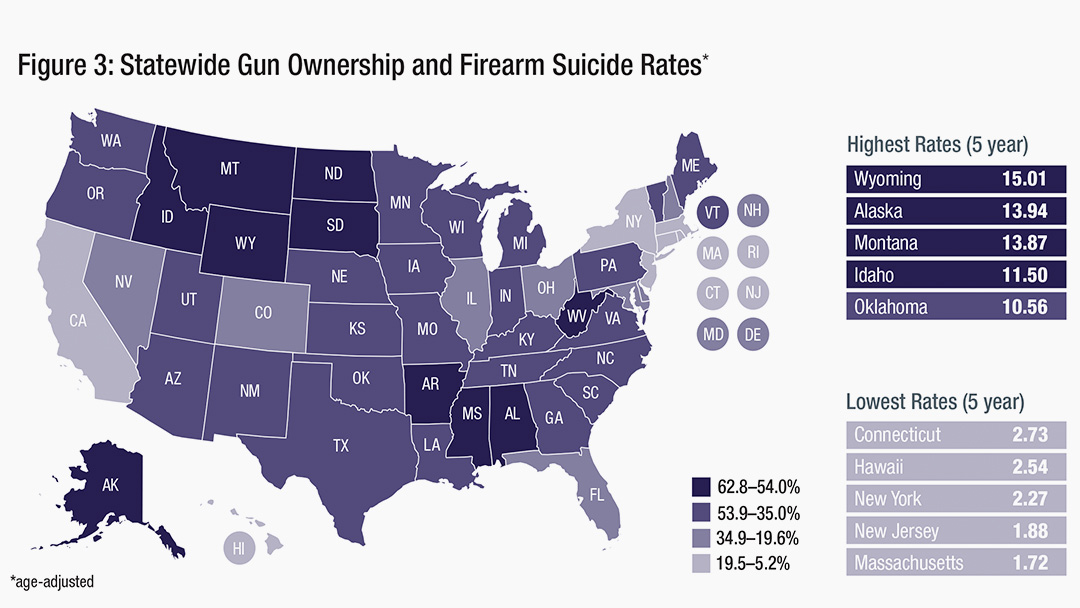 SB1177 is rooted in the “one-handgun-a-month” law enacted by the State of Virginia in 1993 (before the Federal Brady Bill, which required at least a five-day waiting period plus a background check for states without such requirements). Before the law was enacted, Virginia purportedly had weak restrictions on handgun sales. It’s been further reported that gun traffickers from New York City routinely traveled to Virginia to purchase quantities of weapons to take back for illegal sale in other states.

Many assume that the Virginia limits and the limits in SB1177 would only affect a very small proportion of legitimate handgun purchasers noting that a family of two adults, for example, could still purchase 24 handguns a year under the provisions of both bills—Virginia’s data proved otherwise.

Although Virginia repealed its law in 2012, the record showed that during the years it remained in effect (1993 to 2012), it significantly reduced the number of crime guns traced to Virginia dealers. Virginia had initially adopted its law after the state became recognized as a primary source of crime guns recovered in states in the northeastern part of the country. After the law’s adoption, the odds of tracing a gun in another region that was originally purchased from a Virginia gun dealer declined dramatically.

When advocating for the measure’s passage, the California Chapter of the Brady Campaign to Prevent Gun Violence who, in addition to SB1100 also supported this measure said, “This is current law for handguns and is a recognized strategy for curbing the illegal flow of guns by taking the profit out of the selling guns from bulk purchases on the black market.” And added, “It stands to reason that a person buying large quantities of guns at one time may be acting as a straw purchasers or gun trafficker.”

The organization stressed how firearms acquired in bulk are frequently used in crimes and quoted from a University of Pennsylvania report noted that, “A quarter of all guns used in crime were purchased as part of a multiple-gun sale and that guns purchased in bulk were up to 64 percent more likely to be used for illegal purposes than guns purchased individually.”

The Outdoor Sportsmen’s Coalition, one of the groups who opposed the legislation offered some of what some consider the over-used arguments against common-sense gun legislation including, “Firearms ownership by individuals is a constitutionally protected right of all adults;” and, “Denying firearms ownership or limiting all adults to a maximum of one rifle or shotgun purchase per month, will not solve crime and mental health problems.”

Now that these measures have successfully passed both houses of the California legislature it remains to be seen whether Governor Brown will sign both bills into law.

Brown continued, “While well-intentioned, I believe this bill would have the effect of burdening lawful citizens who wish to sell certain firearms that they no longer need.  Given California’s stringent laws restricting gun ownership, I do not believe this additional restriction is needed.”

It is unclear whether the governor has changed his thinking on this issue and whether he will sign these bills into law or issue another veto statement—time will tell.