He was the eldest among my siblings and the only boy in a home filled with seven younger sisters—my sisters and I adored him. Our father passed away when we were young, so Harry was more than a brother. He was our substitute dad, our confidant, our advisor and when needed, our defender. He was four years older than I and looking back through the eyes of my younger self he seemed so wise, so confident.

I was aware of the Viet Nam War but being just shy of 13 when he enlisted, not fully cognizant of what a far away war truly meant to us at home; but, I did understand there were dangers and possibly death waiting for many who fought in the jungles over there.

Harry however was in the Navy on a ship—the USS Constellation—somewhere off the coast of Viet Nam, a place I assumed was safe from the dangers of Viet Nam itself.

When he returned home after his tour of duty, I was so proud. He looked amazingly handsome with his brown skin contrasting against those Navy whites. He came back as kind and loving as ever to my mother, sisters and me but something had changed. There was a darkness around his young eyes, a difference in how he walked and when he later shared some of the horrible injuries, deaths, etc. he had witnessed aboard his ship, I understood in part, what changed him.

Later, I also learned he’d returned home addicted to heroin. As you might imagine the addiction overtook his life, destroyed his marriage and rendered him unable to hold a job. For years my beautiful hero was a shadow of a man.

I must admit my sisters and I enabled him for years until we finally realized we were aiding in his destruction and stopped giving him money. Ultimately, after using for 23 years, he “hit bottom” and finally found the courage and strength to overcome his addiction. The good news is, by the age of 43 he had turned his life around. He was clean, sober and held a full-time job at the Veteran’s hospital in Los Angeles—finally, his life was good.

All of that changed Thanksgiving Day 1992. Harry was late to the family dinner and when we called to see where he was, his girlfriend explained he felt ill and had an appointment to see the doctor on Monday. He did not keep the appointment. So, on Tuesday, my son and a brother-in-law who both happened to have the day off, volunteered to take him to the doctor’s office.

I received a call from my son mid-morning advising me to get to the hospital ASAP. They were taking Harry into emergency surgery. There was a tumor on his brain he advised nervously, and the doctors had warned, “there was no time to waste.” 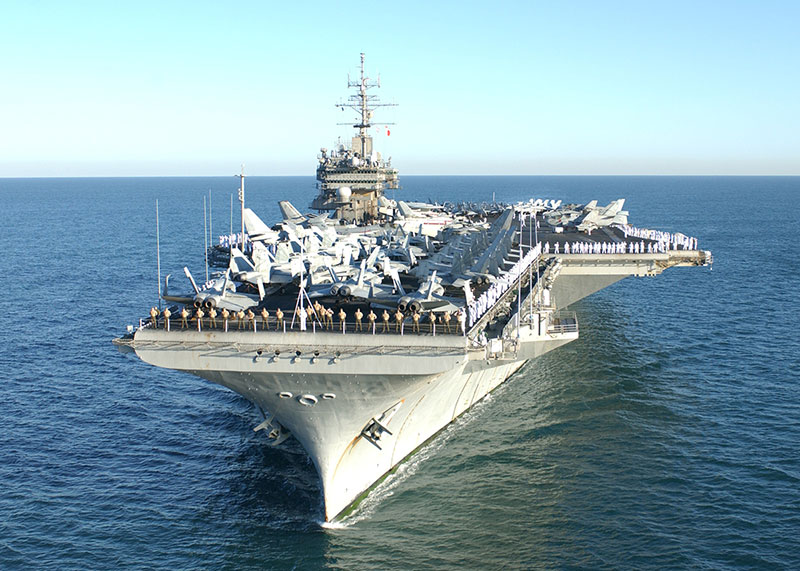 The family rushed to the hospital just as they wheeled Harry to surgery. Three to four hours later the surgeons emerged with devastating news—the tumor in his brain was cancerous and worst yet, it was systemic—it had originated in his lungs and spread. It was early December 1992.

In the subsequent weeks, he was in and out of the hospital. And two short months later in early February, Harry asked me to take him home. I did. The family gathered there and within a day and a half, at the age of 46, he was gone.

In those frantic few days/weeks between the diagnosis and his passing, we started the process of trying to qualify him for military benefits related to agent-orange. The U.S.S. Constellation was an aircraft carrier and many stationed on board loaded agent-orange onto aircraft that dropped it over Viet Nam or were exposed in other ways. One of Harry’s lungs had collapsed while serving aboard the ship and we were confident he qualified for benefits. In our naiveté, we believed the Navy would rush to his aid, the benefits would be approved thus providing him access to a better quality of life while he fought the cancer—we didn’t know we had such little time or it would take decades for benefit approval. When he passed, we stopped our quest—he was gone—the benefits could no longer serve him.

Because he was treated at the VA hospital, we often heard rumors that many young men stationed aboard the same ship as Harry had already passed away of various cancer related illnesses. In later years we would learn, when he boarded that ship at 17, his life was at risk—possibly less from the dangers of war than from the apparent disregard of our own government.

We learned those stationed on the U.S.S. Constellation were exposed to high concentrations of asbestos and many navy veterans developed mesothelioma or lung cancer as a result. In addition, we learned had he lived longer, he ultimately would still have died waiting for agent-orange benefits. He was among the tens of thousands of veterans exposed to agent-orange on ships—the so called, “Blue Water Navy Veterans,” who were denied such benefits because they had not served on land.

Last week, I read the U.S. Senate and House of Representatives had finally passed the “Blue Water Navy Viet Nam Veterans Act of 2019” that will extend benefits to veterans who served in the territorial waters off the coast of Viet Nam and were exposed to agent-orange. I’m happy for those deserving navy vets and their families.

Harry’s been dead for more than 22 years, had he lived, he would be 73 years old today. This tells me too many of those deserving Blue Water vets like my brother, died waiting for the government to act.

My brother was passionate and spiritual. He loved poetry, art and jazz. I remember how he cried when Coltrane died and recall how he struggled to explain to me why he felt so deeply for someone he never personally knew—somehow, even without words, I understood.

Like me and many of my other siblings, he also loved to read. One of our last discussions about books happened just days before he died. He asked if I had read Toni Morrison’s ‘Jazz.’ “Not yet,” I responded. “You should read it,” he advised.” I think she’s gonna win a Pulitzer prize for this one.” I still smile when I think about how prophetic he was in this regard. In October 1993 just months after his death, Morrison was indeed awarded the Pulitzer prize for ‘Jazz.’

Sometimes my heart aches when I think of Harry even after all these years. I still miss him and I try not to dwell on how he suffered, how his life was cut short, or how our government failed him and tens of thousands of other Blue Water Veterans—the thought of that failure weighs heavy at times. That is then I’m reminded of a line from ‘Jazz’ when Rose Dear’s mother told her, “He [God] ain’t give you nothing you can’t bear.” I know that’s Harry talking to me.

This is the story of my “Blue Water” veteran. I’m keeping it real.