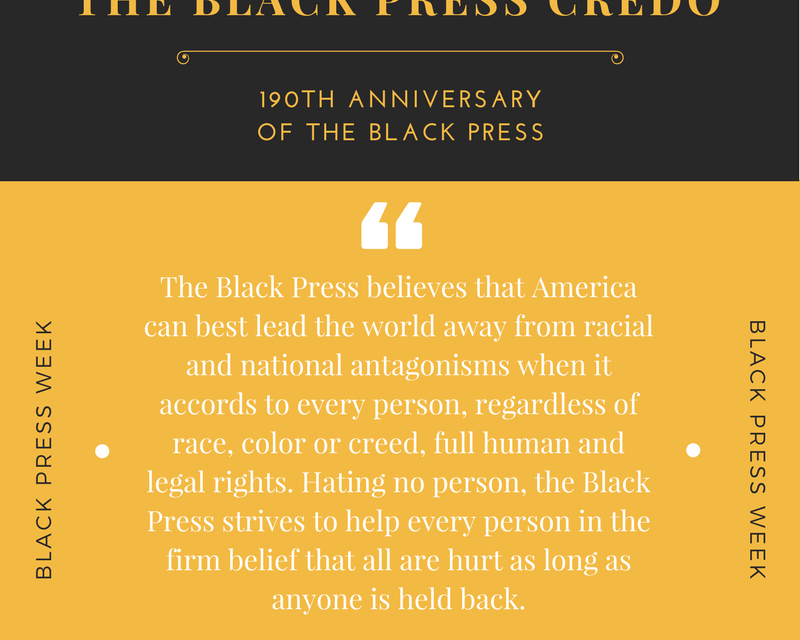 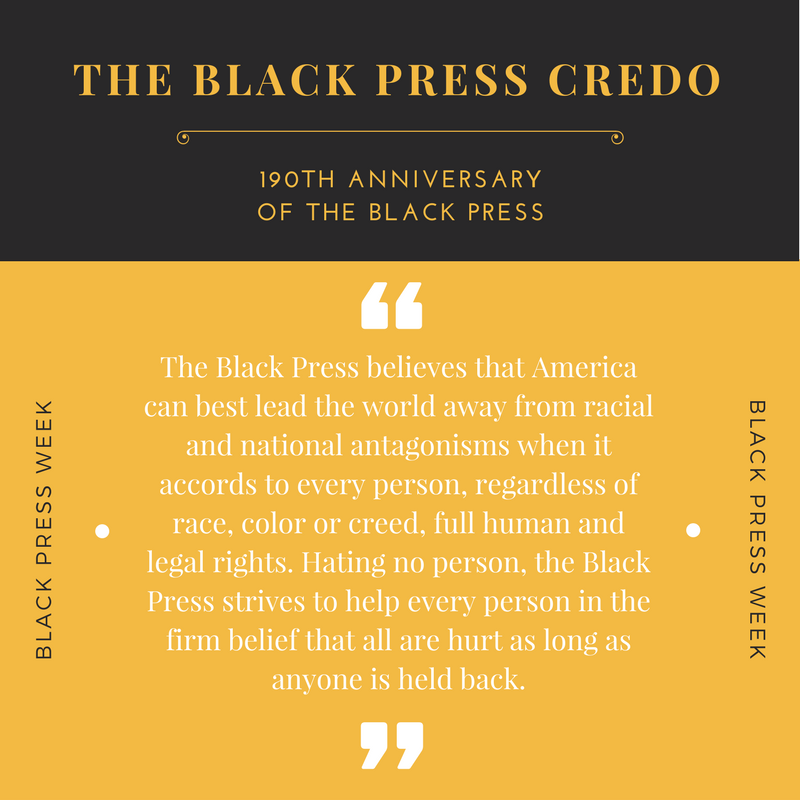 This week the nation celebrates Black Press Week and the 190th anniversary of the founding of the first Black newspaper The Freedom’s Journal.

Back then, the Black Press fought for freedom, and not just freedom of the press, but also literal freedom from physical bondage. For example, Frederick Douglass founded The North Star newspaper in Rochester, New York to speak out against the injustices he witnessed first hand before he freed himself from slavery. And after that battle was won, there was the fight for freedom from racial terrorism and hatred. As I have noted in a past column, contemporary scholars have described Ida B. Wells’ writings in her newspaper the Memphis Free Speech as “nothing short of incendiary.” Fighting against the “Reign of Terror” of lynching that engulfed the southern states during her era, Wells delivered a speech to the National Press Association and explained “a fearlessly edited press is one of the crying necessities of the hour” and “that if persecuted and driven from one place, we must set up the printing press in another and continue the great work until the evils we suffer are removed…laboring to fill our columns with matter beneficial and calculated to stimulate thought.” Her editorials eventually led to the destruction of her newspaper offices and very pointed death threats that prevented her from ever returning to the south. 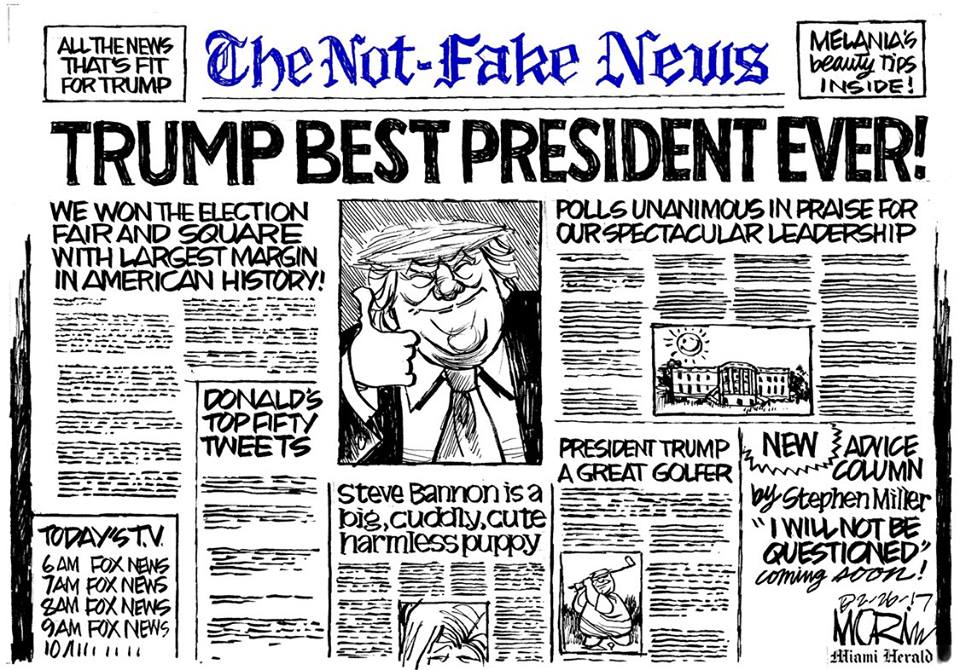 Much like during that era, America’s news media finds itself under attack again. But instead of angry mobs clamoring at our doors to destroy our printing presses, we have an administration that uses “mob-like” tactics of intimidation to censor and vilify the entire profession. In an essay published during “Sunshine Week” last week the Society of Professional Journalists’ Freedom of Information committee member Kathryn Foxhall took on the subject of censorship in the “Era of Trump”, and expressed concern that President Trump has already labeled major press outlets the “fake news media” and the “enemy of the people.” She admitted that although the flow of federal information has been censored and increasingly under tighter controls for over 20 years, Trump’s added attacks on the press are even more alarming. “It takes away trust in our systems,” she said, “it puts democracy itself in question.”

In “Forecasting Freedom of Information,” a Knight Foundation study released earlier this month, half of the respondents surveyed said that access to public records has gotten worse during the past four years and nearly 9 of 10 predicted that under our new national leader access will get even worse.” This week as we celebrate the legacy of the Black Press, Ida B. Wells’ words should be a rallying cry for all of America’s news media. We must remember her passionate pronouncement that “a fearlessly edited press” is still one of the “crying necessities of the hour.”