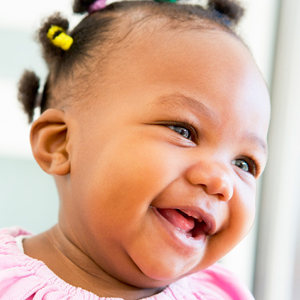 Dear Dr. Levister: My son weighed 4.5 pounds at birth. What are his chances for developing diabetes? L.W.

Dear L.W: African-Americans born at low birth weight are at an increased risk for Type 2 diabetes later in life.

A low birth weight baby can be born too small, too early (premature), or both. This can happen for many different reasons. They include health problems in the mother, genetic factors, problems with the placenta and substance abuse in the mother.

Some low birth weight babies may be more at risk for certain health problems. Some may become sick in the first days of life or develop infections. Others may suffer from longer-term problems such as delayed motor and social development or learning disabilities.

High birth weight babies are often big because the parents are big, or the mother has diabetes during pregnancy. These babies may be at a higher risk of birth injuries and problems with blood sugar.

Researchers at Boston University School of Public Health followed more than 21,000 women ages 21 to 69 who were enrolled in a large study of African-American women’s health for 16 years. Some 2,388 of them developed Type 2 diabetes.

After controlling for age, family history of diabetes, weight, socioeconomic status and other factors, they found that girls born at 5.5 pounds or less were 13 percent more likely to be found to have Type 2 diabetes later in life, compared with babies born at normal weight.

Girls born at less than 3.3 pounds were 40 percent more likely to develop the disease, the researchers found. Their study appears in the September issue of Diabetes Care.