Becoming A Transformative Force In The City 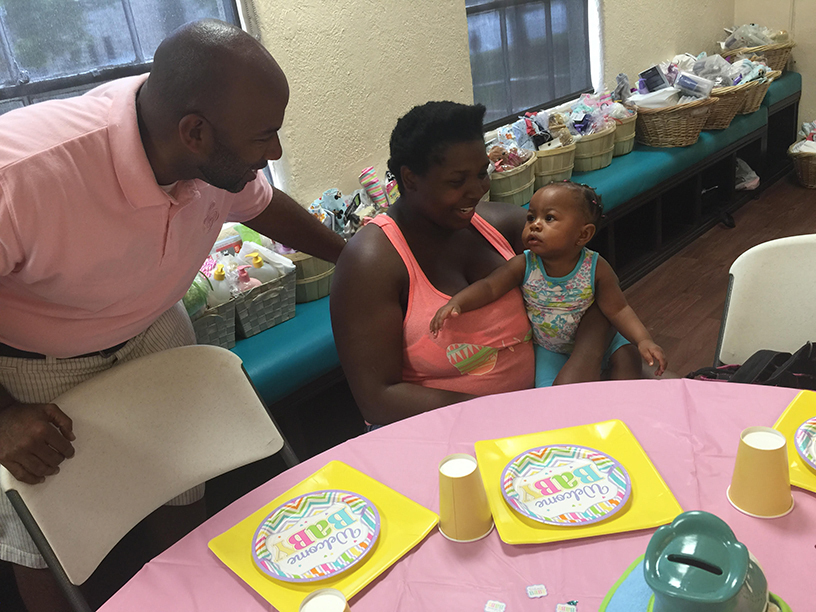 Last week’s column on Perris Councilwoman Tonya Burke and her fight with warehouse developers in her city sparked a number of comments, emails, and telephone calls. Some readers wanted to educate me on similar issues they are facing in their communities. Others wanted to discuss regional land use policy (you will read about that issue in future columns). There were those who wanted to applaud the councilwoman’s fortitude and encourage her to continue to fight on behalf of her constituents. And then there was a call from Wade Forde.

Wade is the pastor of two Seventh-Day Adventist churches in downtown Perris (Lake Perris and Perris 5th Street), both congregations have been in the city for over 60 years. He was appointed to his post at Perris 5th Street almost five years ago and Lake Perris a year later. Our mothers have been friends for decades, so I have known Wade since the day he was born…which brings me to the reason for his call.

He invited me to attend a citywide baby shower for young mothers-to-be, a joint project by the two churches. And since Perris had been on my mind all week, I thought it only appropriate that I attend. Held at the city’s Glass Gymnasium, the baby shower was funded by a grant from the Adventist Pacific Union Conference’s Creative Evangelism Fund, and treated 12 mothers and 50 of their friends and family to a celebration of new life complete with gifts of diapers & assorted baby products, cake, baby-themed decorations, and even traditional baby shower games including asking attendees to guess the number of gumballs in an oversized baby bottle – by the way, there were 427. 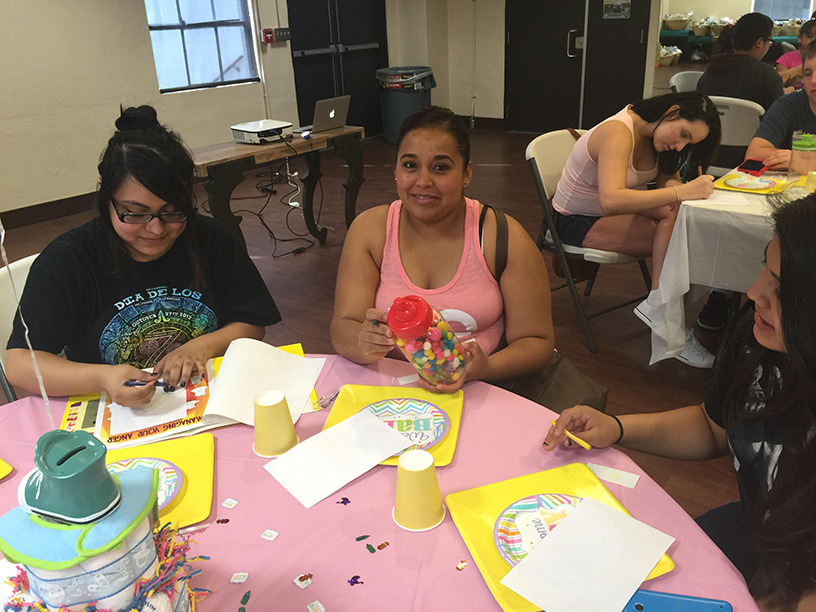 The event also featured speakers: Loma Linda University’s Dr. Olivia Moses who spoke on the impact of good nutrition on the mother and child, and Vicki Marshall who addressed the topic of anger as it pertains to parenting. The larger goal, Wade shared with me, is to touch 100 mothers by the end of the year. This event is the first of several already scheduled.

Most of the participating mothers-to-be were from the local high school as well as a junior high school. “We selected this particular ministry because we believe the low socio-economic status of our community is tied to our high drop-out rate, and one of the contributing factors to the high drop-out rate is teen pregnancy.” As a father of seven-year-old twins and a 16-month-old daughter, Wade knows the challenges that even the most prepared parents face in raising children today. “We want to empower them to be better mothers to the next generation…if we impact them, we impact the next generation,” he said.

Wade isn’t stopping with the baby showers. The churches will be creating parenting classes and later this month will be opening a free preventative health care clinic under the management of Dr. Tracy Dawes, a Loma Linda University graduate who attends his 5th Street Church.

Like Councilwoman Tonya Burke, Wade is becoming a transformative force in the city, leading two congregations of people who also believe in helping those most in need, and not just on the Sabbath. The churches provide groceries to over 100 families every Friday morning, “they begin lining-up as early as 5 am every week”. They host health fairs and provide free screenings and information on nutrition in both English and Spanish. Even their annual church picnic was spent feeding Perris’ homeless population.

When I asked Wade what he thinks Perris needs, he thoughtfully paused, flashed a boyish grin, then said pensively, “We need more leaders who have a bigger vision of what this city can become. Perris is an under-resourced city and too many of the resources we do have are being used to build-up the border area at the expense of the downtown core…too much of that investment is in the places and not the people.” There is so much more he acknowledged. “We need to attract industries that compel a demand for higher levels of education,” he said referring to the influx of warehouse jobs, “our people are going from the poor to the working class poor.”

While he and his congregants are focused on those in the most need, Wade believes it’s the working poor that can be boosted into the more stable middle class if there were more full-time jobs that paid a living wage. He’s seen it work in other communities and believes Perris should be striving for the same.

“I think there needs to be an overall longterm community supported vision set by the city. One that draws on not just civic and community organizations, but on the strong church community. One that intentionally attracts the kinds of industries that aren’t just good for minimum wage jobs, but provide jobs for better futures. And one that brings together all invested parties – Education, Civic, Community, Church, and the people of the community – to show we are a community that desires to be more that we are now but instead a community preparing for tomorrow.”