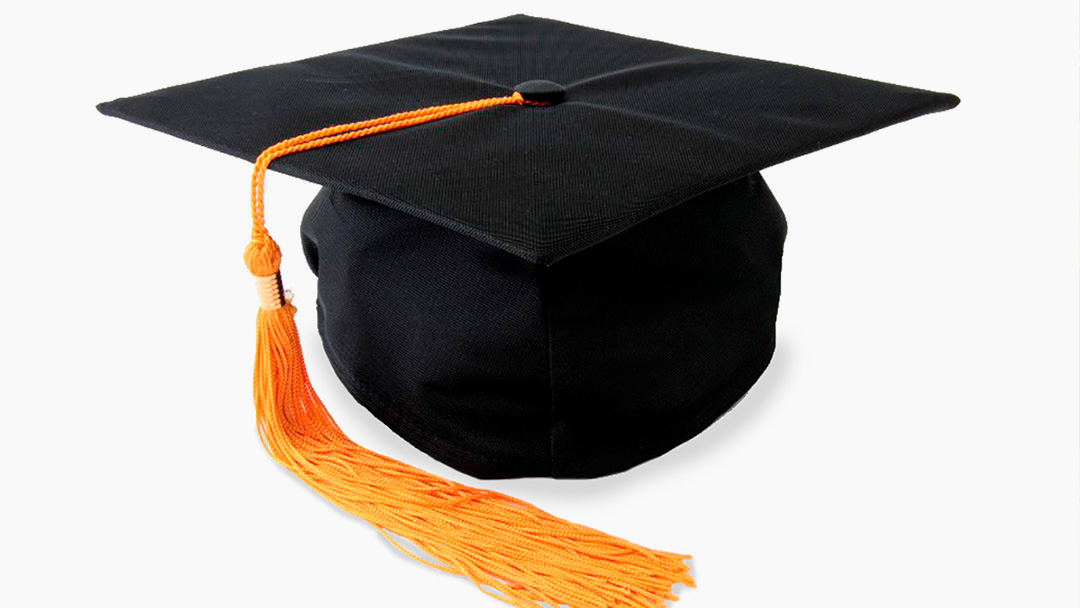 Included among the millions of American students preparing for the 2018-2019 school year is a cohort of young people entering high school across the state of California as freshmen.

The quintessential question that will follow these freshmen for the duration of their high school careers is—how many of them will ultimately become graduating seniors?

The California Department of Education answered that very important question regarding students who started high school as ninth graders in 2013-14 and graduated on-time four years later in 2017. According to state’s just released  2017 High School Graduation Rates report, 82.7 percent of those students graduated successfully and on time.

This percentage represented a slight decline in the state’s graduation rate as compared to the 83.8 percent who attained graduation in 2016. State Superintendent of Public Instruction Tom Torlakson attributed the decline to a new methodology that was adopted by the state in response to a federal audit.

The changes eliminated the inclusion of two groups from the cohort calculation. The groups no longer included in the calculation of high school graduates are those who receive an adult education high school diplomas and students who pass the California High School Proficiency Exam. Although these two groups are no longer calculated in the high school graduation totals, students who transfer to adult education programs or a community college will remain in the denominator for the cohort calculation.

Despite these changes and their impact on the state’s graduation rates, Torlakson remarked, “California continues to make excellent progress in education.” Adding, “The percentage of our graduates eligible for the University of California and the California State University is soaring. In addition, more of our students are passing Advanced Placement ® exams and the number demonstrating proficiency in a foreign language has quadrupled since 2011.”

Torkalson also admitted, however, that the data also revealed what he defined as—a significant challenge. “As in previous years, disparities in graduation rates continue.” Torlakson said admitting that much work needs to be done to narrow what he said is a “pernicious, persistent” achievement gap between students. “We have a long way to go and need help from everyone—teachers, parents, administrators and community members—to narrow these gaps.” 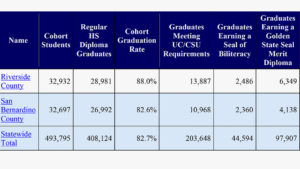 Alejandre discussed the changes enacted by the California Department of Education as detailed above and noted how students in the county nearly matched statewide averages for graduation rates. “I applaud our students, families, schools and districts for the efforts that have been made to increase our countywide graduation rates, but there remains work to do to ensure that every student is college and career ready by the time they graduate from high school.”

Alejandre also addressed the disparities in graduation rates identified by Tokalson as a significant challenge across the state. For African American students in San Bernardino County the 2017 graduation rate was 75.9 percent versus 84.6 percent for Whites. Although this reflects a 8.7 disparity, Alejandre noted it is nearly three percent above the statewide average of 73.1 percent for African American students.

Commenting on the graduation rates of African American students in San Bernardino County Alejandre said, “During the past eight years of the state using the California Longitudinal Pupil Achievement Data System (CALPADS), African American students in our county have made 15.6 percent growth in high school graduation rates while closing the achievement gap with White students from 10 percent to 6.7 percent.”

Alternative schools include, but are not limited to, continuation, juvenile court, county-run special education schools, alternative schools of choice These schools serve high risk students who are already at the greatest risk of dropping out, compared with the broader population at traditional high schools.

Tokalson has advocated for vastly expanding the teaching and learning of world languages and is committed to more than tripling the number of students who receive the State Seal of Biliteracy by 2030. Tokalson’s Global California 2030 initiative reflects his commitment to this goal.

To view state, county, district, and school graduation and dropout rates, visit the California Department of Education’s DataQuest web page located at under Data and Statistics at http://www.cde.ca.gov/

“For America’s students, the new school year is a time for learning lessons, making friends, and setting goals. For America’s parents, it is a time to focus on the role education plays in their children’s lives and future. And for our Nation, it is a time to strengthen our efforts to improve the quality of education and to make America’s schools safe, nurturing places where children can reach their full potential.”
President William J. Clinton