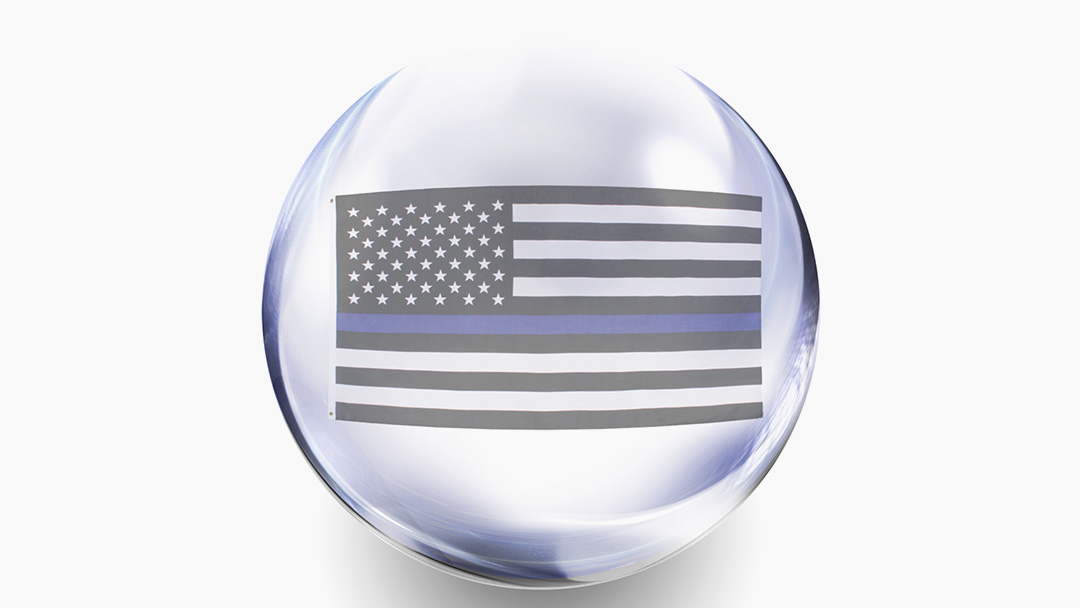 When California Governor Jerry Brown signed SB 1421, the Police Officers Release of Records Act into law on Sunday, September 30, the state took a major step toward assuring the veil of secrecy which served as a shield for rogue police officers for more than forty years would no longer be impenetrable. Lobbying by police organizations successfully blocked a similar measure two years ago.

The legislation reads in part, “The public has a right to know all about serious police misconduct, as well as about officer-involved shootings and other serious uses of force.” It further states, “Concealing crucial public safety matters such as officer violations of civilians’ rights, or inquiries into deadly use of force incidents, undercuts the public’s faith in the legitimacy of law enforcement, makes it harder for tens of thousands of hardworking peace officers to do their jobs, and endangers public safety.”

Nationally, California is considered a leading advocate on progressive issues that range from environment to protections for immigrants and affordable health care, etc.  at the same time however, the state has simultaneously maintained a reputation as the most secretive state in the country in regard to police transparency.

As an example, California is the only state in the nation where even prosecutors are prevented from directedly requesting an officer’s personnel records. They are required to go through a series of administrative twists and turns before they can determine whether the officers’ personnel file contains exculpatory material.

Police unions and others who opposed SB 1421 claimed it threatened police officer privacy. In addition, some asserted it would burden agencies with a wave of civil lawsuits they cannot afford.

State Senator Nancy Skinner (D-Berkeley) who drafted the legislation and those who supported it, viewed the measure in a different light. “We want to make sure that good officers and the public have the information they need to address and prevent abuses and to weed out the bad actors,” she declared in late August during a final push to pass the measure into law. “SB 1421 will help identify and prevent the unjustified use of force, make officer misconduct an even rarer occurrence, and build trust in law enforcement.”

Skinner hoped the new law will create a balance between those who have advocated for police transparency/accountability and law enforcement unions wary of providing public access to confidential internal affairs.

The IE Voice/Black Voice News reached out to prominent Criminal Defense Attorney Jim Terrell of the Law Office of James S Terrell in Victorville for his insight on this important piece of legislation.

Earlier this year Terrell, in partnership with Criminal Defense Attorney Sharon Brunner, also of Victorville, represented the family of Nathaniel Harris Pickett Jr. in a federal civil rights case.  Pickett Jr., a mentally ill Black man, was unarmed when he was shot and killed on the night of November 19, 2015 by San Bernardino County Sheriff’s Deputy Kyle Woods.

The jurors awarded Pickett’s family a $33.5 million-dollar settlement in the case. It included an award of $15.5 million in compensatory damages and $18 million in punitive damages. It was the largest settlement ever awarded against San Bernardino County.

Commenting on SB 1421 becoming law Terrell said, “Generally, I really like the measure. It is trying to bring transparency to the public about law enforcement interactions and there couldn’t be a better time than now. We are torn by story after story about shootings.”

According to Terrell, “The release of officers’ personnel records is probably one of the biggest problems that we have and the biggest inconsistency I’ve ever seen in law enforcement.”

Under California’s evidence code attorneys are required to file what’s called a “Pitchess motion” for discovery of the personnel records of the police officer(s) in order to determine whether the officers’ personnel records contained exculpatory material. “When we do a Pitchess motion,” Terrell explained, “it goes before a judge to have someone from the county come in and say whether this officer has been caught using excessive force or beating people.”

“We are demanding police transparency and accountability, so we can build trust and work together to make our communities safer.”
Malcolm Jenkins

Attorneys currently get inconsistent results, Terrell noted. He offered the following as an example.  “One where my colleagues ran a motion on an officer and it came back with nothing on his record. Two weeks later, I ran one [on the same officer] and low and behold, I get a slew of incidents of excessive force.”

He further explained this can happen because of the tremendous discretion the court exercises and follows on whether they will or will not release information.

“I think when you are talking about catching an officer being dishonest, falsifying evidence—which was always a crime—those records should be available and open.” He added, “I don’t think their divorce records or things of a personal nature should be involved, but anything that involves incidents of the excessive use of force, should be open to the public.”

Terrell expressed his belief such transparency will encourage officers not to engage in such conduct. He also referred to the ACLU’s efforts in this regard which he believes are also important. According to Terrell, there was purportedly an agreement reached between the ACLU and the County of San Bernardino. “Anytime there’s a use of force,” he explained, “without any waiver of confidentiality whatsoever or otherwise, they [Sheriff’s Department] are supposed to provide it.” Adding, “But, I’ve never seen it actually complied with. I’ve never seen it used.”

Terrell highlighted how the enhanced ability to look into police officer’s records regarding any history of the excessive use of force against the public or that reveals they lied in judicial proceedings or made false reports are things that should be clearly available to the attorney of any person the government is trying to prosecute. 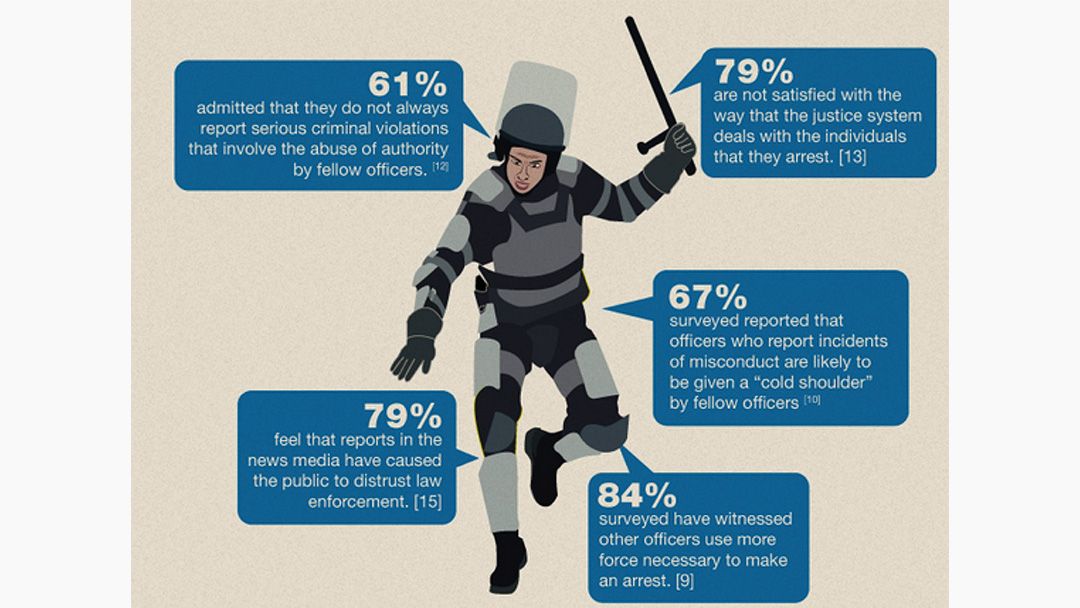 For Terrell, SB 1421 has real time implications. He explained, “There is an officer that has been sued seven times in federal court. I think the county has paid off four of the seven already. Yet when I did a motion [information in his personnel records] before the court, it came back with nothing at all. . . Nothing.”

In another example he referenced the Pickett case mentioned above. Jurors in that case found Officer Woods responsible for the murder of Pickett. “There was nothing in Woods’ personnel file at all indicating he was being sued for the murder of Nat Pickett. Since that time, even after the jury determined it was a bad shooting, a wrongful death, he [Woods] shot another individual. I’m sure if we ran his background today neither [shooting] would show up.”

“I don’t even know what information is required to go into personnel files, Terrell said. If they are hiring people that are caught on camera kicking and beating a handcuffed man, what are they putting in their files?” Terrell asked rhetorically.

So much remains to be done related to the issue of police transparency, he advised. “We need people to come out and make bold determinations like they have in some counties who have [already] declared ‘regardless, we are going to be transparent.’”

“For whatever reason,” he added, “this government is so afraid of us being able to look at what our representatives actually do, especially in regard to law enforcement.”

Yet, when an unarmed citizen is brutally beaten or shot to death by police the first reports about any such event usually includes negative information from the victim’s background, i.e., they were suspended for fighting in high school, they were arrested for possession of marijuana, they had a felony or an existing warrant, even though this information has no relevance to the case.

In the meantime, the public is fed a steady media diet of the wrong-doings of a now tarnished suspect, no longer given a benefit of the doubt as a possible victim who was wrongfully beaten or murdered by police. Certainly, this is not always the case, but far too often in today’s America, it is.

Consider the police killing of Stephon Clark in Sacramento earlier this year—”[he was] released from county jail about a month before the shooting.” Or, closer to home, the 2016 case of Matthew Tucker of Temecula, shot to death by police after his mother called for suicide intervention—”initial police reports  allegedly cited inaccurate, incomplete, and/or false information about him;” or, Dante Ramon Meniefield shot in the head by police in Moreno Valley in 2001 when a black glove he was wearing was mistaken for a gun—“he was drinking beer and smoking marijuana;” or, Diante  Yarber, shot to death by police while sitting in his car in a Walmart parking lot in Barstow because he looked suspicious while he waited for a friend who was shopping in the store—“he had a lengthy criminal history and was on probation, records showed a felony warrant for his arrest.” And who can forget 19-year-old Tyisha Miller, shot to death by Riverside police in 1998 after first being found unconscious in her car—“coroner found both alcohol and drugs in her body.”

In none of these instances was any information initially released about the background of the officers involved in these deaths. So, it was not a surprise to many in California when so many police organizations opposed SB 1421.

San Bernardino County Sheriff John McMahon was asked to comment on the governor signing SB 1421 into law he stated, “This is a significant change to law enforcement agencies across the state.  We are actively working on policy and procedures to comply with SB1421 and fully intend to comply with the law.”

Political strategist and media commentator Peter Fenn once proclaimed, “A basic tenet of healthy democracy is open dialogue and transparency.” California citizens are hopeful SB 1421 will move the state closer to that vision.

SB 1421 also addressed transparency in relation to audio/video recordings as did another new law AB 748. The Voice will review this important aspect of transparency in a separate feature.