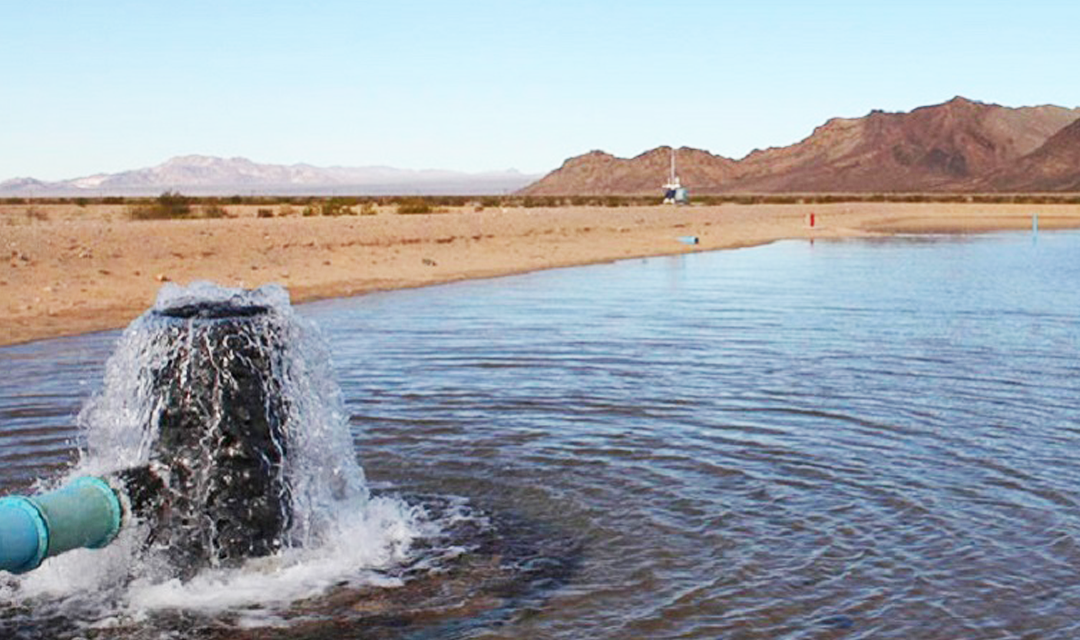 For more than 20 years, the Cadiz Inc. Corporation has proposed to extract and sell water from an ancient Mojave Desert aquifer to Southern California cities. The project has been opposed for just as long, with foes claiming the project threatens to do irreversible harm to the environment and would be an unreliable, costly source of water.

The study by hydrologists Adam Love and Andy Zdon, published September 13 in the journal Hydrology, determined that much of the water in five springs studied in the national monument last fell as rain thousands of years ago. Cadiz’s Environmental Impact Report (EIR) for the project claims that none of the area’s springs are connected to the aquifer they would tap, and that the water found in springs comes entirely from local precipitation. But water coming from local rainfall would be much younger. The great age of the five springs’ water, revealed through radiocarbon analyses, means the springs must be fed by groundwater.

The springs’ connection to the aquifer means that if the water table drops by even a foot, the springs could dry, depriving desert wildlife of critical water sources. Because the Cadiz EIR assumes the springs are not connected to the aquifer, their proposed project would allow the regional water table to be lowered by as much as 80 feet before groundwater protection measures kick in.

The study also examined one of the Cadiz EIR’s key environmental assertions: that the aquifer Cadiz would tap receives 32,000 acre-feet of new water (e.g. “recharge”) each year; more than 10 billion gallons. After incorporating new precipitation records published since development of the Cadiz EIR, the study produced another significant conclusion undermining the accuracy of the Cadiz EIR. According to Love and Zdon, Cadiz’s estimate of 32,000 acre-feet of new water annually is based on rainfall data collected entirely during a 40-year wet cycle, measured at a single weather station that receives an unusually large amount of rainfall compared to similar elevations in the Mojave Desert.

The authors conclude that water managers and regulators would need to apply a groundwater recharge range of between 4,000-12,000 acre-feet per year “in order to protect the water resources in the region.” This figure is consistent with a range established previously by the U.S. Geological Survey. Thus, annual aquifer recharge is probably no more than 12,000 acre-feet per year, slightly more than one third of Cadiz’s estimates. Using the new recharge estimates would mean that the Cadiz project, which proposes to extract 50,000 acre-feet a year, would have to be significantly scaled back.

National park supporters say the study points out numerous mistakes in the Cadiz EIR. According to David Lamfrom, California Desert Program Director for the National Parks Conservation Association, two of the springs examined in the study were not identified as existing in the EIR, prepared by the Orange County-based Santa Margarita Water District – a major potential buyer of Cadiz water.

“We now know that Cadiz’s EIR is beyond fatally flawed,” said Lamfrom. “This should be a serious wake-up call to California State Senate leadership that recently blocked legislation that would have ensured science drives decisions about California’s parks, wildlife, and water.”

The legislation Lamfrom cited was Senate Bill 120, a measure by State Senator Richard Roth (D-Riverside) that would have subjected Cadiz to additional environmental analysis by state agencies, filling a gap left when the Trump administration declined to conduct a legally required federal environmental review. SB120 enjoyed broad support in the Senate and Assembly, including Assembly members Sabrina Cervantes, Jose Medina, and Freddie Rodriguez. The bill was also endorsed by Native American tribes, Governor Jerry Brown, and Lt. Governor Gavin Newsom, among others.

SB 120 failed to pass in August after Senate President Pro Tem Toni Atkins ordered an eleventh-hour hold on the bill in the Senate Appropriations Committee.

Following Senator Atkins’ action, Senator Roth responded, “The facts speak for themselves, and will be discussed again by myself and my colleagues. The science of the Cadiz Water Project is based on a flawed process led by a self-interested agency. The discrepancies between numbers from the U.S. Geological Survey and Cadiz Inc. are alarming at best and dangerous at worst – imperiling an entire ecosystem. I am steadfast in my resolve and the conversation will continue.”