Anatomy of A Shooting: The Lawrence Bender Case 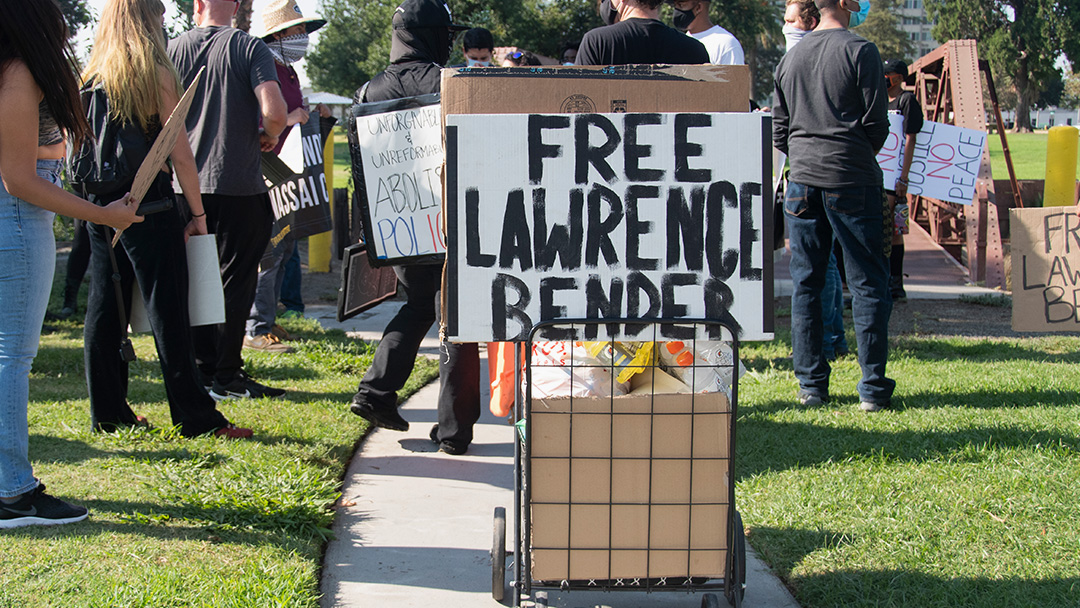 Considering historical disparities regarding the police use of force, there is growing sentiment that the shooting of Blacks by police warrants scrutiny.

Assembly Bill 392 was signed into law by Governor Gavin Newsom in August 2019. Subsequently, the use of force is now being looked at through a somewhat different lens in California. The new law modified the conditions under which an officer can legally use deadly force. It changed the standard from when it is “reasonable” to when it is “necessary.” Although AB 392 became effective January 1, 2020 and Bender was shot months earlier in June 2019, the law is retroactive.

An introduction to the Rialto Police Department’s (RPD) Community Debrief body camera footage of the June 29, 2019 ‘use of force’ incident that resulted in the arrest and shooting of Bender in the hand and shoulder by Officer Babineaux, and narrated by Rialto Police Chief Mark Kling begins, “Officer Babineaux believes Bender is trying to steal the tow truck.”

Chief Kling released the Community Debrief video on June 18, 2020, nearly a year after the shooting. By then, many in the community were already privy to a clearer version of the incident from body camera footage posted on Facebook.  Both videos appear to be from the same body camera.

In the Rialto PD video, Babineux is heard giving approximately 33 commands from the moment of his initial sighting of defendant Bender to when he shoots him. In the Facebook version however, there are approximately 21 commands before Bender is shot.

Officers Michael Babineaux and Angel Gutierrez during their swearing in ceremony today! A great time with their family and coworkers at City Hall! Congratulations and welcome aboard gentlemen! pic.twitter.com/itfEm86I67

At the time Bender happened onto the scene, Babineaux was waiting in his police vehicle as a tow truck driver prepared to tow away the vehicle belonging to the defendant involved in that unrelated case.

Bender was charged with two felonies. Count 1, attempted auto theft, a violation of Vehicle Code (VC 10851(a). He was also charged with a violation of Penal Code Section (PC) 69, resisting an Executive Officer in the performance of his duties as Count 2. PC 69 can be charged as either a felony or a misdemeanor at the discretion of the District Attorney. Bender’s case was charged as a felony.

When Chief Kling released the Community Debrief video of the incident, it is probable he was already aware of San Bernardino Superior Court Judge Gregory S. Tavill had dismissed the attempted auto theft, VC 10851(a) charge against Bender during his preliminary hearing on October 3, 2019.

During the preliminary hearing Judge Tavill stated, “As to Count 1 [VC 10851(a)], there’s insufficient evidence to support the charge.”

He proceeded, “As to Count 2, you focus on what was known to the officer and reasonably believed by the officer at the time [including] all circumstances known by the officer when he detained the person. It’s an objective analysis.”

Judge Tavill concluded, “There is sufficient cause to believe that the crime of resisting an Executive Officer in violation of Penal Code Section 69, a felony, was committed by the defendant, Lawrence Bender.” 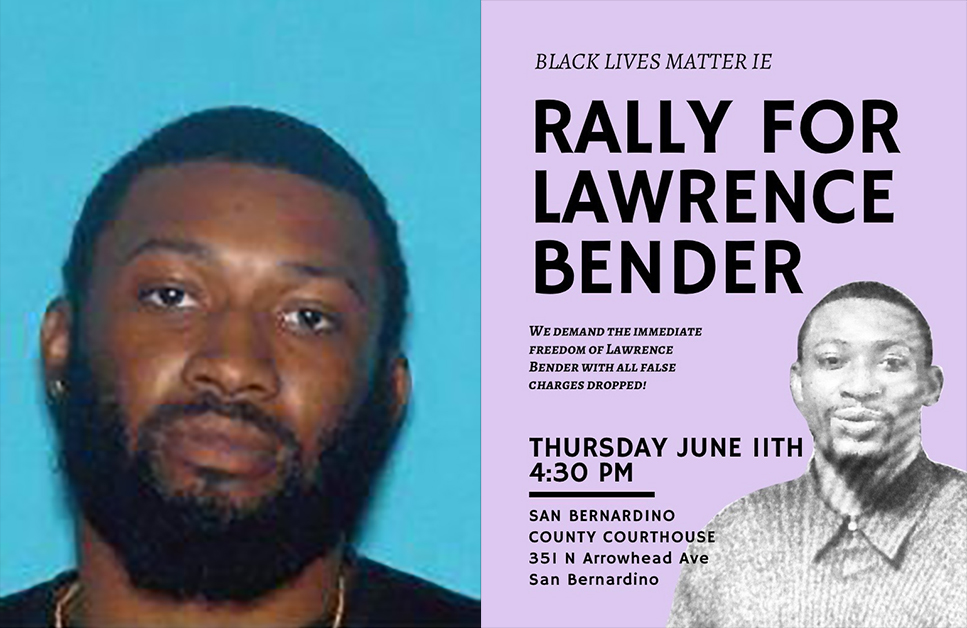 Black Lives Matter IE and IE residents have protested at the San Bernardino Justice Center for each of Lawrence Bender’s court dates.

Bender pleaded not guilty to this charge and was held over for trial. His next court appearance is scheduled for October 16, 2020.

As noted, Babineaux shot Bender twice, once in the hand and once in the shoulder as he got up from the ground. Bender was on the ground both times in response to commands from Babineaux. The Community Debrief video of the incident presented by Chief Kling is shaded at key moments when Bender is accused of the following actions:

(1) When Bender is at the driver’s side of the tow truck at the point where Babineaux said Bender tried to enter the vehicle.

(2) When Bender apparently swiped at Babineaux’s firearm the first time he stood up from the ground.

(3) The second time Bender appeared to swipe at Babineaux’s gun as he again rose from the ground.

Because the video is shaded at these critical points in the interaction between Babineaux and Bender, without Kling’s narrative, it is impossible to discern what happened. Bender spent about two weeks in a local hospital before being moved to county jail. He has remained in custody since June 29, 2019. His bail is set at $200,000.

At the conclusion of the Community Debrief video Chief Kling explained what happened next. “Officers rendered first aid which was eventually taken over by paramedics. Mr. Bender was transported to the hospital and treated for his injuries. He currently remains in custody and is awaiting trial.” Chief Kling added, “The city of San Bernardino has conducted an investigation that has been reviewed by the San Bernardino County District Attorney’s office and charges have been filed.” He further advised, “An internal review is also being conducted to ensure department policies and procedures were being followed.”

The Facebook video on the other hand, continues to play after the shooting and reveals more about what occurred next at the scene: Babineaux’s supervisor Sergeant Lamont Quarker approached Babineaux and asked, “Can you, kind of, just give me the gist of what happened?”

Babineaux responded, “So, the tow truck driver is in the jeep doing his thing. I was actually just sending you that text, but this guy was sitting on the curb. He was kind of walking around and then he started going into the . . . (unintelligible). So, I came out, put my gun on him, had him on the ground and he tried to get up. So, I kicked him down and as I was with him, kind of had my foot on his back, told him not to move. He tried to get up a few times. I kept kicking him over. And, he tried to get up, and I kicked him over towards the truck and he got up and he kind of wanted to fight me. So, [I] already had my gun out. So, I put two into him.”

In June, the San Bernardino County District Attorney offered to reduce Bender’s charge from a felony to a misdemeanor and to give him credit for time served in county jail. Bender, through his attorney, Peter Schlueter, declined to accept the offer and has pleaded not guilty.

Court documents indicate at the time of the shooting, Babineaux was still a relatively new officer with only five months on the job after having graduated from the San Bernardino Sheriff’s Academy. Today, Babineaux continues to perform his field duties as a Rialto police officer.

Many questions regarding this case remain unanswered:

The Community Debrief video of the incident narrated by Rialto Police Chief Mark Kling is available for viewing here.

The video of the incident posted on Facebook is available here.