After the System Failed Our Children 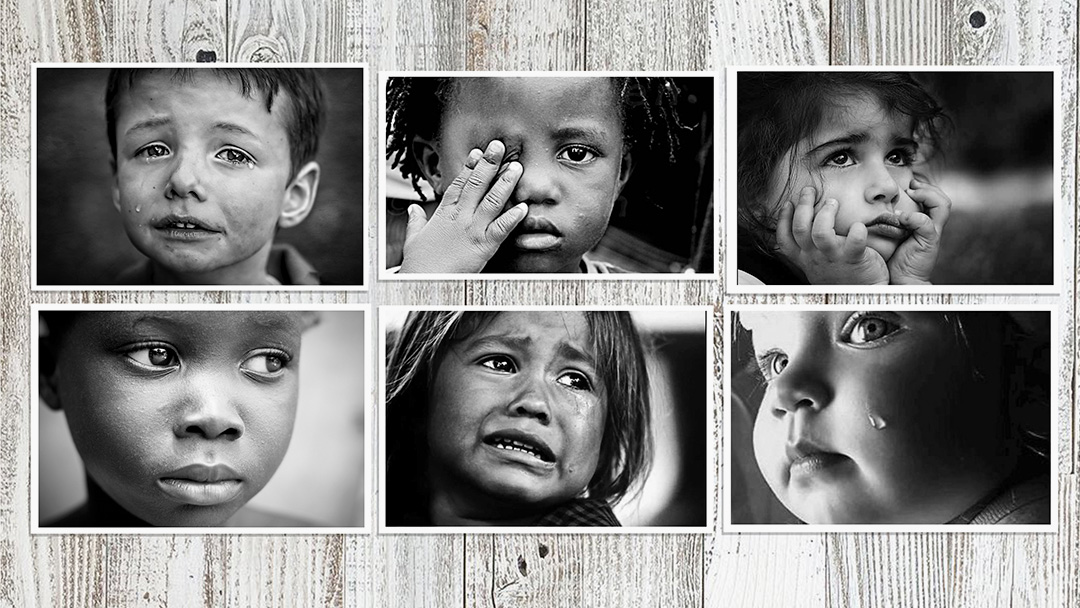 A complaint for damages filed in the Superior Court of Riverside on November 3, 2017 reads as follows: “Between 2003 and 2010, there were approximately 20 Riverside Department of Public Social Services (DPSS) investigations of the home where Jacquelyn (a pseudonym) lived with her mother and two siblings. These investigations included allegations of domestic violence, physical and emotional abuse and neglect and in many instances Jacquelyn’s mother was the alleged perpetrator.

Sometime during March 2014, when Jacquelyn was 11 years old, she disclosed that she was being repeatedly raped and sexually abused by her mother’s boyfriend who was living in the same apartment with Jacquelyn, her mother and her siblings.”

“The time has come to make the protection of children—all our children—a common cause that can unite us across the boundaries of our political orientation, religious affiliation and cultural traditions. We must reclaim our lost taboos and make the abuse and brutalization of children simply unacceptable.”
– Olara Otunnu

An emergency response referral was made to Riverside DPSS and the Hemet Police Department. They concluded the allegations were credible and advised Jacquelyn’s mother she should immediately take steps to remove the boyfriend from the home and keep him away from her daughter. Although the mother secured a restraining order, the Hemet police were never able to locate him. Jacquelyn’s mother told the police the boyfriend had moved to Mexico.

When the investigation was closed in June 2014, the DPSS worker responsible for overseeing the case falsely stated in her report that the sexual abuse allegations were “inclusive.” Shortly after, the mother dismissed the restraining order, the boyfriend returned to the home and began raping and abusing Jacquelyn again.

This went undiscovered by DPSS until October 2014 when a case worker learned the boyfriend had returned to the home with the mother’s blessing. By then Jacquelyn was exhibiting severe anger issues and other psychological symptoms consistent with sexual abuse.

However, according to court documents the rape and sexual abuse of Jacquelyn continued unabated. Apparently, no further attempts were made by DPSS to remove the boyfriend from the home. Sometime around February 2015 DPSS concluded its pending investigation of the home without taking any meaningful action—they left Jacquelyn to fend for herself for another 19 months. 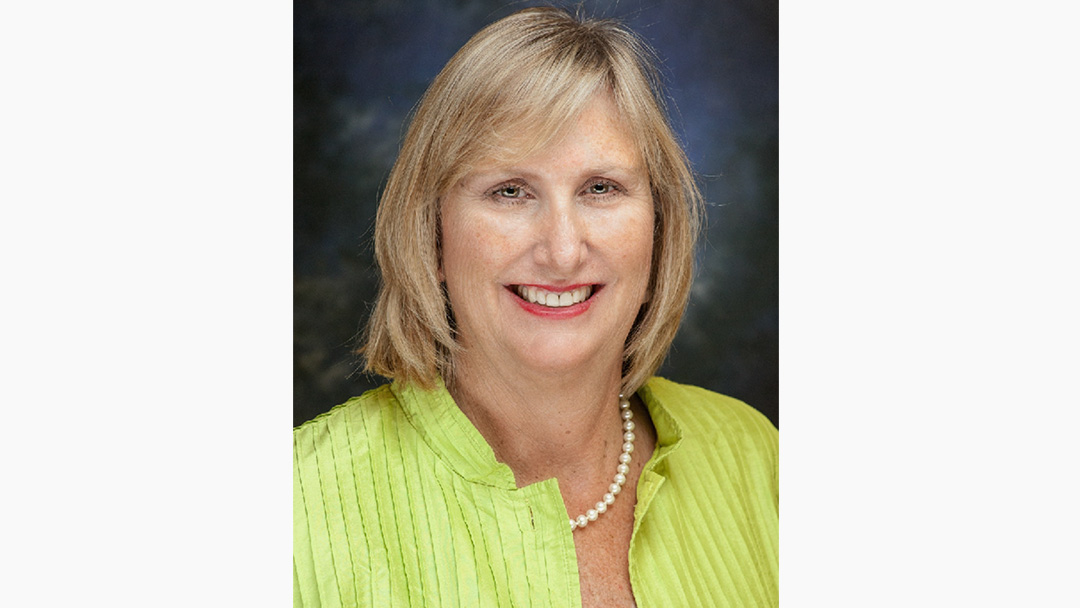 Jacquelyn said the abuse continued—on a near daily basis—until it was discovered she was pregnant in September 2016—she was only 13 years old. The baby was born in November 2016 and given up for adoption. A DNA test confirmed the mother’s boyfriend was the father of Jacquelyn’s baby.

Jacquelyn endured more than two years of repeated sexual abuse and the failure of her mother and DPSS to protect her. As a result, she suffered sever physical, emotional and psychological harm that will affect her for the rest of her life.

The second, equally as shocking lawsuit involved the story of a three-year-old girl identified as Gail (probable pseudonym) who in April 2016 was found in her mother’s home hugging the remains of a dead infant.

In Gail’s scenario Riverside DPSS once again ignored glaring red flags. DPSS workers were aware Gail’s mother suffered from a form of mental illness yet despite this knowledge, they made several visits to the home to check on young Gail but never entered the house—allegedly only peering at the child from through the doorway.

The toddler’s plight was only discovered because a neighbor notified police of a foul order coming from the apartment where Gail and her mother lived. According to reports, when police entered the unit, they found Gail on a mattress hugging the dead baby. 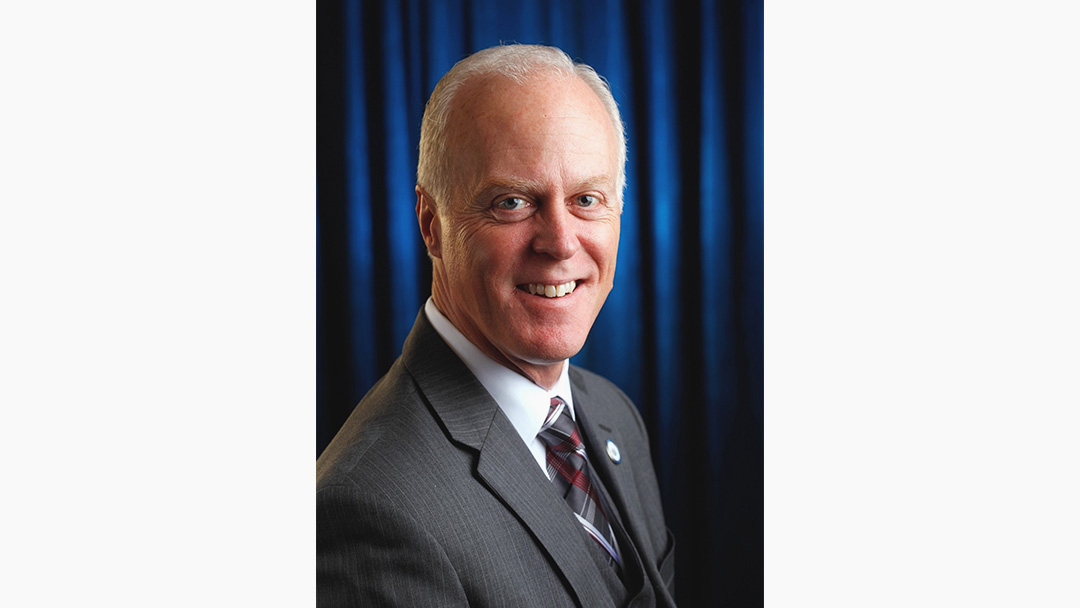 The stories of Jacquelyn and Gail were the foundation for two civil cases filed against the county in late 2017 that sought damages for trauma endured by these children as a result of DPSS’s failures to protect them.

The lawsuits and public concern led to the ousting of Susan von Zabern, Director of Riverside’s DPSS. In both instances under her leadership, the Children’s Services Division of DPSS had repeatedly visited the homes of the victims, alarmingly failed to stop the abuse and inexplicably closed the investigations prematurely. These were not the only examples such of failure.

Subsequently, in September 2018 the County of Riverside’s Executive Office announced it would engage an outside expert in child and family services to perform an independent review of the county’s Child Services Division (CSD) of DPSS. Officials said the purpose of the review was, “[T]o perform a root-cause analysis for CSD related claims and lawsuits and institute actions resulting in safer and improved outcomes for children.”

“The initiatives we have undertaken are part of an ongoing commitment from department leaders, social workers, supervisors and County Counsel, to strengthen families and protect children from abuse and neglect,” stated Riverside County Administrator Sarah Mack. “As long as there is a child at risk in Riverside County, our work and our continuous focus on improvement will never stop.” 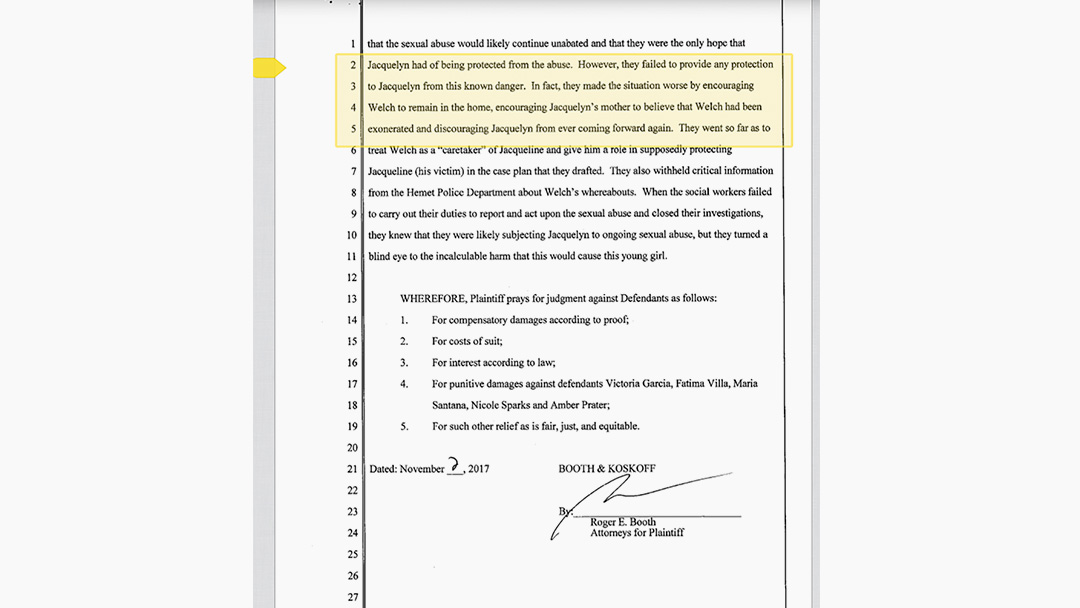 However, when results of the review were published on Tuesday, October 1, 2019 it was difficult for some to reconcile its conclusions with the tragedy experienced by young Jacquelyn and others leaving many to wonder about the thoroughness of the investigation.

A document released by the county noted the review, conducted by Christie B. Swiss, Esq. of Collins, Collins, Muir & Stewart LLP was to determine trends in the types of claims, lawsuits, as well as settlement amounts or judgments resulting from each claim or lawsuit related to CSD between 2008 and 2018 and offer advice and counsel to the County Counsel’s Office and CSD. 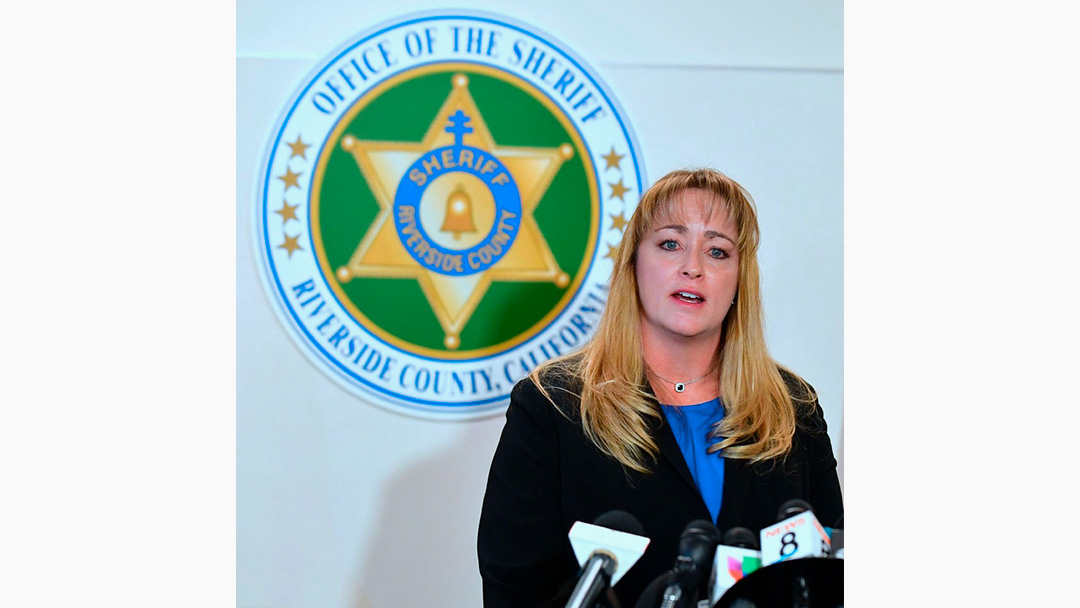 The review team examined four complaints in this area and concluded the county needed to update policies to reflect the Swartwood and Mann decisions, which found that parents with certain exceptions have a right to notice and be present when their children receive medical attention.

Interview of a Child Without Parental Consent or Presence

The team analyzed five complaints in this category and determined the county needs to update policies, procedures and training to reflect changes in practices related to social workers who visit a child at a school in alignment with the penal code for “reasonable suspicion of abuse,” such suspicions are the drivers for such interviews.

In January 2015, CSD enacted a warrant policy to address issues in wrongful removal lawsuits. The policy was intended to improve child protection while reducing potential civil liability. The 2015 policy produced unintended consequences over the next four-year period. The review recommended among other improvements in this area, the need to clarify roles and responsibilities and to re-educate workers to ensure social workers have the tools and the authority to make the best decisions to protect children.

Failure to Remove, Adequately Investigate or Respond to Referrals Alleging Abuse or Neglect

Although reviewers identified 25 claims in relation to such incidents involving children and youth in Foster Care, in the document published by the county summarizing the review there was no number ascribed to how many cases like those of Jacquelyn and Gail where DPSS failed to remove, adequately investigate or respond to concerns about abuse where children and youth were in their parents’ custody—as a result, citizens have no idea how many additional cases existed where DPSS failed in its due diligence to protect other children in similar circumstances or the processes that resulted in such failures because that information was not disclosed in the publicly released summary of the review.

The summary stated, “Certain confidential and privileged information is not included in this public document and care has been taken to address the public interest in disclosure of the specific actions that are being taken to enhance child safety.” Critics question the public’s right to know more about this since child safety was the impetus for this review.

In its summary the county declared, “These cases collectively [whether in parental home or foster care] identified the immediate need for clarification of roles and responsibilities; broad and targeted reeducation in Structured Decision Making and the establishment of a clear and consistent communication pathway between field social workers, supervisors and County Counsel.”

In summary the review declared in part, “The analysis concluded that the County of Riverside has experienced similar claims as other California counties.”

“Protecting children is our first priority,” said Riverside County CEO George Johnson. “Our goal throughout this stringent process of external review and self-analysis is to emerge as a leader in best practices for children and families at risk.”