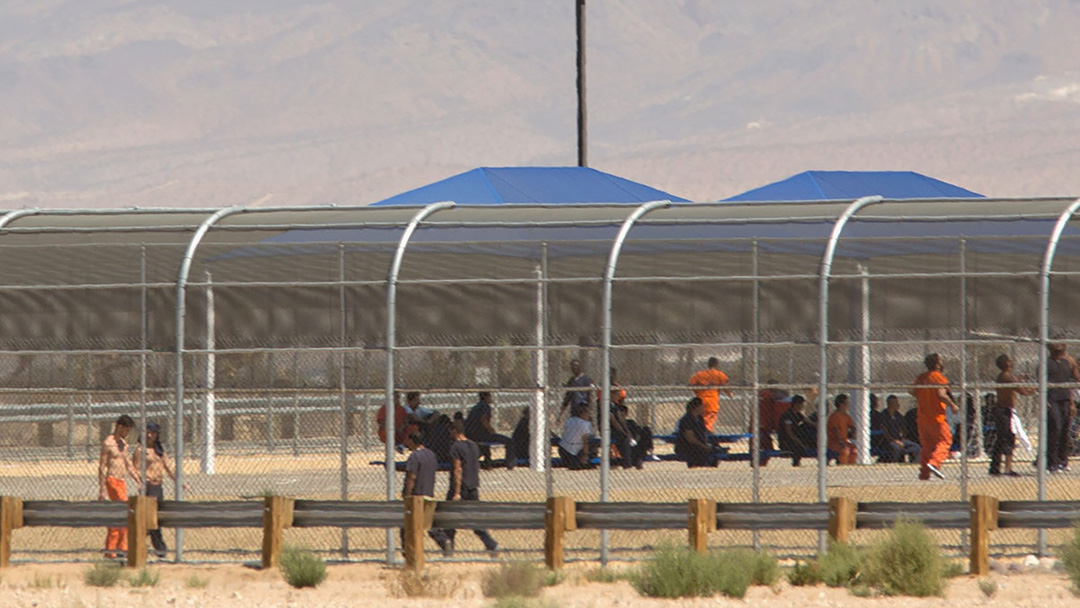 The Department of Homeland Security has reported a decline in immigration across America’s southern border for at least eight months. In October, 2019, California Governor Gavin Newsom signed legislation (AB 32) intended to phase out the use of all private, for-profit prisons—including immigration detention facilities in California.

For these reasons in addition to continuing outcries against President Trump’s racist immigration, policy it was more than disappointing to many opposed to such policies, when on Wednesday, February 19, 2020 the Adelanto Planning Commission approved (by a vote of 4 to 1) to expand this country’s largest, for profit immigration detention facility—the Adelanto ICE Processing Center—which is owned and operated by the defamed GEO Group.

GEO Group is a Florida based company that specializes in privatized corrections, detention and mental health treatment facilities with international reach. It operates facilities in North America, Australia, South Africa, and the United Kingdom.

GEO also has a long and blemished history that includes lawsuits for wage violations, sexual abuse, alleged mistreatment of disabled inmates, delayed medical and dental care, questionable deaths and the laundry list of alleged abuses goes on. It has paid millions of dollars in fines and settlement fees.

It’s not surprising that GEO is also a big player in political pay to play. It appears they have donated hundreds of thousands of dollars to the Trump campaign in 2016, either directly or through its subsidiaries. Some have drawn a link between these contributions and the Trump administration’s early decision to continue using private prisons—a reversal of the direction pursued by former President Barack Obama. Within months, the Trump administration awarded GEO Group a $110 million ten-year contract.

Trump is once again in full, presidential campaign mode. Interestingly the day of the Adelanto Planning Commission vote Trump was making a fund-raising swing through California and happened to be in the region.

The day before the Adelanto Planning Commission voted, approval to expand the GEO facility the City of McFarland in the Central Valley had denied GEO’s request for a multi-billion-dollar expansion of the immigration detention facility in that region.

Certainly, the City of Adelanto is strapped for cash and there are concerns over the California Department of Corrections ending its contract with GEO for DVCCF at the end of February. GEO has promised its expansion will preserve 150 jobs and increase entry-level wages from about $34,500 annually to nearly $60,800 annually—only time will tell if these promises come to fruition.

Despite GEO’s promise there is a pressing human factor those who oppose the project continue to elevate. Immigration groups and others oppose the expansion because of issues related to human rights and human dignity many perceive as absent from the nation’s current policies related to immigrants and immigration.

Immigration groups have threatened to sue in hopes of halting the expansion, by challenging the Adelanto Planning Commission in court for allegedly failing to follow state law as defined under SB 29, which requires public notice for hearings on detention center permits and the availability  of associated documents prior to approval. Opponents also have ten days to appeal the Planning Commission’s approval to the Adelanto City Council for reconsideration.

Christina Fialho, Executive Director of the nonprofit organization, Freedom for Immigrants said, “For too long the cities of Adelanto and McFarland have operated with impunity, entering into misguided relationships with prison companies and ICE. This ends now.”

A young Latinx male who resides in Adelanto and who opposes the detention facility’s expansion shared how hurtful it is to have so many immigrants imprisoned in his own community and how he considers the expansion a slap in the face—the City of Adelanto is nearly 65 percent Latino.