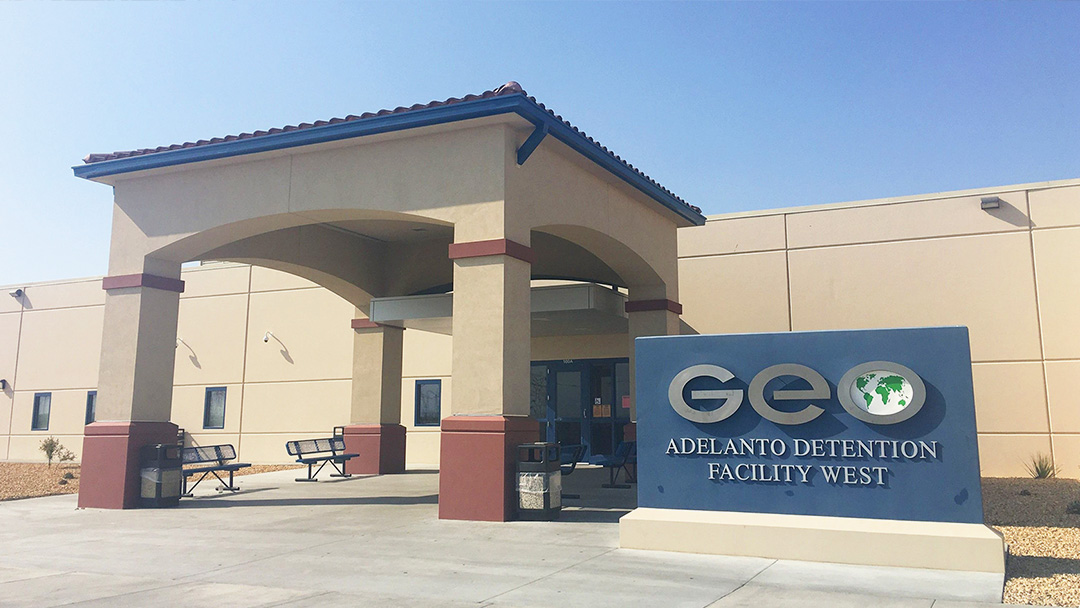 On the heels of his August 30, 2019 visit to the Adelanto Detention Center in San Bernardino, Rep. Mark Takano (D-Calif.) sent a letter to Immigration and Customs Enforcement (ICE) Acting Director Matthew Albence.

Takano’s letter raised concerns about conditions and procedures he observed at the facility and called on Albence to provide responses to a series of probing questions about the center’s operations.

The Adelanto Detention Facility is privately-owned and operated by the controversial GEO Group. Takano visited the ICE site during a scheduled visit with senior officials to verify the conditions for detainees and better understand how the facility operates.

Takano’s observations as detailed in his letter, were indicative of what has been noted by others who have visited similar facilities across the country.

During his visit Takano said he observed two troubling behaviors that require ICE’s immediate attention. They included (1) unsanitary conditions and an apparent failure to adhere to any medical protocols apparently led to the quarantine of numerous detainees; and (2) the undue detention of these individuals have allegedly caused certain detainees to miss scheduled court appearances, bond hearings, and other mandatory engagements to the detriment of the detainees’ length of stay at the facility.

According to the congressman while at Adelanto he heard from several detainees about an alleged health crisis unfolding there. Among those complaints were allegations that an inadequate level of just seven janitorial staff comprise the entire custodial staff responsible for maintaining the center that houses almost 900 people. 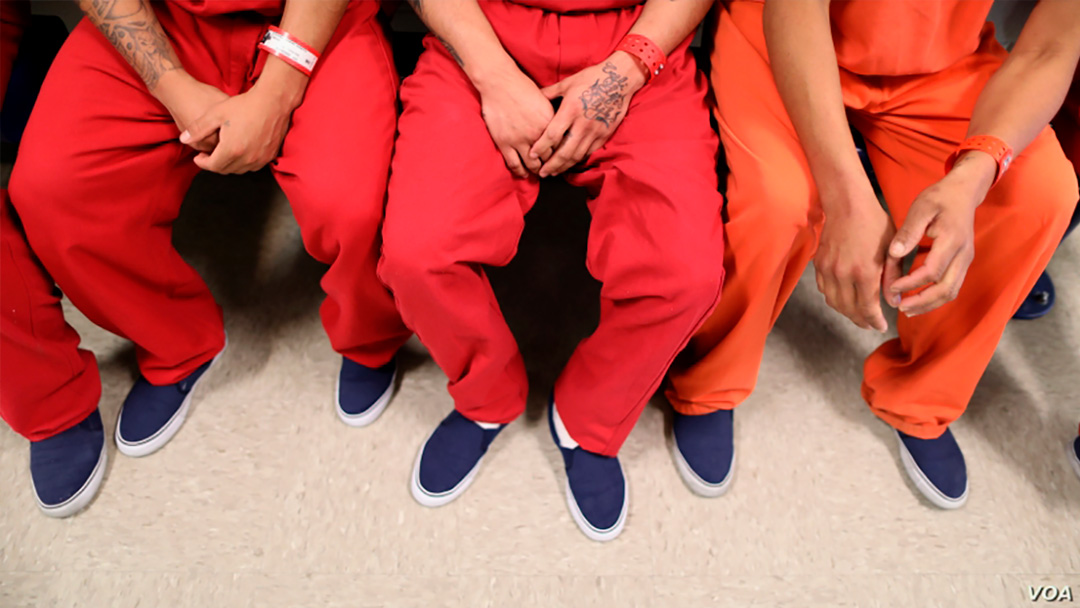 According to Takano detainees were concerned the staff consistently failed to maintain or clean properly. As a result, there cited instances of mold forming in communal shower spaces that Takano noted he was, “personally able to witness.” He continued, “In one egregious case of haphazardly looking to address the issue, it appeared that facility staff had simply painted over the mold rather than mitigate any growth.”

In addition, according to Takano, the facility appeared understaffed in other areas as well. “The Adelanto operators have created a volunteer program through which detainees can help perform facility management tasks.”

This approach is not too dissimilar from the tactics of using inmates as workers in prisons across the country—always for exploitative wages. It appears GEO pockets the exorbitant compensation it receives from the federal government at the expense of taxpayers to operate the facility and rather than hiring the adequate staff has opted to pay detainees about a dollar a day to assist with tasks like cooking, cleaning and other facility maintenance. According to ICE’s FY 2018 budget, taxpayers are billed an average $133.99 a day to maintain one adult in immigration detention; however, immigration groups claim the number is closer to $200 a day. At these rates GEO can afford to hire adequate staff. 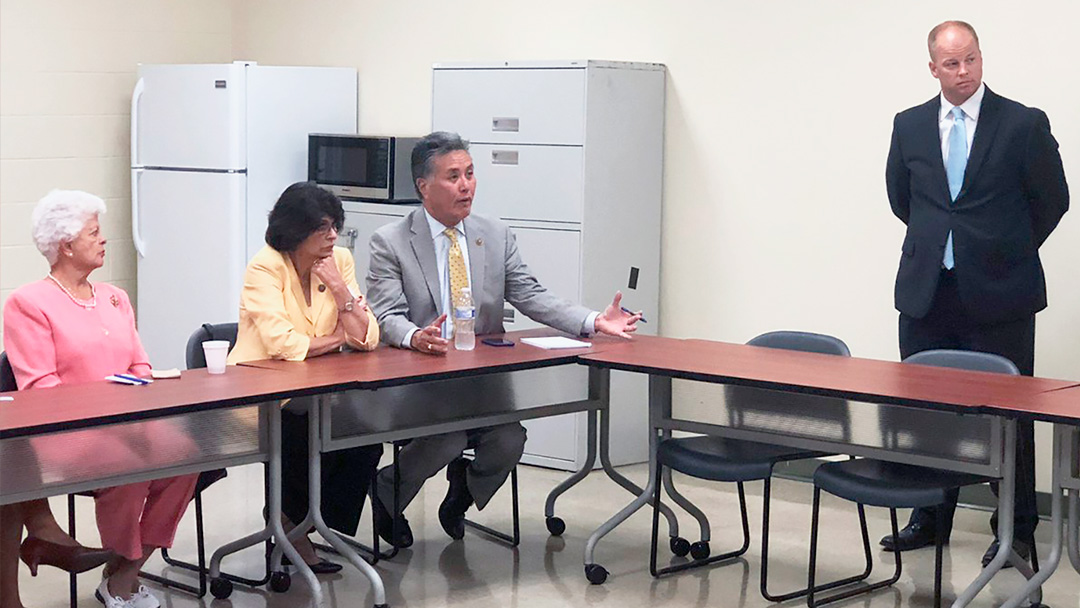 However, as described by Takano not even the volunteer program is adequately supported by the facility operators. For example, “[W]hen detainees asked for proper cleaning supplies to disinfect the restrooms, they were provided extra shampoo rather than actual cleaning products. Not only do I find it particularly egregious that the facility operators are turning to detainees to perform work for which they were contracted by ICE to perform—the volunteers are not even being provided the adequate support to carry out those volunteer duties.”

Takano was clear in his assessment regarding how these unsanitary conditions coupled with inadequate resources are perpetuating a cycle of illness within Adelanto. For those who have contracted illnesses within the facility, a separate room was designated to house those respective detainees. This room was described as the quarantine section, mandating detainees who had succumbed to illness to be held for a period of 21 days total per cycle.

“During my visit,” Takano explained, “I was able to enter the quarantine section without any precautions and was not informed until after my departure from the room that the area was in fact quarantined for the purposes of containing an outbreak of mumps. No visible signs had indicated these individuals were under quarantine. No gloves or masks were provided to staff or detainees, and no procedures were followed even during my personal visit with these individuals in quarantine.”

According to Takano, the quarantine minimum hold policy poses challenges of its own. While individuals are forced into quarantine, detainees are obliged to reschedule appointments with their lawyers or miss court appearances and bond hearings altogether. Should an individual develop new symptoms or not improve within the 21-day period while under quarantine, they are subjected to another cycle of containment for 21 days.

“While it is imperative to ensure diseases do not spread,” Takano declared, “it should be equally important to ensure that qualified medical staff are treating detainees to better their conditions and ease ailments. Furthermore, deliberate steps should be taken to ensuring that inmates who are forced to miss mandatory hearings have the soonest available opportunity to meet those obligations at another time.”

With all of this in mind, Takano has solicited responses to a series of questions from Acting ICE Director Albence. They include the following:

• How frequently is the Adelanto Detention Facility audited for compliance with ICE’s Performance-Based National Detention Standards?

• What were the results of the latest audit?

• Does ICE have any existing protocol to prevent the spread of the diseases?

• What steps are taken to ensure that existing protocols are being followed?

• Has the Adelanto Detention Facility been found to be complying with such protocols?

• What steps have been taken to eradicate communicable diseases such as mumps and the flu?

• Are there preventive steps in place to make sure an individual under quarantine does not miss a court-ordered hearing?

• How many quarantined individuals in the Adelanto facility have missed their court mandated appointments and hearings?

Takano’s questions did not end there. Probing further he asked, “How many detainees have been prevented from meeting with their legal counsel? Are there any separate or additional protocols ICE staff must follow when dealing with detainees with disabilities? Does ICE policy dictate a certain ratio or number of medical staff be present to care for large groups of detainees? And, finally, what additional procedures can be adopted to ensure ICE will be able to prevent and mitigate the spread of diseases within detention facilities?”

In conclusion Takano declared, “While I understand that this facility is owned and operated by the GEO Group, it is imperative that the facility—at a minimum—adhere to ICE’s Performance-Based National Detention Standards in order to maintain a culture of safety and suitability for detainees.”

The Adelanto Detention Center is the largest immigrant detention facility in the State of California. According to Takano, “It is crucial that its operators adhere to strict standards while operating the facility and ICE has an inherent oversight responsibility to ensure that detainees are being treated with dignity and respect under the law.”