A New Plan for Economic Growth 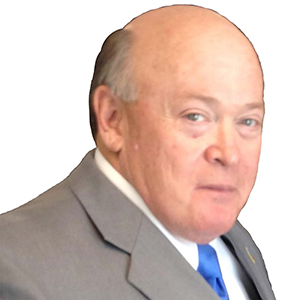 In the area of Land Use Services, Lovingood has called for the implementation of a fast-track permitting system for commercial, residential and industrial developments. Delays in the project approval process as currently experienced can be costly; as Lovingood pointed out—time is money. Part of the plan calls for staffing increases in the Land Use Services Department.

According to Lovingood, “These projects create well-paying jobs and have an astonishing economic multiplier effect: Each new home built creates seven well-paying jobs. And the higher property values generate property tax revenues that can put more deputies on our streets, repair roads and build infrastructure.” Most strategies that impact development may receive some pushback from environmentalists.

In regards to the issue of Public Safety, Lovingood expressed his belief that, “. . . a series of misguided policies from Sacramento is opening the door to let more criminals out of state prison and putting them on our streets.” He added, “Since the state continues to abandon its responsibility to protect the public, San Bernardino County has no choice but to take on greater responsibility in keeping criminals locked up.” As a result, his plan advocates for increases to both the Sheriff’s and District Attorney’s budgets. In addition, the plan calls for the county to move forward with the phased staffing plan for the High Desert Detention Center. Lovingood’s approach to the issue of public safety is nearly the antithesis of everything those who have worked for a more thoughtful approach to the issue of criminal justice have fought for. It is certain to receive some pushback from those focused on the issue of criminal justice.

In regards to the issue of Economic Development, the plan calls for an initiative to assist residents and manufacturers by lowering electric rates through a Community Choice Aggregation project or CCA. Under a CCA, the County would develop one or more solar projects and negotiate wholesale electric power agreements to provide discounted electricity to customers. CCAs currently operate in 1,300 communities in seven states. In California, the City of Lancaster and the counties of Marin and Sonoma have done a good job. CCAs provide competition that helps lower electrical rates. This will help both residential customers and prospective employers.

Another initiative in this category calls for a change in how the hotel taxes collected in unincorporated areas are used. The County collects a hotel bed tax, which goes into the general fund. In the interest of fairness and economic development, the plan calls for earmarking bed tax revenue to benefit the community of origin to promote local events that attract tourist dollars—an approach certain to be well received by such communities.

Finally, on the issue of infrastructure, the city is responsible for maintaining roads within their city limits; while the County is responsible for county roads in unincorporated areas. The plan calls for the county and cities to create new partnerships to jointly fund improvements on roads common to both jurisdictions. It also calls for the creation of public-private partnerships (PS3s) to cut costs, increase efficiency and generate savings that can be channeled into other needed projects.

The San Bernardino County Board of Supervisors has provided input to the plan and will make the ultimate policy decision regarding whether and how the plan will be implemented. In the meantime, the goal is to begin scheduling workshops regarding the plan by the end of February.