A Matter of Choice Part 4B 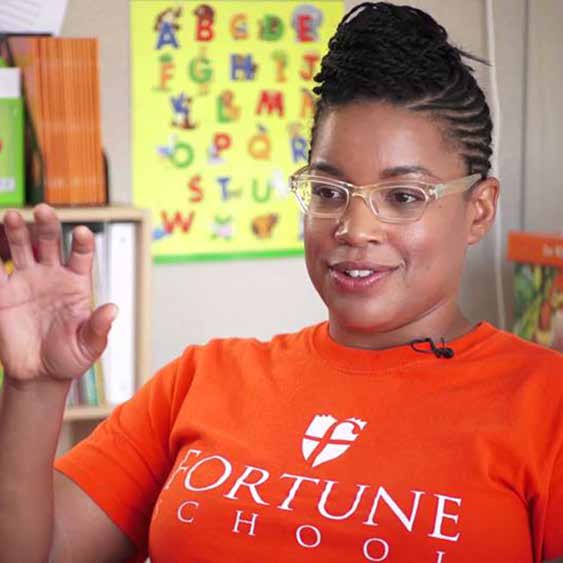 This is the final chapter on charter schools and their impact on our nation’s school-aged children. What better way to end this series than by completing an interview with the founder of one of California’s most successful charter school systems—Margaret Fortune.

Since 2010, FSE has grown to include six K-8 schools, and will open its first high school in the city of Elk Grove in Sacramento County, California this fall.

The FSE system has a proven model of achievement for all schools, particularly those serving African American students to successfully help close the achievement gap experienced by Black students across the nation.

Fortune Schools’ student performance results speak for themselves. It is ranked in the top ten of all schools (traditional public and charter public) in the state among those with a student population that is at least 50 percent African-American and serve 50 percent or more students qualified for free and reduced lunch.

At a time when national media is replete with reports of charter school closures, including 272 nationally in 2015-16 (at least 32 in California), charter school advocates are encouraged by success stories like FSE.

Charter school laws in California are designed for charter schools to be around as long as they perform, Fortune explained. “So, I would expect to see charter schools close sometimes.” She added that there are many factors that could lead to a school closing, including a school’s authorizer deciding a school is not meeting standards, and therefore decide against its renewal. “It is important for authorizers to have high standards,” she affirmed.

There are, however, reasons beyond performance that can lead to closure. “Sometimes, they can’t recruit enough interested students and close due to a lack of interest or close due to a lack of demand,” Fortune explained. “This is the power of the model of people voting with their feet—competition raises all boats—that’s the intent.”

She added, “The closure is contemplated when you write your proposal.” She explained that when a proposal is submitted to open a new charter school, it must include a process explaining how the school will be closed if it is later determined the school is not sustainable.

Although several charter schools have closed, more continue to open. During the 2015-16 school year, more than 400 new charter public schools opened nationally, including 80 in California.

Many have raised concerns over the appointment of Betsy DeVos to Secretary of Education in the Trump Administration and what her appointment could mean for the future of public education, both traditional and charter. “Vouchers were voted down twice in California,” Fortune explained. “Charter schools don’t support for-profit schools and I have sponsored legislation to ban for profit-schools in California.”

Fortune is clear about the mission of charter schools as a viable option for free public education. It is also evident from FSE results that, as a charter school system, it holds itself to a high standard of accountability. Fortune expressed pride in the space for innovation, accountability, and parent choice FSE has created.

“Our focus is on preparing students for college, starting in kindergarten,” she said. Also, Fortune confirmed, although FSE schools like the Hardy Brown College Preparatory School are open to all students, it remains focused on closing the achievement gap experienced by African American students who were historically underserved.

“My proudest moments are walking through my school and seeing African American children engaged and enjoying learning,” Fortune shared. “I’m extraordinarily proud of the teachers who are the making it possible. It is the proudest thing I’ve ever done.”