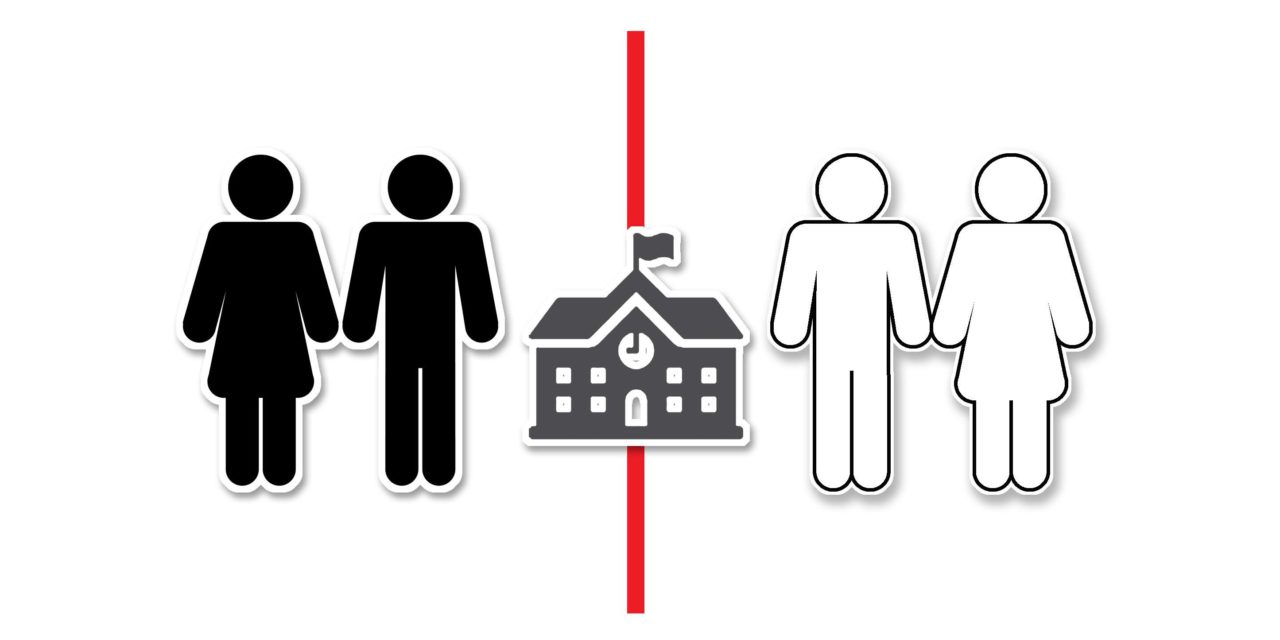 A number of reports in recent years have indicated “public schools are more segregated than they were 40 years ago.”

Articles, including a report in the Black Voice News have noted the status of schools in places like New York, Maryland, selected southern states, and have focused on segregation nationwide. This article will consider this issue in the inland region with particular focus on schools in Riverside County.

In the past, data about race in schools was much more difficult for the public to obtain. Now, the California Department of Education has posted online data about high school Graduates by Ethnicity and includes graduating class information beginning with the class of 2007-08 through 2015-16. This data can be searched for various counties, school districts, and schools throughout the state.

To obtain data about earlier years, I looked at the high school annuals, examined the photos of seniors, and counted which ones “looked” like they were African American. Data about high school seniors, or particularly about graduates, is not necessarily identical to the racial numbers in the school system as a whole, due to factors such as families moving away, leaving school to work, arrest records, etc.

Most articles that speak to this issue do not offer definitive conclusions about why schools are segregated today, and even when they do, those reasons might differ significantly from state to state. 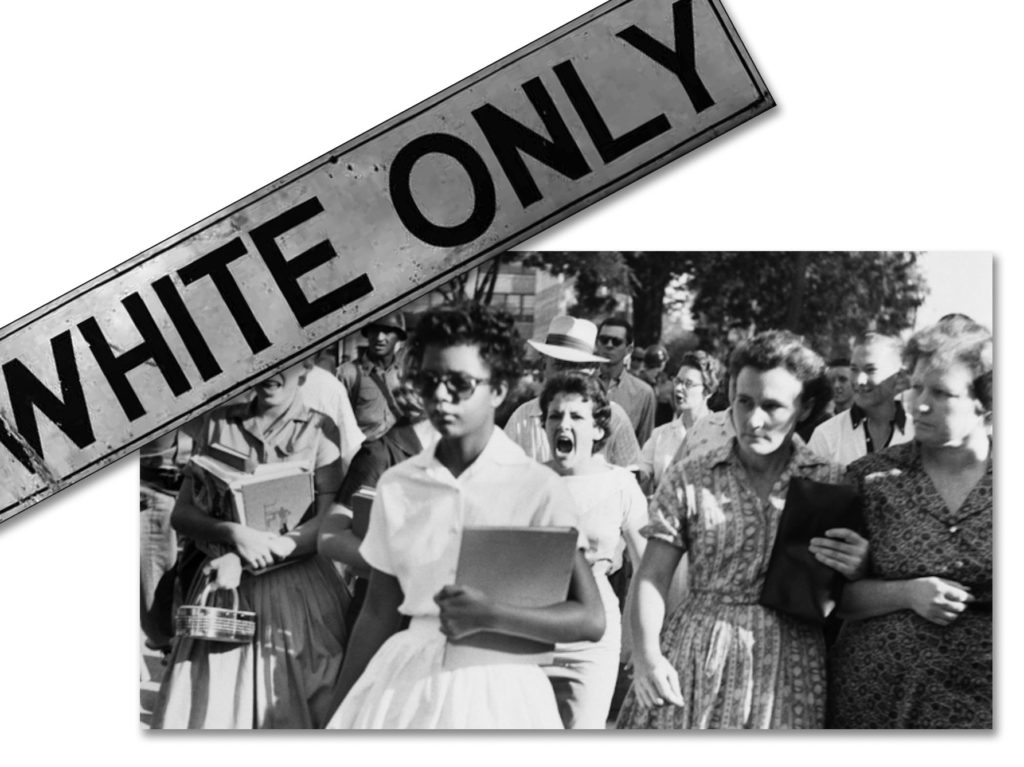 Some wonder whether segregation could be an intentional result of those who manage schools—not likely in California as in other states where racism is more prevalent. School segregation could be the result of schools being built in segregated neighborhoods. Why were neighborhoods segregated? The answer is complex; many factors contributed to this throughout history, including deliberate choices, housing costs, income levels, employment locations, and old Covenants, Conditions and Restrictions (CCRs), an outlawed practice that used to determine what races could buy homes in certain communities.

Consider the history of schools in Riverside. The first high school in the city, Riverside Polytechnic High School (Poly) was founded in 1887. For many years it was the only public high school serving the local community, so students of all races attended there. Then, in 1956, Ramona High opened on Magnolia Avenue, and Rubidoux High School in “West Riverside” opened in 1959. Both of these schools had higher percentages of Hispanic students than Poly High, but it does not seem likely that they took significant numbers of Black students away from Poly.

In 1965, Poly High moved away from its long-time location at the site now occupied by Riverside Community College, on Magnolia Avenue and Terracina Drive. The newer Poly High is located at the corner of Victoria and Central Avenues. Riverside’s John W. North High School, on Third Street, opened in 1965, the same year that Poly moved.

Poly’s percentage of Black students did not go down after that year, but North High developed a somewhat higher percentage of African-American students than any other high school in the Riverside Unified School District. North High seemed to be serving the Black neighborhood that was sometimes called the “East Side” of Riverside.

Through the last 50 years, Poly’s percentage of Blacks has tended to hover at about seven percent (plus or minus 2 percent), similar to the percentage of Black residents in the entire City of Riverside. In contrast, North High’s graduating classes were generally more than 10 percent Black, which increased to 16.9 percent in the 2007-08 school year. So, segregation of Blacks did not increase at Poly High during the past 40 years, but a newer school, North High, ended up with a somewhat higher percentage of Black students. 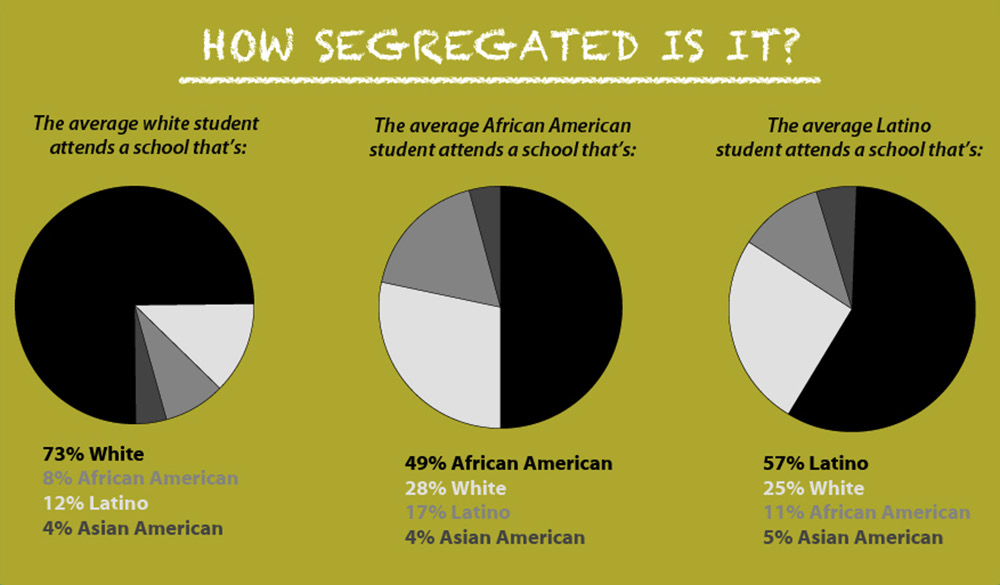 It can be somewhat more difficult to identify Hispanic or “Latino” students, but it seems clear that the number of these ethnic students in both Riverside and San Bernardino Counties has been increasing in the most recent decade. According to the California Department of Education, in 2015-16, high school graduates in Riverside County were 58.8 percent Hispanic, and in San Bernardino County they were 62.1 percent Hispanic. We cannot say with certainty whether those high percentages were due to more children having been born in resident families, or due to more families having moved into the area.

The Department of Education website also tracks how many graduating students are college bound and who have “Completed UC/CSU Required Course Work.” The percentages of Hispanics completing requirements for college has gone up recently, accounting for about 22 percent of those in Riverside County prepped for college in 2007-08, and 38.7 percent of those prepped in 2015-16.

There have been similar increases in the percentages of Black students doing that work. Blacks in Riverside County were 26 percent of those college ready in 2007-08 and increased to 39.8 percent of the prepped students in 2015-16. It seems clear that local public schools are not only educating but also encouraging students of various races to reach for more.

Some people might wonder whether private schools were being chosen by families wanting to avoid schools with Hispanics or Blacks. This might happen in other states, but is less likely in California. The Private School Review website gives data about “people of color,” apparently combining students of all non-white races. It lists nine private high schools in Riverside and noted the overall minority enrollment is 46 percent of the total student body (2,827 students). 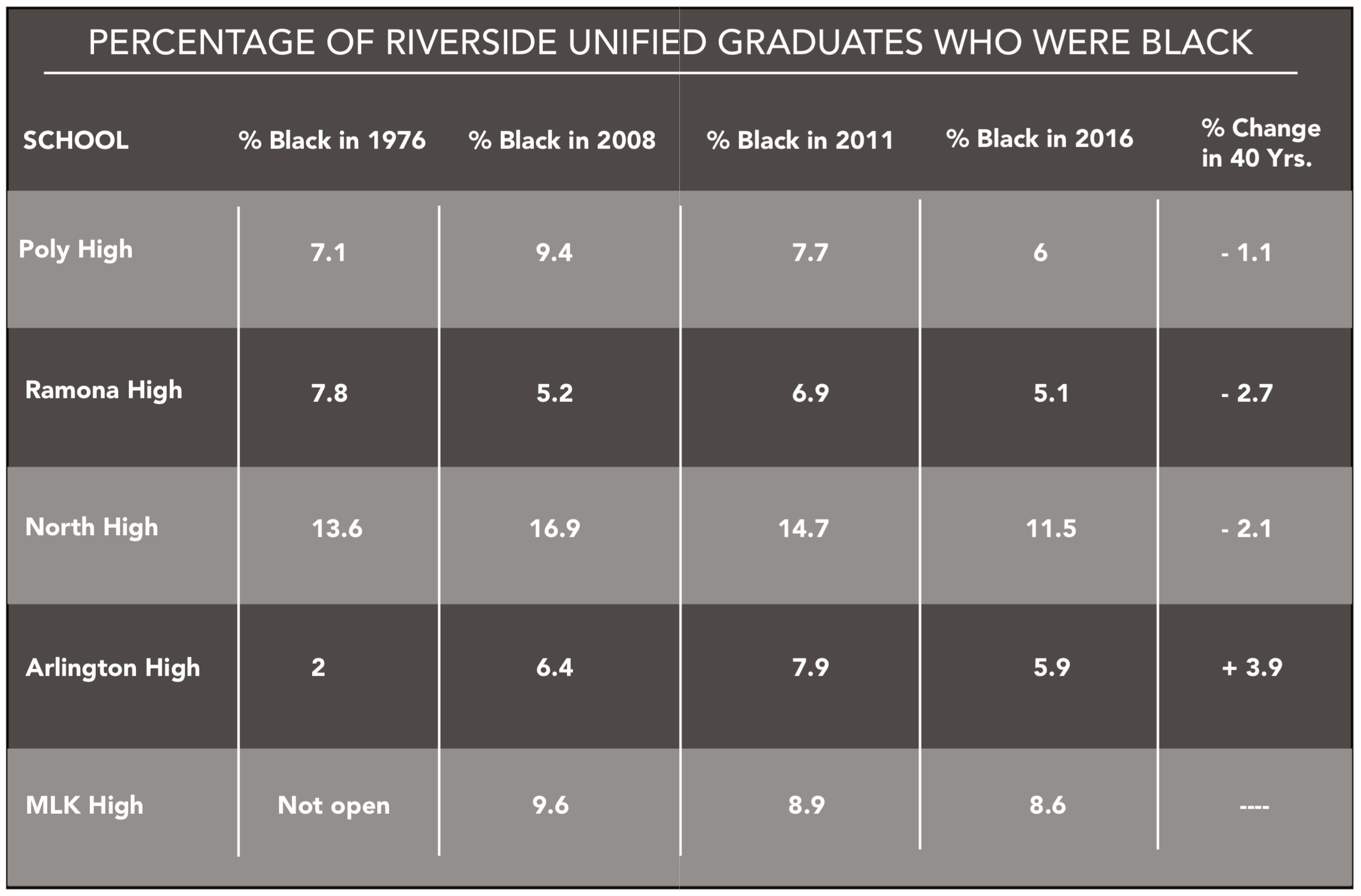 Of those nine schools, eight are associated with some religion, and the remaining one is a small, special education school. The private high school with the most graduates, about 120 in a recent year, is Notre Dame High School, which lists 59 percent students of color. Since the cost of attending a private school in California can be more than $1,000 per month, perhaps families make this choice for religious reasons, not to avoid students of other ethnicities.

Charter schools in California are public schools, publicly funded. In California, they must follow the same rules that govern all public schools, and they are not allowed to discriminate by race or religion. In the City of Riverside, two charter high schools have ethnic percentages similar to those of other public schools. The Come Back Kids school graduates in 2015-16 were 65 percent Hispanic and 11.2 percent Black; the Gateway College & Career Academy graduates were 64.7 percent Hispanic and 7.8 percent Black.

Riverside Public schools do not appear to be significantly more segregated than they were 40 years ago. What does appear to be happening is an increase in Hispanic students, a trend that seems evident in various communities in both Riverside and San Bernardino counties. The increase in Hispanics can mean that the percentage of Blacks goes down, compared to the total number of graduates.

The percentage of graduates who were Black tends to go up or down just a few percentages when looking at various years for a particular school. The other obvious difference is the consistently higher percentage of Blacks at North High, both 40 years ago and in 2016.

It appears white children living in some of the very expensive beach cities in Orange County have limited opportunities to attend school with a lot of Black students. If segregation has increased in some Southern California schools, it appears to be related to the cost of housing.

The general conclusions from the information examined about Inland Empire schools are as follows: The percentage of Black graduates has gone down slightly in some schools, whereas the percentage of Hispanics has increased. Some local schools have higher percentages of Blacks or Hispanics than exists in other nearby schools, but there does not seem to be a dramatic increase in segregation compared to 40 years ago.