A Legacy of Giving and a Grateful Community 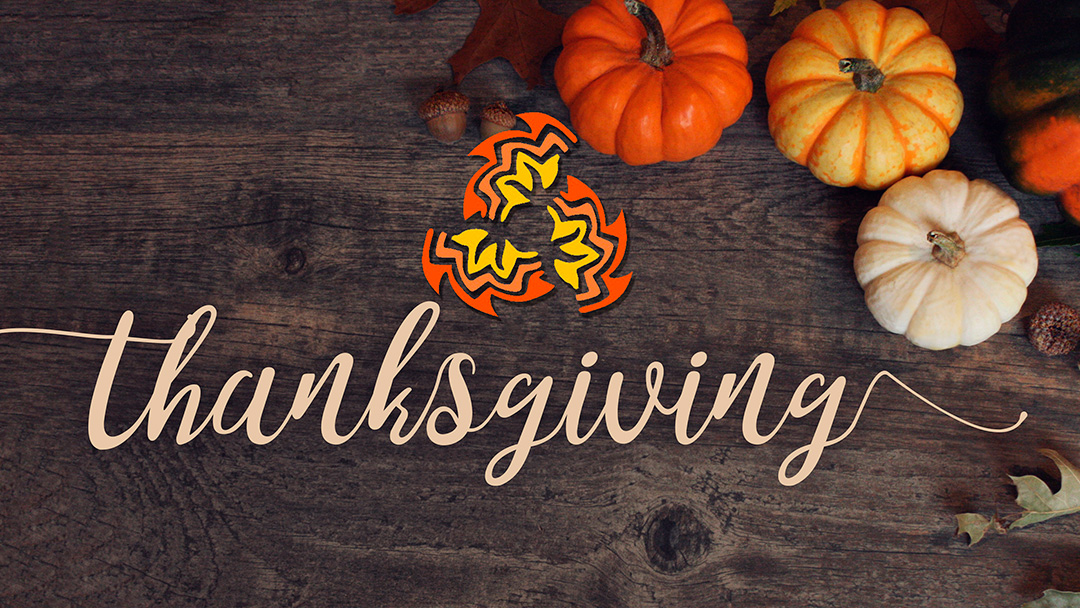 Thousands of families across the inland region will enjoy a more bountiful Thanksgiving this year thanks to the generosity of the Morongo Band of Mission Indians (MBMI).

This year the organization donated more than 12,500 free turkeys to non-profit organizations, churches and other charitable organizations enabling the provision of more than a quarter of a million holiday meals across the Southern California region.

As caring and concerned members of the community Morongo is keenly aware of the growing number of those in need across the region and as a result, the organization increased the number of turkeys donated by 25 percent in recent years.

Commenting on the history of the giveaway program Morongo Tribal Chairman Robert Martin shared, “The roots of Morongo’s Thanksgiving Outreach program stretch back decades to a time when our tribe sought to help others even as we ourselves faced adversity.”

Since the program’s inception 34 years ago, Morongo has given away nearly 145,000 turkeys, which in turn have provided about 2.75 million holiday meals. “This year, we continue our legacy of giving by providing tens of thousands of holiday meals to those in need across the region.”

The Coachella Valley Rescue Mission received 400 turkeys from the tribe this year. Commenting on Morongo’s donation the Mission’s Executive Director Darla Burkett shared, “For years, our rescue mission has relied on the generosity of the Morongo tribe to help provide hope and hot meals to thousands in the Coachella Valley at Thanksgiving.”

“Gratitude unlocks the fullness of life. It turns what we have into enough, and more. It turns denial into acceptance, chaos to order, confusion to clarity. It can turn a meal into a feast, a house into a home, a stranger into a friend. Gratitude makes sense of our past, brings peace for today and creates a vision for tomorrow.”
– Melody Beattie

Morongo’s benevolence aided residents in several inland communities this year including Banning, Beaumont, Riverside, San Bernardino, Moreno Valley, Temecula, Indio, Desert Hot Springs, Indio and Redlands. Other Southern California communities in Los Angeles and elsewhere were also included in the giveaway. Groups who received turkeys submitted applications to the tribe earlier this year and were notified over the summer that they had been selected.

Among the organizations who also received assistance from Morongo’s donations this year was the Victory Outreach Church in Banning. The church’s Pastor Victor Archuleta said the 200 turkeys being provided by Morongo enabled them to help struggling families who might not otherwise be able to share a Thanksgiving dinner.

“What a tremendous blessing it has been to have turkeys donated by Morongo every year,” he added stressing further, “Having a reliable partner during the holidays gives our church and members hope as we serve families in our San Gorgonio Pass communities.”

Hundreds of veterans and military families across the region also benefitted from the tribe’s Thanksgiving Outreach program, which provided more than 300 turkeys this year to local chapters of the Veterans of Foreign Wars and other military support groups. 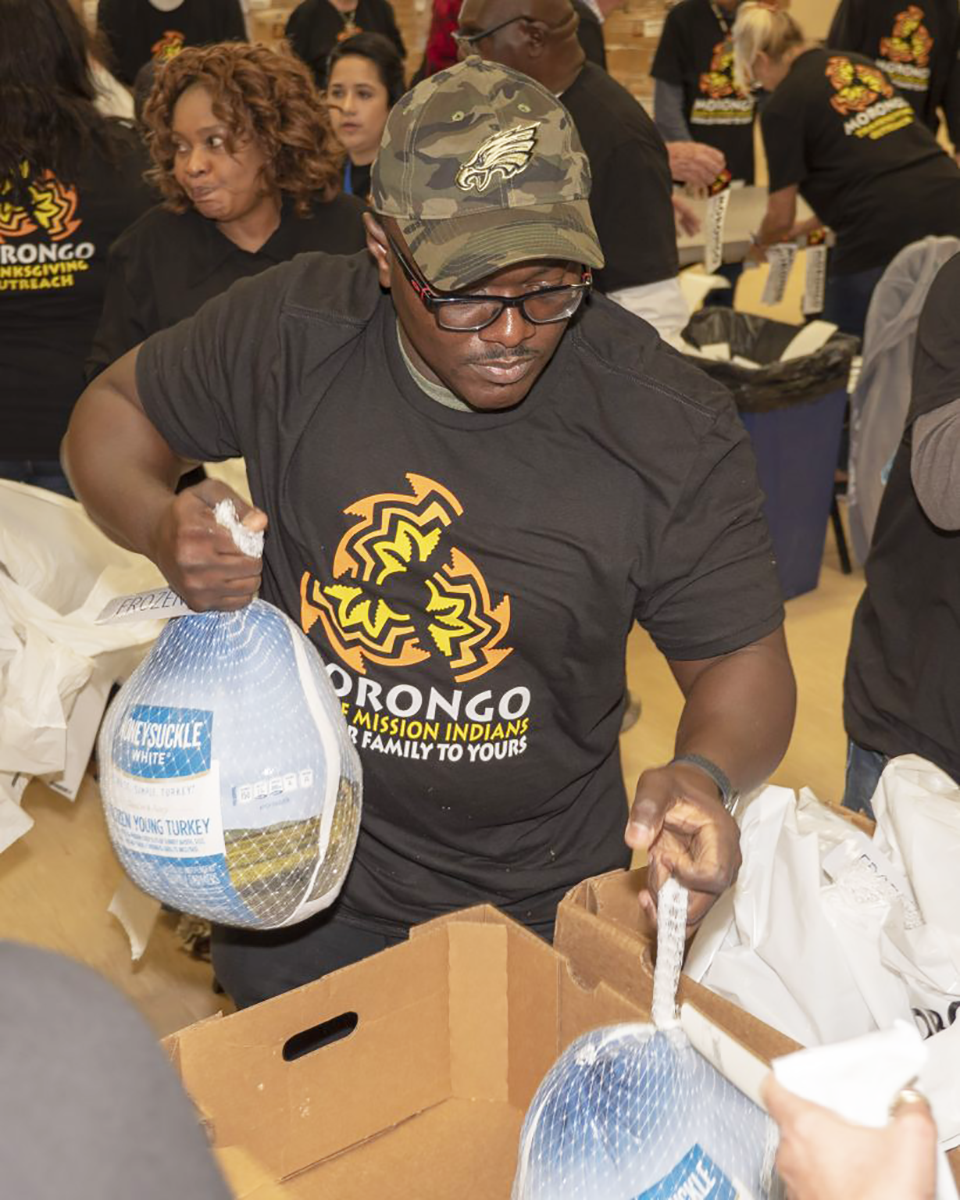 President of the Western Eagle Foundation in Temecula Todd Sieja echoed the sentiments of Burkett and Archuleta. “Morongo has always stood by our community’s veterans and their families who have served our nation and sacrificed so much.” Sieja said through the Western Eagle Foundation’s partnership with Morongo this year, it was able to help military families share and enjoy holiday meals with their loved ones.

President of the Los Angeles Mission Herb Smith, whose organization received 250 turkeys to help feed some of the city’s many homeless, also commented on Morongo’s generosity. “The Morongo Band of Mission Indians’ ongoing support of our programs have been critical in achieving our shared mission to provide comfort and dignity to homeless populations, those in the greatest need.”

He also acknowledged because of the tribe’s continued giving, his agency was able to serve and bless thousands of homeless families and individuals again this year.

As organizations expressed their appreciation for the Morongo Band of Mission Indians’ continuous generosity it is important to acknowledge that November is Native American Heritage month in California.

Wednesday, November 20, 2019 Governor Gavin Newsom signed a proclamation which read in part, “On this day 50 years ago, a group of Native American activists occupied the ancestral land of the Ohlone people, now known as Alcatraz, re-claiming the island in the name of ‘all American Indians by right of discovery.’ 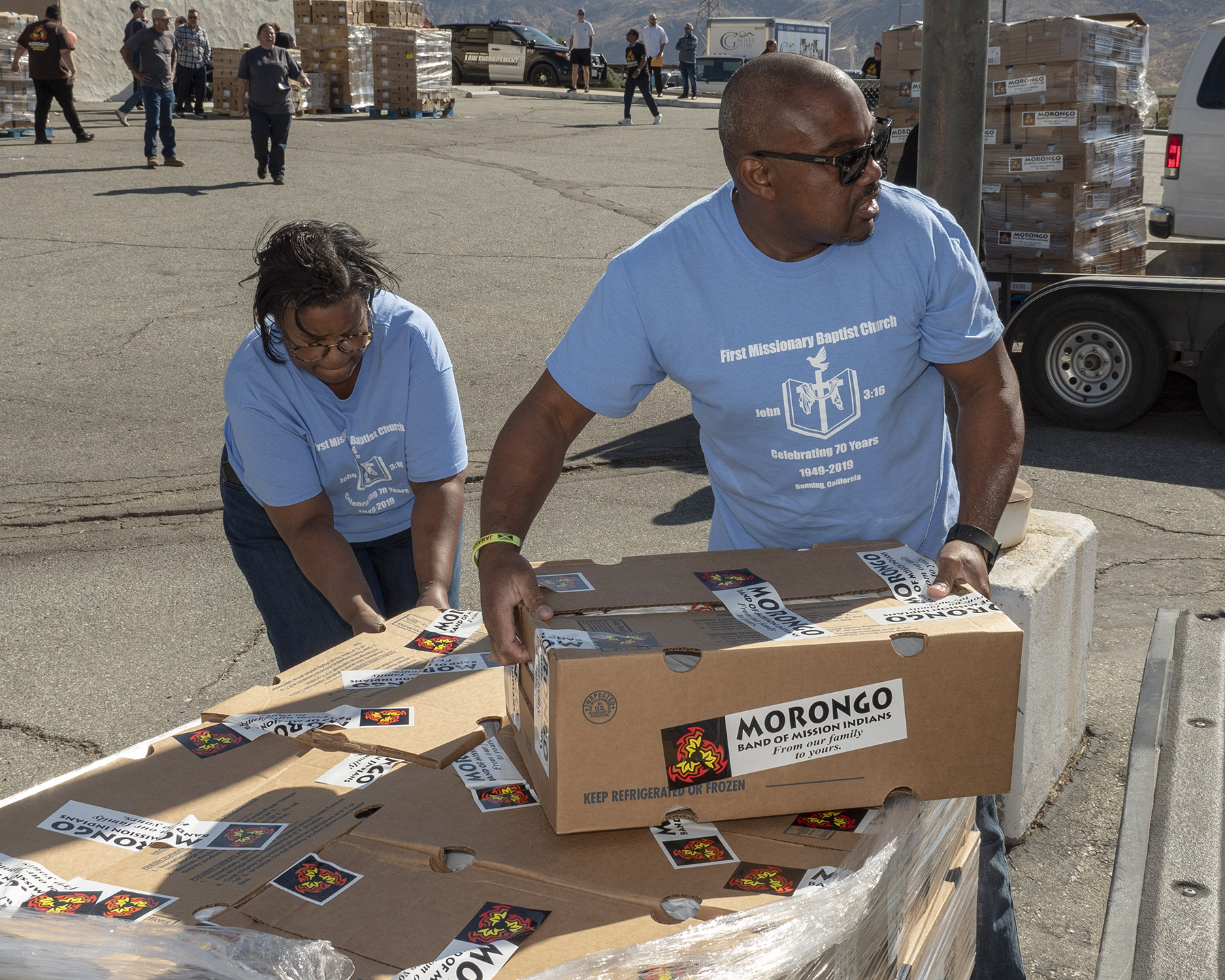 “They issued the Alcatraz Proclamation, which held that not only did the defunct island prison represent the conditions on most reservations – without fresh running water and with high unemployment – but ‘further, it would be fitting and symbolic that ships from all over the world entering the Golden Gate, would first see Indian land, and thus be reminded of the true history of this nation.’

“This act of resistance commanded respect – not only from within the Native community, but (also) from those who had long ignored or perpetuated the oppression of Native American peoples. It brought attention to the false narrative this country long maintained through the doctrine of discovery. It called out the ongoing failings of federal and state governments to keep the promises of treaties.”

According to Newsom, “The Occupation of Alcatraz is just one of thousands of examples of resilience we honor during Native American Heritage Month.”

During the month of November California formally recognizes the rich diversity of the Native American peoples and their long history here. As the governor so eloquently declared in the proclamation, “Since time immemorial, Native Americans stewarded this land, from the redwood forests and salmon of California, to the buffalo and sweet grass of the Great Plains, to the Three Sisters cultivated and cherished from sea to sea. They built communities, fostered rich cultures and spoke some 300 different languages and dialects.” 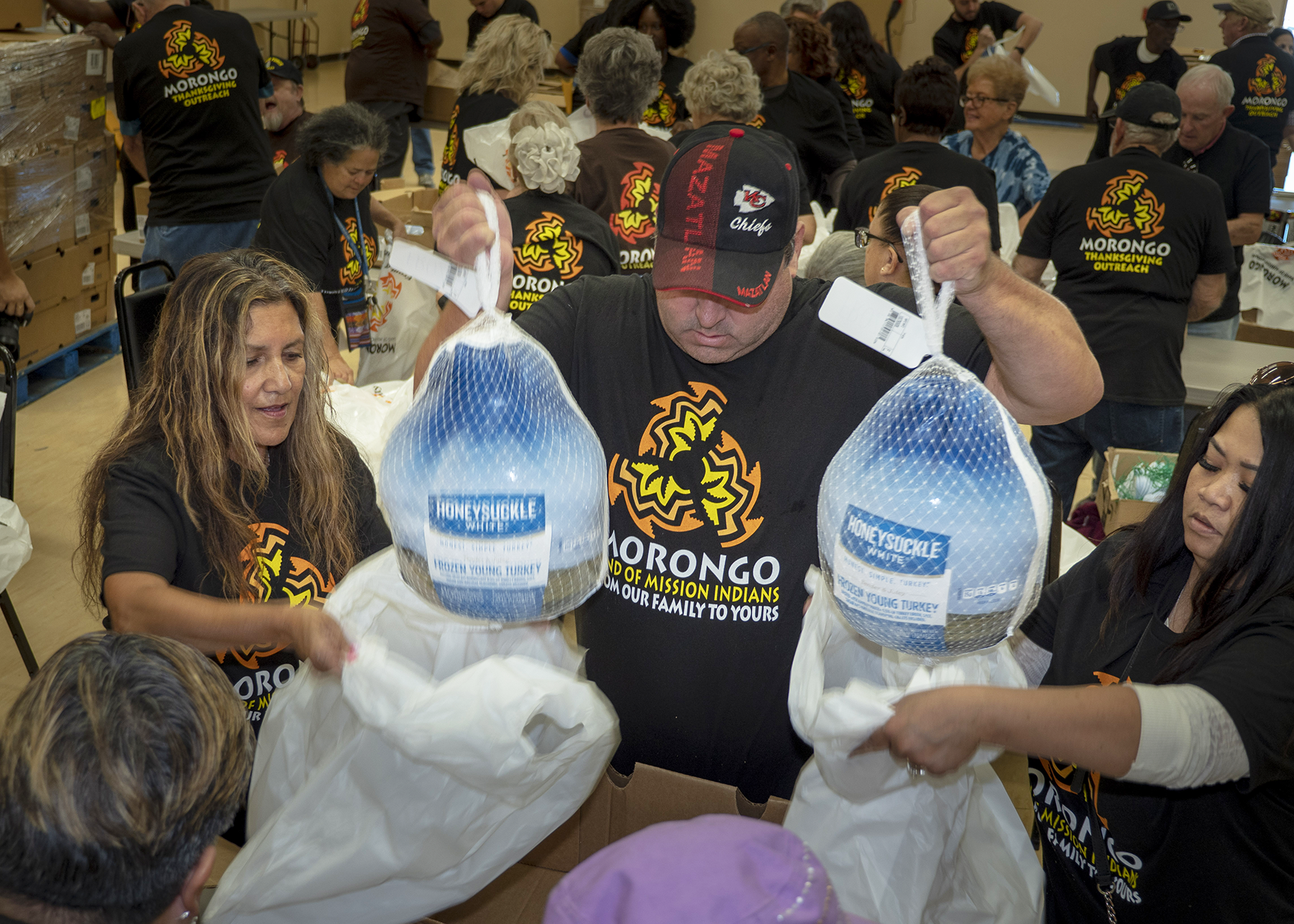 He noted, “We have done this by taking the long-overdue step of apologizing for the atrocities committed against California Native American peoples and by establishing a truth and healing council to ensure we are accounting for the whole history of California—a step we encourage other leaders to take in good faith alongside California.

In support of this new direction and under the stewardship of the first California Native American ever elected to the California legislature, Assemblymember James Ramos (D-Highland) has taken and continues to take policy, legislative, and budget steps to right historical wrongs perpetuated against the state’s native people.

To date it has authorized an additional two million dollars for Census outreach to ensure every Native American in California counts; is restoring access to lands for tribal communities so they can again protect, enhance, and access important cultural sites and resources; and signed into law bills that ensure Tribes can become eligible applicants to participate in affordable housing programs, more easily access Indian Child Welfare Act proceedings in state court and create culturally-informed youth diversion programs, while also being able to more equitably engage with the University of California on repatriation policies related to Native American artifacts, etc. 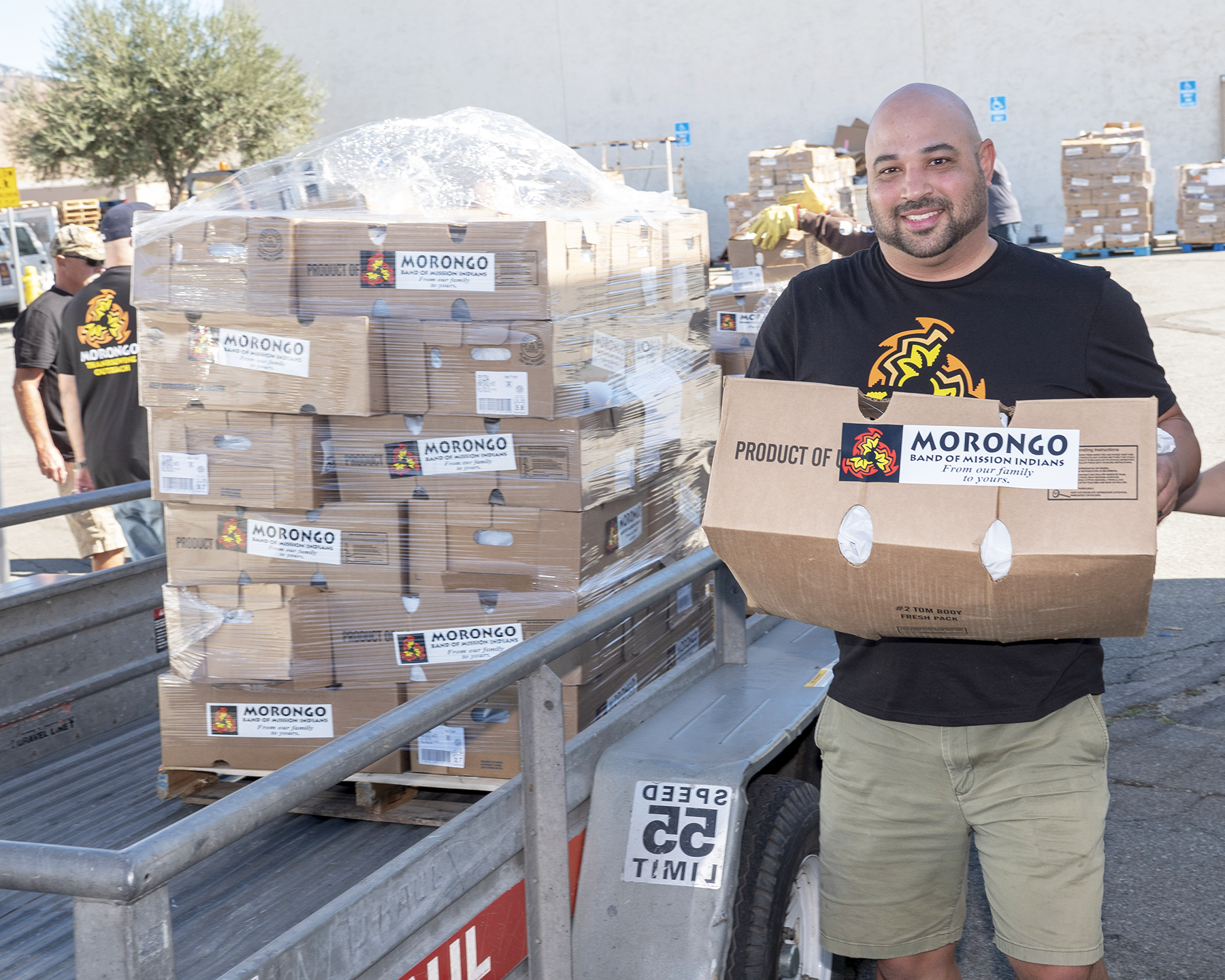 Despite a long history of maltreatment and abuse California’s Native American people as illustrated by the generosity of the Morongo Band of Mission Indians and tribes across the state are engaged as integral members of their communities.

There is a Native American blessing that reads, “Let us walk soft on the earth with all living beings great and small remembering as we go, that one God, kind and wise created all.

For organizations interested in receiving turkeys through Morongo’s Annual Thanksgiving Outreach Program next year, applications are due May 7, 2020.