2019 Spirit of the Entrepreneur Award Winners 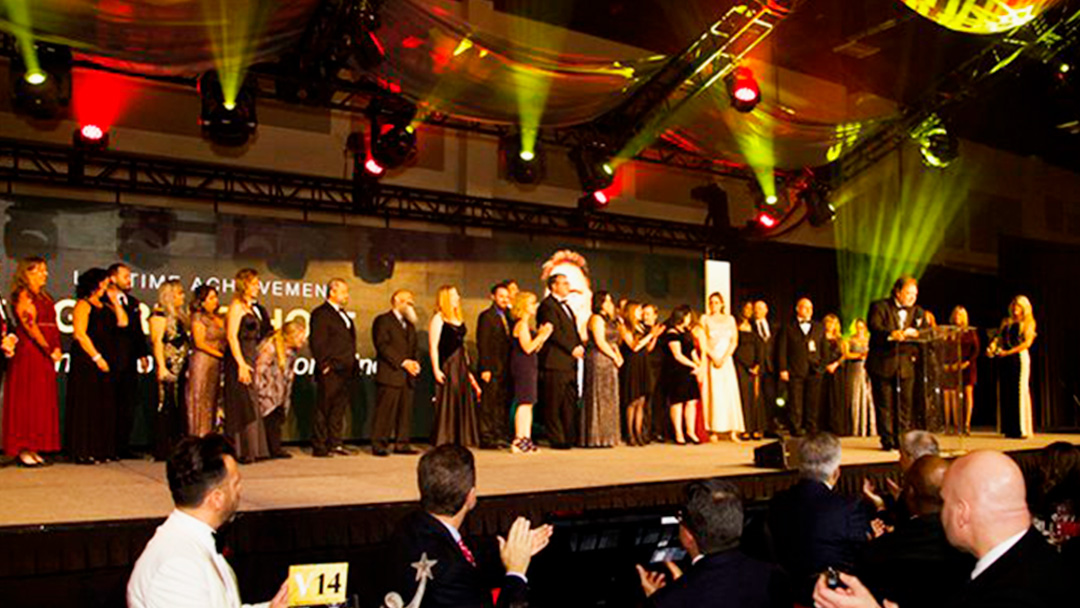 Entrepreneurs from across the region were presented with the 2019 Spirit of the Entrepreneur Awards at the Riverside Convention Center on Wednesday, November 20, 2019. “Innovation is Not Enough,” when it comes to laying the foundation for a successful business enterprise—it also requires equal measures of passion, drive, commitment and determination in addition to risk taking. Each year, the Spirit of the Entrepreneur Awards celebrates and honors the Inland Empire’s best in this regard.  This marked the 17th annual gala to be presented by the Inland Empire Center for Entrepreneurship at Cal State San Bernardino. The black-tie affair drew more than 1,000 attendees to hear the inspiring stories chosen from this year’s 33 finalists.  This year’s award recipients included Vikita Poindexter, Poindexter Consulting Group; Bob Marcynyszyn, Avalon Shutters Inc.; Dane Stevenson, QC Manufacturing; Rod Vandenbos, buzzbox beverages inc. ; Jonathan Mitchell, Sunergy Construction, Inc.; Dr. Kelly Hong, Kelly Smile Denntistry; Jon Armstrong, Do It American Manufacturing Company, LLC; Karen Mason, United Transmission Exchange; Mickey McGuire Jr., Acorn Technology Services, Inc.; Ryan Rainbolt, Education Through Imagination; and Carrie Ridgway, Mary S. Roberts Pet Adoption Center.  A special Lifetime Achievement Award presentation was made this year to Garner Holt, founder of Garner Holt Productions of Redlands. Holt founded the company as a teenager 42 years ago in his parent’s garage. Since then the company has grown to become the world’s leading designer and manufacturer of animatronic figures, ride show and theme park attractions. He became the first entrepreneur to win a Spirit Award multiple times as he was recognized as an “Innovator Entrepreneur” in 2006.   This year’s event also included a Garner Holt Student Fast Pitch Competition. Five future entrepreneurs delivered a 90-second pitch about their up-and-coming venture idea to the audience and were critiqued on their overall preparation, poise and professional presentation.  The top three pitches were recognized, and the top student walked away with a $4,000 prize. The fast pitch, which involves students from Cal State San Bernardino, is sponsored by local entrepreneur Garner Holt of San Bernardino. The top 3 finishers included Jonathan Stoneking – Halo Mouse; Victoria Zachary – Cloud 9; and Alexander Watkins – Stoggo.