114 Years and Counting: Quest for Police Department Reflective of its Diverse Community 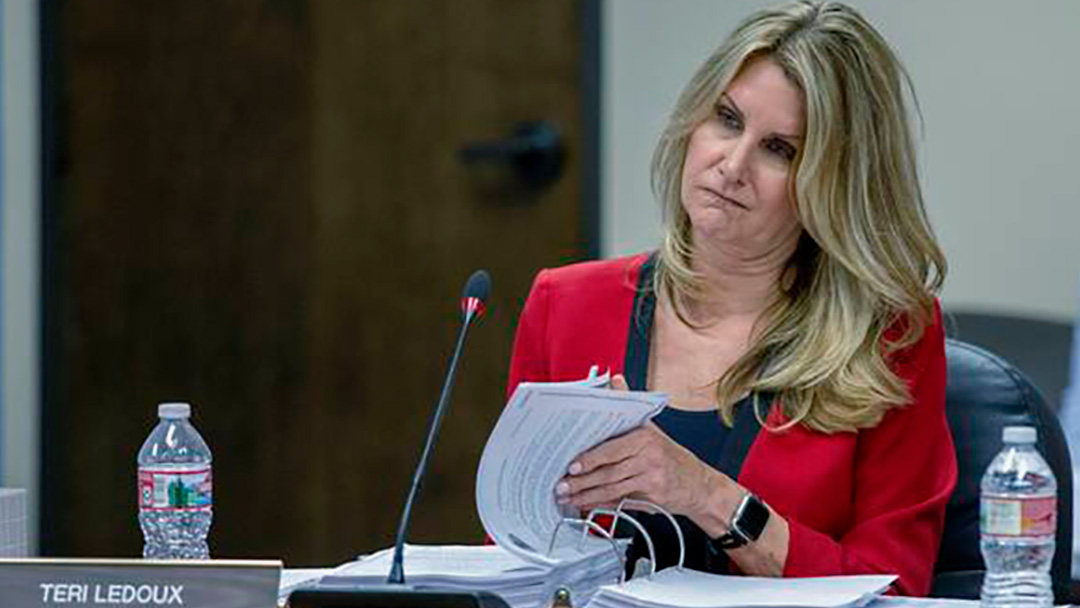 The report, which received broad support from the Center for Policing Equity (Center), was designed to provide law enforcement agencies, especially small and mid-sized organizations, with a resource to enhance the diversity of their workforces by highlighting specific successful strategies and efforts in place in police departments around the country.

The Center uses advanced analytics to diagnose disparities in policing, to shine a light on police behavior and to assist police and communities concerned with finding ways to build a healthy relationship.

When the ADLE report was introduced nationally, EEOC Chair Jenny R. Yang declared, “When law enforcement agencies remove barriers to equal opportunity, the agencies and the diverse communities that they serve both stand to benefit.

Yang continued, “Departments from around the country have been working to build a robust and diverse talent pipeline to strengthen their workforce.” She stressed how the report presented some of the most promising recruitment and retention practices used by the agencies that provided input to the report.

Although many of the practices highlighted in the report varied considerably, successful diversity building efforts by law enforcement agencies shared three common themes. One of the most prominent—and certainly the most relevant to the City of San Bernardino today—is the need to engage stakeholders, “[B]oth from within and outside the law enforcement agency—to help create a workforce that reflects the diversity of the community.”

The City of San Bernardino is 80 percent Black and Hispanic and some are stating  the police department’s predominantly White leadership needs to be more reflective of the community. In its 114-year history the city has never had a Black chief and there has been only one Hispanic appointed to the position.

The police department’s leadership in general is largely White and most officers do not live in the minority community they serve.

The San Bernardino Police Department is in the process of selecting a new chief and community leaders are asking for transparency in the method of selection. They are challenging the status quo and seeking to open a dialogue with the city manager responsible for the appointment. As stakeholders they are seeking to engage with the department in a quest to create a police force and leadership reflective of the city’s diverse community.”  Yet, true engagement is a two-way proposition.

Chief Jarrod Burguan officially retired Friday, August 16, 2019 and although The IE Voice has made two attempts to give City Manager Teri Ledoux an opportunity to share with readers how the selection for a new police chief will be made and whether or not the process will be open to outside candidates she has declined or been unable to provide a clear response.

Initially she said, “There are no guidelines for hiring a Police Chief, it’s [her] the City Manager’s discretion on whether to recruit or hire from within the organization.” And, more recently she stated, “Careful consideration is being given to the process for hiring the next Police Chief.” Adding, “Because the process is still under consideration, I am unable to address your questions regarding the selection process and associated timeline.”

Concerns over the department’s lack of diversity in leadership (all but one are White), its history of never having a Black Chief in its 114 years history and only one Hispanic in addition to the reality that most of the agency’s largely White police force does not live it the city whose residents are primarily people of color (about 80 percent), many minority leaders have pushed to open a dialogue regarding these concerns before the next chief is appointed.

“Ensuring that law enforcement agencies represent the diversity of the communities they serve can help restore trust and improve policing.”
– Vanita Gupta, U.S. Department of Justice

During a meeting of the San Bernardino City Council on Wednesday, October 2nd community leader and Publisher Emeritus of the Black Voice News Hardy Brown, Sr. extended a public invitation to Ledoux to speak before the Westside Action Group (WAG) on Monday, October 7th, the NAACP at their next meeting, St. Paul African Methodist Church’s Social Action Committee at their next meeting and the Black Voice News/The IE Voice News Editorial Board as soon as possible, “To explain her policies and intentions on filling management positions in the city and especially the Current Police Chief and Public Work’s Director Positions.”

Brown followed-up on his public invitation with an email inquiry on October 4. Although Ledoux was presented with several meeting options she replied to the October 4 email stating, “While I am unable to attend these upcoming meetings, I appreciate you taking the time to reach out and extend the invitations to speak.“ Adding,  “Careful consideration is being given to the process for hiring the next Police Chief.  Because the process is still under consideration, I am unable to address questions regarding the selection process and associated timeline.”

The application period for the Director of Human Resources position is scheduled to close on Sunday, October 27, 2019.  “We welcome qualified applicants to apply,” she advised. Those interested in the position can learn more on the City’s website www.sbcity.org/jobs.

In response Brown once again offered an open invitation for her to meet with and inform the Black community on these issues and the city in general at some point in the future.

Ledoux replied with a reference to how the city council had engaged the services of a polling firm and strategic consulting firm late last year to explore a possible tax measure in November of 2020. “The polling results will be presented to the City Council soon and if they decide to move forward with the education campaign, I will be out on a speaking tour educating our community. I would love to start with any groups you recommend.”

She went on to say, “We will likely be ready to go in January after the holidays.” Judging from this, Ledoux appeared to miss Brown’s sense of urgency.

Ledoux then went further in her message and compared San Bernardino to Flint, MI while mentioning a Netflix video she’d seen called, ‘Flint Town.’ She added. “You may recall that this is the city that had the water contamination issue?”

Although she described Flint as being half the size of San Bernardino, “[T]he issues are very much the same,” she declared. “It’s very diverse, but the majority of the population is Black instead of Hispanic like SB.” Maybe Ledoux should have stopped there—but, she did not.

“What I found interesting. and I’ve been talking to our Police Department about, is that the Black officers say, ‘[T]hey are criticized by members of the Black community for being—sell outs—to the man.’ That is very sad,” she stressed. “[A]nd I keep thinking about ways we can reach our youth and give them positive interaction with police officers so they would be proud to join a police force someday.”

She then talked about the Jazz festival she attended at Akoma Charter School where she noticed a CHP officer was in attendance tossing a football with the kids. “[I’m] not sure why we weren’t [there], but I’m looking into it.”

It is interesting how she weighed the tossing a football with a Black child (although certainly a good way to build relationships) with the same measure as the pressing need to create diversity among the leaders of San Bernardino’s Police Department and other city agencies. In conclusion Ledoux stated, “I look forward to working with you on these important matters for our community.”

Brown took this opening to extend another invitation to meet. “I would love for you to visit with me here at my home to talk with you about how the city can improve its image in the Black community.” He highlighted his positive experiences with the police department and other law enforcement agencies in the area. “When you get ready, I can even pull together a small group of Black retired and active police officers to assist in educating our community.”

Brown however also stressed the importance of the other side of the equation which is the requirement for a current police staff that is willing to change and “put out the welcome mat.”

After a back and forth between the two regarding who should attend the first meeting—Ledoux  misunderstood Brown’s request for an initial one-on-one discussion at his home and wanted to include Acting Chief McBride, Acting Assistant Chief Green and Sgt. Nelson Carrington—the two ultimately agreed to sit down—just the two of them—at Brown’s home sometime between October 21 and October 23 to discuss how the city can improve its image in the Black community before they invite others to participate in the conversation.

Brown noted, “In my opinion to include any current police staff would not be productive, especially with the article that included information on McBride and the city not having a clear path to opening up management positions to the public.”

In San Bernardino’s vision statement for the future the city declares, “WE ENVISION a world class city which capitalizes on its location, the ‘diversity’ of its people and its economy to create a broad range of choices for its residents in how they live, work, and play.”

Many have questioned whether the city is living up to its vision especially regarding its police department. The city is poised to select a new police chief and City Manager Ledoux is pivotal in that selection process.

It is apparent had Brown not continued to push for a meeting on the issue to occur as soon as it was possible for the city manager, the meeting may have been pushed into next year possibly well after a new police chief was appointed.  It is good for the community overall that the meeting will occur.

Ledoux was appointed to the position of city manager by the city council so she has no direct accountability to the voters; however, the mayor and council members who appointed her—do.

Nearly 66,965 Blacks are eligible to vote in the East and Central Valley cities of Colton, Fontana, Highland, Rialto, San Bernardino and the unincorporated communities of Muscoy and Bloomington. The Black community in San Bernardino has an average voter turn-out rate between 65 and 70 percent.