Telling Their Stories & Honoring Our Centenarians 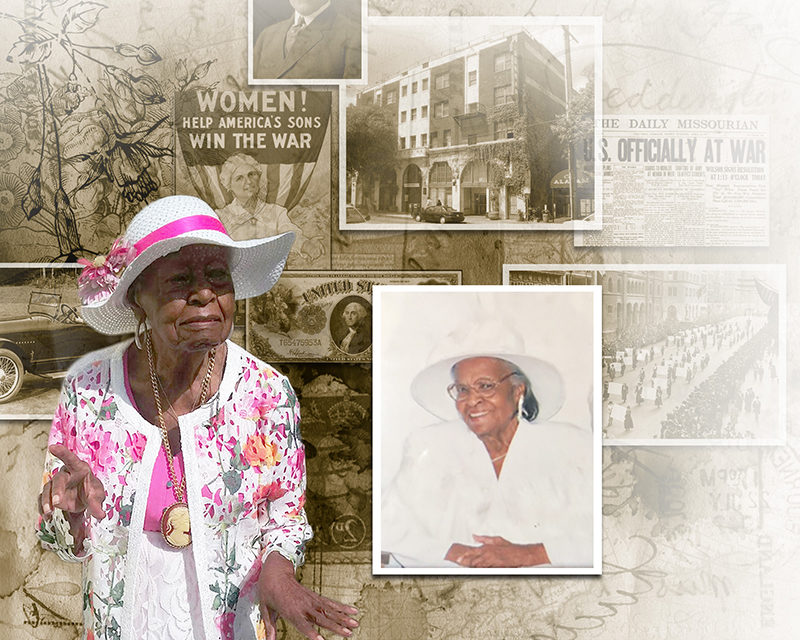 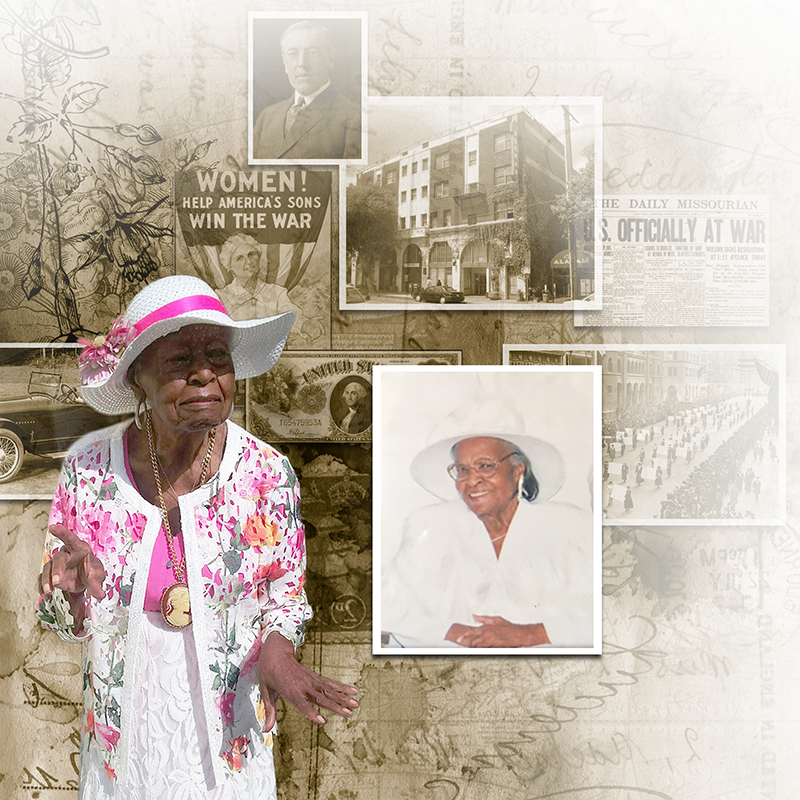 More Americans than ever before are living to the age of 100 years and beyond. When a family elder or friend reaches this mile-stone, it is certainly an achievement worthy of recognition and celebration.

Among every 100 centenarians, only twelve will be of African American descent; and eight of the 12, will be women. On the heels of Black History Month and in recognition of March as Women’s History Month, The Voice/Black Voice News is proud to recognize two inland residents, who this month join the exclusive club of centenarians—Emily Boone, turned 100 years old on Tuesday, March 14, and Lucille Hightower will join the centenarian club on March 24.

Since their birth in 1917, it is interesting to note that although much has changed, some things have to a great extent, remained the same. For example, in 1917, America entered World War 1—one hundred years later, America is still embroiled in conflict and although the areas and causes of the struggles have changed over the years, the nation’s role in international conflicts has continued to ebb and flow.

Also in 1917, the New York Times published its first ever op-ed. A hundred years later, the news giant is still frequently peppered with criticism for its often biting and pointed assessments.

In addition, 1917, bore witness to nearly fifteen thousand Blacks walking in silent protest down New York City’s Fifth Avenue in protest of racial discrimination and violence—a searing confirmation of the overused cliché that although much has changed, much remains the same. 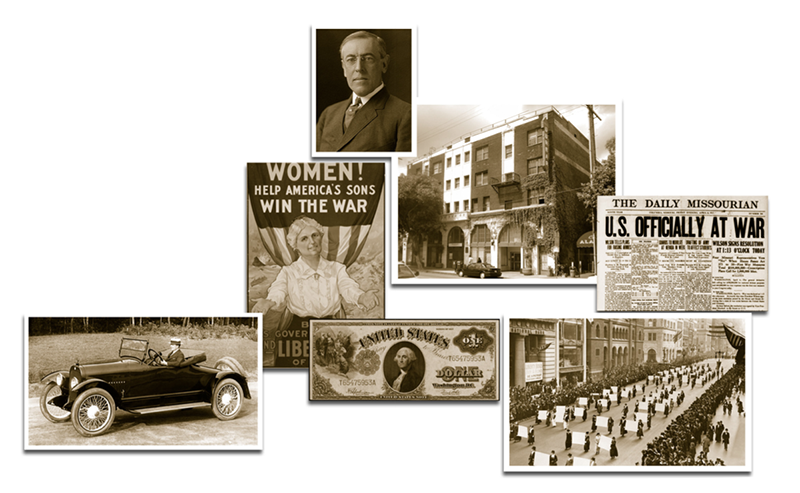 Centenarian Emily (Woodbey) Boone has seen a lot change in her hundred years. Born in San Diego, Emily (and a younger sister, Ola) spent their early years in the care of their maternal grandmother and Emily’s namesake, whom she adored.

Emily and Ola were school-aged when the two learned they were actually part of a large family clan—over the next several years, the clan would grow to ultimately include six sisters and six brothers. Four of the siblings are alive today—Oliver, 85; Shirley, 87; Marjorie, 89 and of course the family matriarch, Emily.

When her beloved grandmother became too ill and could no longer care for them, Emily and her sister moved to San Bernardino to be with her mother, father, sisters and brothers. Emily shared that after her grandmother passed away, she adjusted from living a life as one of two children constantly doted-on by her grandmother, to being one among many in a household with a dozen children.

“When the other kids were playing, I loved to stay inside with Mother,” she explained as she recalled old memories of learning to crochet; singing with her sisters and brothers while their dad played the guitar; and getting in trouble as a teenager when she and her sisters would stay out beyond their curfew.

Coming of age during the Great Depression was hard; but those hardships seemed to fade from memory when Emily reminisced about her first love and marriage. “We were married thirty years,” she shared as she recalled evenings spent with her husband, siblings and friends celebrating at the now iconic Dunbar Hotel. Although Emily and her husband ultimately divorced, together they had three children—two sons and a daughter.

Over the years, Emily would marry three more times. According to Emily, each husband was special to her in his own unique way. Owed to her longevity, she has outlived all of four of her husbands and two of her children.

Emily spent her professional career as a secretary for the State of California, one of the first Black women to ever hold the position. Also, as a granddaughter of the prominent Black Socialist Minister and political activist, George Washington Woodbey, Emily was almost destined to have a passion for politics. She remained active in local politics until very late into her nineties. Whether she was hosting affairs for the Mayor of Inglewood, where she lived for many years; supporting candidates for local or statewide elections; or working as a member of the city’s beautification committee, Emily’s passion for politics and her community remain palpable even today. Perhaps her greatest political joy was the election of former President Barack Obama—she was among his earliest supporters.

Although Emily was married four times; raised three children and had an active social life, perhaps one of her greatest passions was, and remains, the game of Bridge. Although her failed eyesight no longer allows her to play the game, she was a gifted player who travelled all over the country, participated in an untold number of tournaments and won numerous trophies. Her mastery of the game was not by chance. “I bought every book I could find on Bridge,” she explained. “I studied them because I wanted to be the best.” Emily’s personal library contained dozens of books on all aspects of the game—evidence of her commitment to it.

Emily lived alone until she was 98. Although she is in remarkably good health, she is now legally blind and her hearing is severely impaired. She now lives in Hemet with her grandniece and her family and spends her days enjoying the company of her soon to be 90-year-old sister, Marjorie.

When asked what words of wisdom she would give to the younger generations that could help them live long, fulfilling lives she said, “I would tell them to always make fast decisions, pray on it and then—let go.”

Although she has lived in the Inland region for a number of years, when Lucille initially moved to California in 1954, she and her husband Thomas, settled in Orange County. Over time, the couple owned homes in Santa Ana and Fullerton. In 1973, the couple decided to move east and eventually settled in Riverside County.

Lucille’s husband spent his career in the employ of Fullerton Junior College. It was during these years that Lucille harnessed her creativity and entrepreneurial spirit and salesmanship and launched a small home-based business where she sold produce and vegetables. Her homemade butter and fresh greens were very popular with both friends and neighbors.

When Tom and Lucille retired, they both wanted to travel but neither wanted to fly; so, the couple decided to spend time travelling the United Sta tes by car. It was during this road trip according to Lucille, that she had some of the most memorable experiences of her lifetime.

To date, Lucille’s life has been filled with political progress and change. She was still a toddler in 1919 when the 19th Amendment to the Constitution was passed and gave women the right to vote; however, she was fully aware when major civil rights gains were made in the 1960’s, particularly when Congress passed the 1965 Voting Rights Act that guaranteed Blacks the right to vote.

Lucille was only eight years old when she saw a car for the very first time. She was so surprised she ran inside and told her mother, “There is a big buggy with two men in it and no horses!” This however, was not the only amazing change she would witness. Lucille was introduced to the first color television in 1954; and she watched as the first American landed and walked on the moon in 1969.

Lucille’s 100 years were not only filled with monumental changes and events, the years were also marked with costly changes to goods and services in everyday life. For example, in 1917, the average worker made 22 cents per hour; bread costs 9 cents a loaf; the average car cost $400 and the average home price was $5,000.

California is home to the largest number of centenarians in the nation. A 2016 report published by the Centers for Disease Control and Prevention (CDC), noted the nation’s centenarian population has grown by 44 percent in recent years, from 50,281 in 2000 to 72,197 in 2014. Some experts believe such longevity is the result of good health and great genes coupled with a fair amount of luck.

Societal factors have also contributed. Such factors include improvements in vaccines, antibiotics, hygiene and sanitation. The report noted, "People are more aware of their health, of the importance of staying active and eating healthy food," as also having an impact on longevity.

A review of 2010 census data showed 82.8 percent of America’s centenarians were female. Gary Small, a Professor on Aging and Director of the UCLA Longevity Center, explained the phenomenon this way, "We know that women are more social than men. Other studies have found that staying socially connected predicts greater life expectancy."

Small continued, "If you are social, it may reduce stress levels because you can talk about your feelings and things that stress you out and it seems to help many people. If you need a ride to the doctor or you fall, they can take you to the hospital or help you find the best doctor."

Interestingly, despite the above assessment and considering women are the primary care takers and nurturers in American society, the U.S. Census Bureau noted, centenarian females were more likely to live in a nursing home than males of the same age (35.2 percent versus 18.2 percent). In addition, centenarian males are the most likely to live with others in a household compared to centenarian females (43.5 percent versus 28.5 percent).

In addition to Emily and Lucille, this article is also dedicated to all centenarians in the Inland region.