San Bernardino County’s Measure K: Overturning the Will of the People? 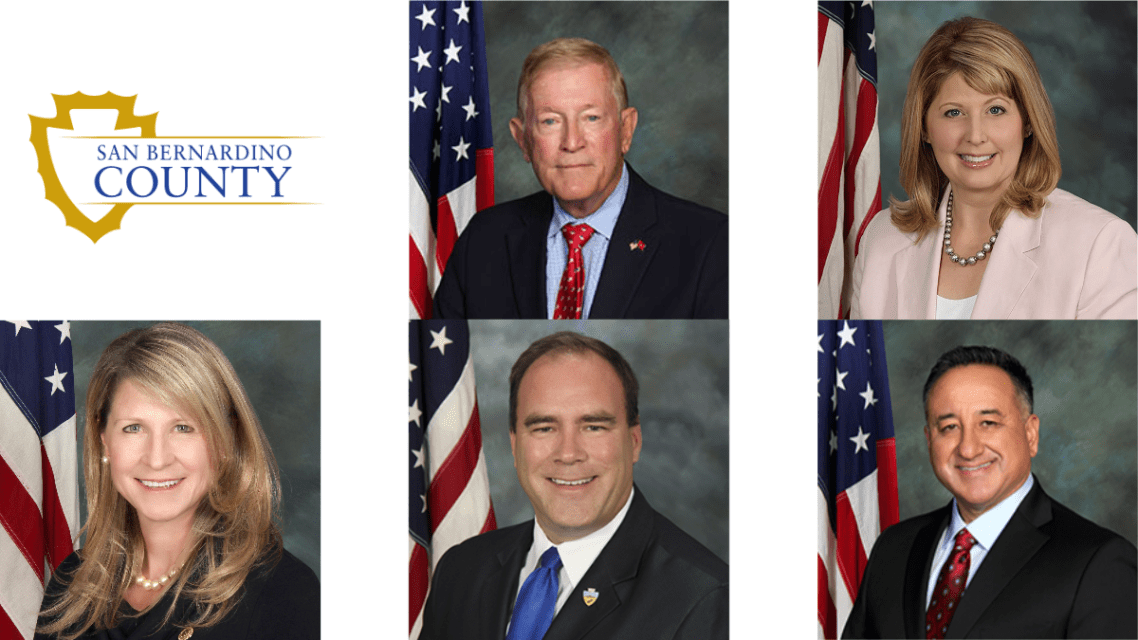 “After the elections, voters are never given an applause.”

If enacted, Measure K will limit Board supervisors to one four-year term in office and their compensation to $60,000 per year. Though this is below the median income of the county which stood at $67,903 in 2019, it also stands in stark contrast to the current compensation for the county’s supervisors which ranges from approximately $242,940 to $280,900 annually.

While voters overwhelmingly approved Measure K by a margin of nearly two to one, the votes were barely tallied and certified by the Registrar of Voters before the Board filed a complaint seeking immediate interim relief, and ultimately permanent relief, in an aggressive effort to prevent the Measure’s implementation.

The complaint was filed against the county’s own Clerk of the Board, Lynna Monell; and by attorneys being paid for with taxpayer dollars. Board members seek to prevent the Measure’s implementation by claiming it is unconstitutional and thus, unenforceable. The Board is asking the court to prevent Monell from taking any actions directed at the implementation of Measure K.

It seems ironic the Board would use taxpayer dollars to retain a Los Angeles law firm to represent it in efforts to halt the enactment of a measure approved by the very same voters now being forced to pay the salary of the lawyers now working to thwart the will of the majority and, in the process, leave voters to fend for themselves in defense of the measure as County Counsel has decided not to do so.

Measure K was sponsored by Red Brennon Group, an organization founded on principles of small government. On Friday, Dec. 18, the San Bernardino County Superior Court Judge David Cohn approved a motion by the Red Brennan Group to intervene in the lawsuit to defend against the complaint. The group filed a motion to defend the interests of the initiative’s proponent, a local small business owner. Another group, the Inland Oversight Committee (IOC) is also seeking to intervene in the case on behalf of the voters.

Listing a plethora of responsibilities Board supervisors have that extend beyond scheduled board meetings and highlighting the scope and complexity of the county, the accountability for an expansive budget, etc. as justification to disregard the will of the people, it further asserts it alone has authority to determine the supervisors’ salaries and states under the constitution they have a right to serve as long as they are duly elected by the voters.

According to reports, in communications to attorneys representing the Red Brennon Group, the Board’s legal team stated it intends to demonstrate in court that Measure K is invalid and unenforceable. Declaring further, “[I]mminent and irreparable harm will occur if Measure K is implemented, and that therefore good cause exists to warrant the granting of immediate interim relief, and ultimately, preliminary and permanent relief, preventing the implementation of Measure K.”

San Bernardino is not a rich county and it is apparent from the number of residents who voted in favor of Measure K, it seemed reasonable to voters to bring the salaries of its elected representatives more in alignment with the people they are elected to serve; yet others wonder if the small government advocates who sponsored the measure have long term goals that could eventually undermine the stability of a local government elected to represent an already fiscally challenged constituency?

Critics of Measure K point to the previous four years in Washington as an example of the debilitating impact deconstruction of government can have on the populace, and they believe such drastic reductions in supervisor compensation and strict term limits could have a negative impact on the county in the long run. Regardless, the voters in San Bernardino County have spoken and the probability of the Board’s complaint succeeding is uncertain.

This is not the first time San Bernardino County voters have considered reducing supervisor salaries at the polls. In 2012, a county resident and activist for whom the Red Brennan Group is named (Kiernan Brennan) championed a similar measure labeled Measure R. At the time, the Board possibly sensing the public appetite for political reform offered the voters another option, Measure Q, which left the supervisors’ salaries intact but marginally reduced their benefits.

For those who may not remember, 2012 was a year ripe with political discord and corruption across the region dominated local news including the infamous $102 million Colonies Settlement complete with its allegations of political bribery.

Although both measures passed in 2012, the Board-sponsored Measure Q did so by a larger percentage of the vote, 67.28% versus Measure R’s 64.25%. As a result, Measure Q prevailed and was implemented.

Having successfully thwarted the potential impact of Measure R in 2012, the Board appeared to take a similar approach in 2020 by qualifying an alternative option to Measure K for the ballot just as it did in 2012.

The measure backed by the Board in 2020, identified on the ballot as Measure J, was positioned as a charter reform initiative in part seeking to modernize charter language. In addition, this time rather than keeping the supervisors’ salaries intact and reducing their benefits as was done in 2012, Measure J sought to increase their total annual compensation, salary and benefits, to between $257,000 to $287,000, and instead, reduce the total number of terms members can serve to three.

The fact the Board supported Measure J, which sought voter approval to increase their salaries, seems to stand in opposition to a claim in their current complaint against Measure K which asserts only the Board can vote to increase supervisors’ compensation.

Regardless, Measure J successfully passed by the thinnest of margins, 50.72%. However, this time the Board sponsored measure’s margin of victory was not enough to override the success of the other measure they purportedly sought to neutralize—Measure K passed with 66.84% of the vote.

The electorate learned in 2012 when two competing measures were both passed by the voters, the measure with the highest percent of “yes” votes was adopted.

However, the Board’s complaint has put the fate of Measure K in the hands of the court. If the court rules against the Board and Measure K is implemented, it will have little, if any impact on the current slate of supervisors. This is because, based on historical precedent, the changes to salary and terms authorized in the measure will only apply to Board members elected in the future.

In late December, presiding San Bernardino Superior Court Judge Donald Alvarez delayed further rulings on the case and scheduled a follow-up hearing for Jan. 28. On that date, he will hear the motion to intervene from the IOC.

The organization’s Facebook presence defines one of IOC’s primary missions as being “[T]o identify, expose, and educate the public about non-compliance with local, state, and federal laws of every kind (including but not limited to taxpayer waste and circumvention of voter approval) by government bodies and by persons who conduct any form of business with those bodies.”

Also, on Jan. 28, Judge Alvarez will consider the Board of Supervisors’ temporary restraining order.