Riverside’s Erin Edwards, A New Kind of Leader With a Citizen-Focused Vision for the Future, Part 2 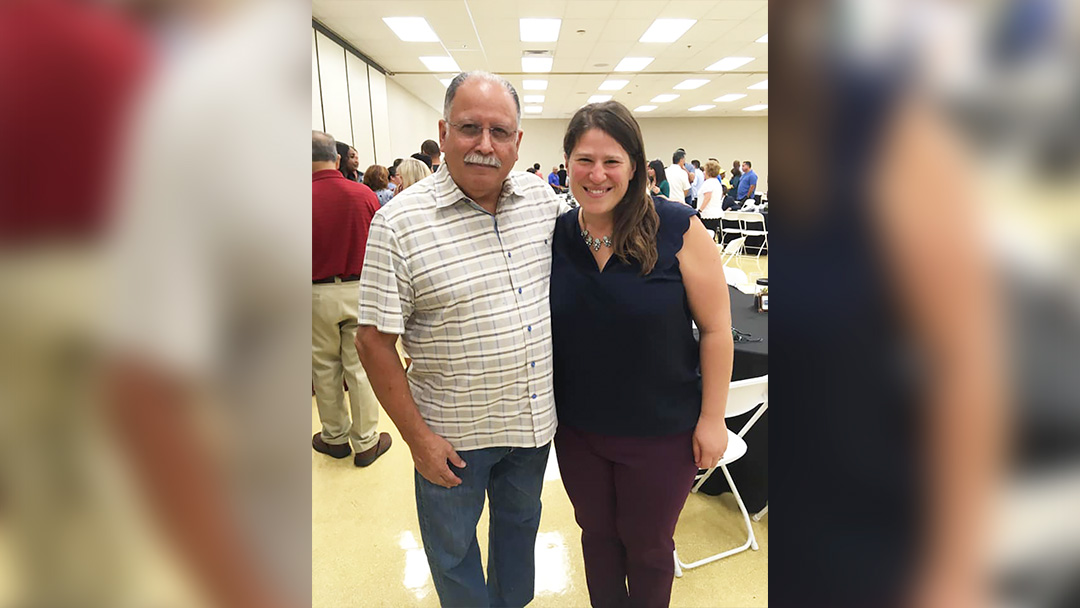 Edwards is challenging longtime incumbent Councilman Mike Gardner who has represented the ward for nearly a dozen years and whom she outperformed in the June primary by nearly seven points. Gardner initially withdrew from the race, but is actively campaiging.

Edwards and her partner Liz are raising a young daughter Ramona in the city and share the same desires as all parents who look to raise their children in a healthy and vibrant community. Edwards is running for city council to help further that vision for her community.

In addition to her background, last week Edwards shared ideas on city issues like the budget and homelessness. As a strong advocate of the Riverside motto, “The City of Art and Innovation,” she wants to help the city’s efforts to secure its place as a leader in this regard. This week we continue the interview with Edwards comments on other important issues.

Acknowledging the ongoing and increasing risks to wildfires resulting from a changing climate Edwards talked about the looming dangers based on the large number of Riverside residents living in what is defined as the “wildland interface,” the parts of the city most vulnerable to wildfires.

“Fire is certainly top of mind for me and so many residents in Ward 1, particularly [in regard] to the river bottom that runs along Ward 1 and through different parts of our city which has become wild and unmanageable land.”

She referred to the Christmas Eve fire a couple of years ago that almost engulfed historic homes along the bluff. “We have neighbors going to bed every single night terrified that their house will go up in flames,” she explained noting how there is also concern about cooking fires among those living in the river bottom.

“I also walked the trail with someone from the San Bernardino Valley Municipal Water District who talked about the invasive plant species that are unmanaged in the area. “These are the plants that will be the first to go up in flames.” She stressed the importance of replacing these invasive species with native plants that are more resistant to fires, “[T]hat is one way of helping ourselves in a rapidly changing climate.”

Edwards also spoke about how climate change is impacting women and communities of color the most because when natural disasters happen women globally tend to be the care takers and the ones picking up the pieces in communities. “I worry about climate changing in general,” she continued. “I’m a mom of a toddler and research has come out recently that shows one of the biggest factors that lead to stress in teenagers these days is climate change. Young people are so worried about what we have done to the climate. What we are leaving them is having such a strong impact on their mental health and we have a moral mandate as the adults to set better policy, so we have a planet to leave them.”

Regarding outreach to minority groups—particularly the African American community which research shows is the least engaged on the issue of climate change, Edwards explained many have shared with her how they would like to see the council focus on economic empowerment in the city and their opportunities to be at the table for all conversations, particularly conversations about the budget. She believes these conversations will present opportunities to engage on several issues, including climate change. She further promised to be a champion for such involvement of the Black community when she takes her seat on the council.

Economic development and innovation are other key focus areas for Edwards. She discussed how the city is supporting community members’ ability to stay and work in the region. “I really believe that Riverside is an extraordinary community full of talent and right now we are seeing such a brain drain.”

“Imagine,” she continued, “if the young people who grow up here and are trained and educated here were able to stay and contribute to helping us address and solve some of the issues we are facing—like climate change, like homelessness, like fire prevention—and doing that right here, Riverside could be a leader not just in the region, but nationally in that respect,” she declared with enthusiasm.

Noting again how Riverside is the City of Art and Innovation, Edwards stressed the benefits of being able to sit at the table when budget decisions are made. “We talk a lot about start-ups and start-up culture. When we think about innovation, that’s important.”

According to Edwards when discussing support for local businesses it must be more than just a good news story about another business starting up. It should also include a discussion about “[H]ow we are bringing start-ups into the region and supporting them through all phases of growth.” She further stressed how important it is for the city and consumers to support such work.

Speaking on economic development within the Black community, she stated, “I have heard nationally a dollar stays in the Black community only 6 ½ hours [compared to 28 days in the White community]. So, what are we doing in Riverside to help Black business start-ups grow and thrive?” she asked rhetorically. She further questioned whether the city is putting its money where its mouth is by making sure it is hiring local workers and businesses for city contracts. “These ideas I’m championing are not my ideas,” Edwards acknowledged. “These are things that I’ve been hearing and learning from people in the Black community like Tanya Humphrey and Elijah Frazier who are working in economic development and have been running businesses in the city for years.”

She added, “Looking to people in our community who really are experts on these issues, listening to them and being able to implement at a policy level, ways to remove barriers and make it easier for businesses and residents,” are key areas Edwards hopes to focus on as councilwoman.

To learn more about Erin Edwards and her campaign visit www.ErinForRiverside; connect with her via Facebook/Instagram @ErinForRiverside, or feel free to contact her directly by phone at (951) 783-7811 or via email at erin@erinforriverside.com.