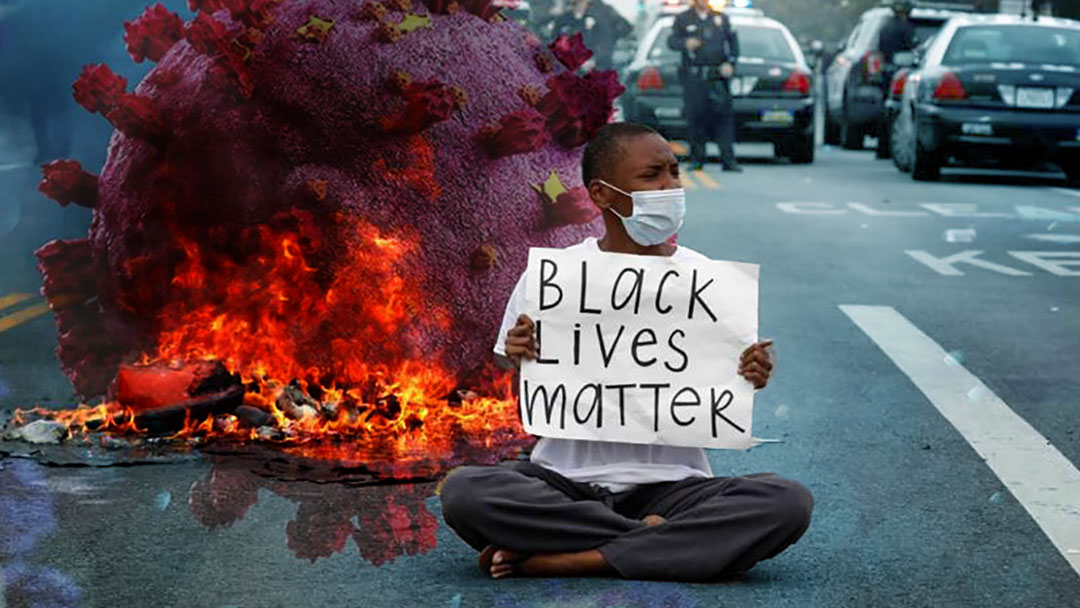 COVID-19 and police killings of Black men and women are parallel plagues ravaging America: George Floyd, dead after a police officer knelt on his neck. Ahmaud Arbery, fatally shot while on a jog. Breonna Taylor shot to death by police raiding her home. Eric Garner, Philando Castile, Trayvon Martin, Tyisha Miller — the list is far too long and ever growing.

The upheaval sparked by a video capturing Mr. Floyd’s agonizing last minutes, as a White police officer knelt on his neck, is pulsing through an America already ragged with morbidity, mortality, anger and anxiety. Emotions are raw over the toll of a pandemic that has killed more than 110,000 people across the country and cost millions of jobs.

We can’t compare these two tragedies directly — but they both are public health crises that are operating at immense scale. And in the case of Black Americans, they’re interrelated, too. These protests are about structural racism. And that racism allows police brutality to persist, as it allows disease to spread.

Amid the coronavirus pandemic, masses of people are taking to the streets to protest police brutality after the death of George Floyd in Minnesota and other victims of racial violence.

The same broad-sweeping structural racism that enables police brutality against Black Americans is also responsible for higher mortality among Black Americans with COVID-19, according to the US Centers for Disease Control and Prevention (CDC).

Police violence and racism are a public health crisis: In 2019, police killed 1,099 people in the United States, and Black people were three times more likely to be killed by police than White people. This trauma leaves a profound, lasting legacy—not only on individuals, but on families and entire communities: studies link the trauma of violence and racism to higher rates of chronic stress, long-term impacts to mental health, chronic disease and more.

Racism is associated with a host of psychological consequences, including depression, anxiety and other serious, sometimes debilitating conditions, including post-traumatic stress disorder and substance use disorders. Moreover, the stress caused by racism can contribute to the development of cardiovascular and other physical diseases.

As the COVID-19 pandemic continues, communities of color face an increased risk of exposure, transmission, and death. Evidence shows that Black Americans are dying at three times the rate as Whites, due to increased likelihood of exposure, and lack of access to quality, affordable health care, testing and other critical factors.

COVID-19 and police brutality are not separate health concerns; they are deeply intertwined. They are both compounding, ongoing crises—traced to a health emergency that has ravaged our country since its beginning: systemic racism. We all have a duty to speak out because silence is acceptance of the status quo.