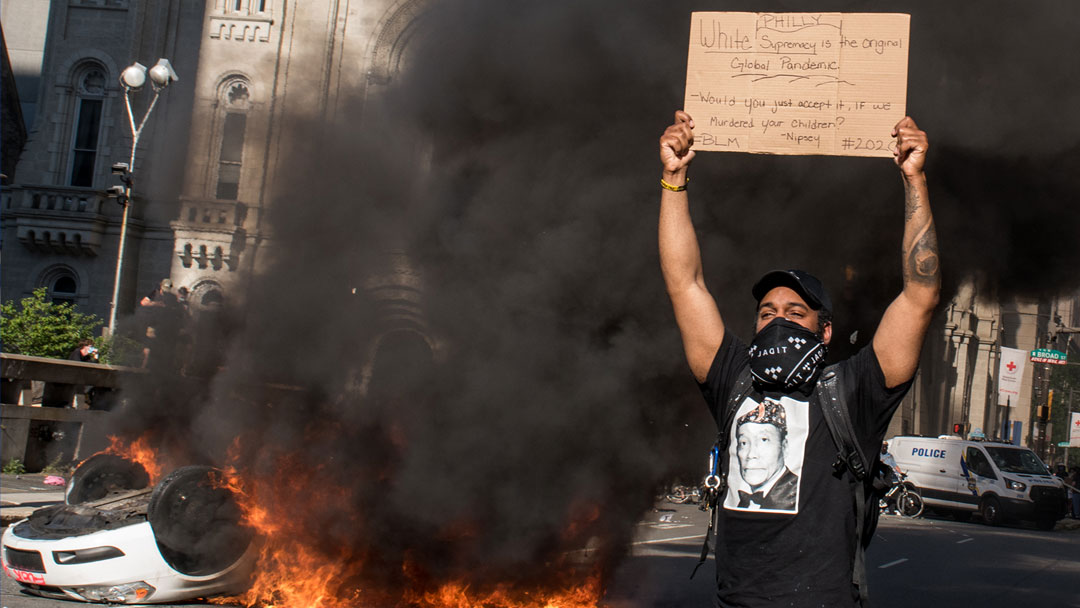 Tensions are high across the nation as Americans of all races rise in protest against the killings of Black people by the police and other vigilantes .

In recent days protesters have gathered in cities across the country braving threats of serious illness and/or death from the still present COVID-19 virus, in an overwhelming call for justice and an end to how police perpetrate violence against people of color, especially African-Americans.

Despite recent years of declining violent crime; despite the country being on lock down for more than two months and the crime rate declining even more—the number of questionable deaths of Black men and women at the hands of the country’s police has remained on pace with 2019.

In recent weeks, the media has covered the senseless deaths of Black people at the hands of police even as the nation sheltered in place and more than 100,000 souls are dead from COVID-19—people of color have succumbed to the virus in numbers far disproportionate to their share of the population.

Tensions in the Black community were already high and rose higher with the murder of Ahmaud Arbery who was stalked, ambushed, and shot to death by vigilantes in Georgia while jogging. Though he was killed February 23, his story did not gain national attention until early May when a video of the killing was shared on social media.

Then there was the murder of Emergency Medical Technician (EMT) Breonna Taylor who on March 13, was shot to death in her bed by police in the state of Kentucky as they served a “no-knock” warrant at her home in the middle of the night.

The person they sought did not live at the address and was already in police custody. No one has been arrested in her case except her boyfriend who, thinking the police were burglars, shot and injured an officer as he sought to protect Taylor. Despite her heroic service to her community in the midst of a deadly pandemic, she was disrespected even in death as the city’s mayor appeared not to think enough of her as a Black woman to even acknowledge her service as an EMT particularly in light of her tragic demise.

But it took the death of George Floyd who had the life choked out of him in the most inhumane way by a police officer who kneeled into his neck literally smothering him to death. Floyd pleaded, “I can’t breathe.” He cried out for his deceased mother. The officers knew he was in distress, they had even called for paramedics—it took Floyd nine agonizing minutes to die. And the entire scene was captured on video by a young by-stander.

In response, anger has spilled out in communities all over America and sadly, with the anger has come episodes of violence, and California is no exception.

From Fontana to Los Angeles and from San Diego to Oakland and points in between, people have taken to the streets in large numbers joining their fellow Americans in demanding police accountability and an end to institutional racism.

There is also mounting concern nationally regarding the possible role extremists may be playing in helping to ignite violence and disrupt many orderly demonstrations.

“Over the last few days,” the governor began, “we have seen millions of people lift their voices in anger, rightfully outraged at how systemic racism is allowed to persist. Every single day, people of color are disadvantaged and discriminated against. Black and Latino men in particular, face mortal danger all across this country simply because of their race. Every person who has raised their voice should be heard”.

The governor also confirmed what other governors and mayors in the country have inferred. “In California and across the country, there are indications that violent actors may be attempting to use these protests for their own agendas,” he highlighted and continued. “We are closely monitoring, organizing by violent extremist organizations . . . To those who seek to exploit Californians’ pain to sow chaos and destruction, you are not welcome. Our state and nation must build from this moment united and more resolved than ever to address racism and its root causes.”

Sadly, during Friday’s demonstrations a man working security for the Federal Protective Services was shot to death in Oakland and another was wounded. Late Saturday night, the San Francisco Chronicle reported local authorities are searching for a white van they believe was involved in the shooting.   ABC 7 News reported the deceased officer was 53-year old Patrick Underwood of Pinole, California.

Governor Newsom addressed the security officer’s loss stating, “This is a moment of pain for our state and nation. We are also mourning the tragic loss of a federal security officer and wounding of another in Oakland.”

After expressing his condolences and those of his wife Jennifer to their families, friends and colleagues he declared, “No one should rush to conflate this heinous act with the protests last night. A federal investigation is underway, and we should let that process play out.”

Although DHS officials have characterized the officer’s killing as an act of domestic terrorism, they also stressed it was too early to identify a motive.

Late Saturday night as protests in Los Angeles continued to be fraught with looting and destruction, the governor declared a State of Emergency in the city and deployed the National Guard in an attempt to restore order and prevent any further damage to life and businesses.

Bad actions were not restricted to demonstrators. In states across the country including California, New York and others there are video recordings of police acting badly including an incident in New York where an officer drove his vehicle directly into a crowd, in Los Angeles where rubber bullets were shot at a group of peaceful protesters,  and in at least three separate incidents in recent days the police have intentionally targeted the media.