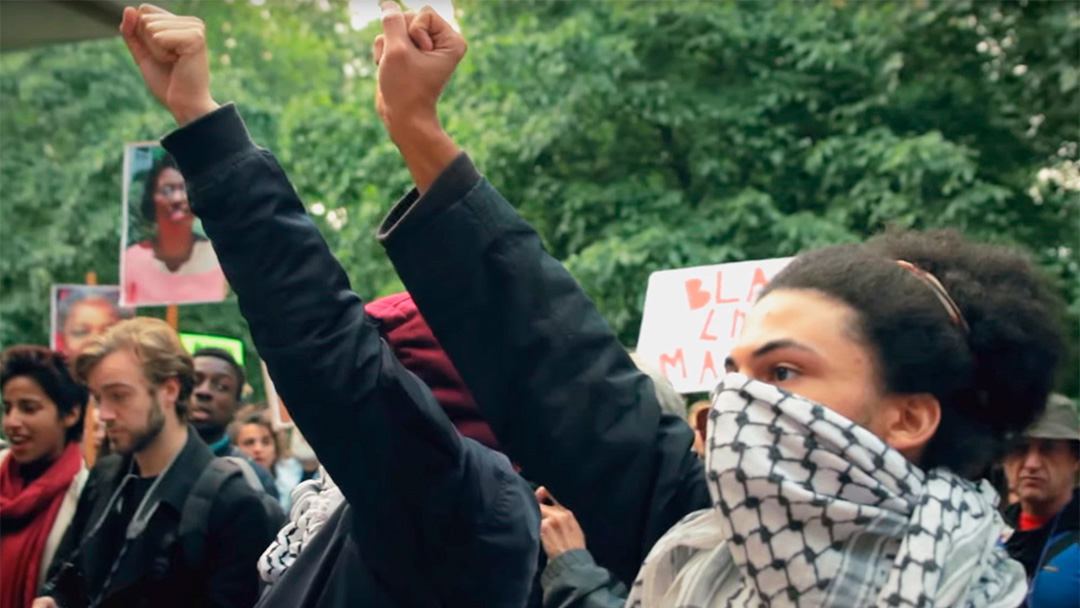 A first-of-its-kind poll by the Public Opinion Research Firm, Evitarus, revealed young Californians are civically engaged and politically active, both on and offline.

The poll conducted between June 25 and July 23, was designed to reach both high and low propensity youth of color in the state and structured to illuminate the opinions, perspectives, and policy priorities of youth, particularly youth of color—a population that is not usually reached through traditional opinion research. It targeted youth who were civically engaged as well as young people who are not currently engaged.

The effort was funded by The California Endowment and commissioned by Power California, a statewide organization that registers and mobilizes young people to vote for a more inclusive and equitable state.

“Young people in California care about social issues and are engaged with politics,” said Luis Sanchez, co-executive director of Power California. “It’s up to adults to find strategies to engage and educate these young people who care about voting but have not been mobilized to vote. We can’t afford to ignore the emerging electorate and their unique politics.”

The survey results were enlightening. In addition to painting a portrait of youth civically engaged, it also highlighted a remarkable level of solidarity across a range of high-profile social movements.  The results also provide important insights into how to engage young Californians who are not voting or currently registered to vote.

68 percent of those surveyed identify voting as a highly effective means to improve the way things are in society today, including nearly half (49%) who say voting in elections makes a “huge difference.” Assessments of the difference voting can make were largest among Inland Empire and Central Valley Youth, Latinas, White women, the college educated and those over the age of 18. Assessments were lowest among African and Asian American youth, and 16- and 17-year-olds.

Conversations about social issues and politics are often gateways to voting and other forms of political participation. Young people in California are engaging in a diverse range of civic activities. Notably, 88 percent report talking to friends or family about politics.

Rates of volunteerism and social media engagement also rank high. In addition, the survey shows that youth civic participation includes a commitment to political values that guide their purchasing decisions. For example, 45 percent reported either boycotting, or deciding not to buy a product or support a company for political reasons”

The young respondents cited immigration and housing as the top problems facing California followed by the environment, education, homelessness and racial profiling/policing/criminal justice.

This differed slightly from statewide polling of all voters, who are most likely to name jobs and the economy as the most important issue facing people in the state, and among whom immigration is only the second most cited top issue.

When asked to grade California state government for the job it is doing to create a good quality of life for all Californians, young voters give California leaders a failing grade—a 1.94 GPA. Youth in the state’s Central Valley gave the state its lowest rating, a 1.63 GPA.

Eighty percent of respondents said they consider themselves a part of one or more high profile social movements. They identified with the climate/environmental justice movement, Black Lives Matter, or the movement for lesbian, gay, bisexual, questioning/queer, and transgender equality. By comparison, only one in five said that they do not consider themselves a part of any of the social movements presented in the survey.

For many of these young people, participation in social movements extends beyond typical markers of social identity, such as race/ethnicity, sexual orientation, and gender identity. For example, while Black respondents make up only 6 percent of youth ages 16-24, half identified with the Movement for Black Lives, including 49 percent of non-Black youth. Likewise, although only 21 percent of respondents identify as LGBTQ, 50 percent identify with the movement for LGBTQ equality, including 41 percent of heterosexual youth.

Other notable measures of solidarity across markers of social identity were present within the Undocumented and Unafraid and #MeToo movements. For example, while the Latino and Asian American communities have been disproportionately impacted by deportations and the separation of families due to documentation status, at least 29 percent of non-Latino and non-Asian American youth who have not “worried that they or a family member might be deported” consider themselves a part of the Undocumented and Unafraid/Dreamers movement. Similarly, 29 percent of men consider themselves a part of the #MeToo movement.

The survey also revealed youth of color experienced lower rates of contact by political campaigns and other groups focused on outreaching to voters. Sixteen percent of 18-24-year-olds participated in the June 2018 Primary Election, however only 11 percent of Latino and African American youth voted. Decades of scholarship have shown that contact by voter mobilization campaigns, particularly in-person canvassing, significantly impacts participation in elections. The Survey results indicated that among verified registered voters, youth who report being contacted by a candidate, political campaign, or other group voted in the June primary at strikingly higher rates than those who reported that they were not contacted. Contact rates were highest among White voters and lowest among Black voters.

The survey also provided rare insight into the civic engagement and policy priorities of incarcerated youth and youth who have had contact with the criminal justice system. While incarcerated youth reported lower levels of civic engagement than youth who have never had contact with the criminal justice system, contrary to popular belief, they participate in civic life in several ways. They are also attentive to the impact of public policy on their lives and communities.

Forty-six percent of young people who reported that they had been arrested, held, or detained by police at any point in their lives said they have volunteered in their community at some point this year, including thirty percent who took the survey while in county jail or juvenile hall.

“This poll is among the first to poll young people in all areas of California and to connect with young people we traditionally don’t poll, such as non-voters and incarcerated youth,” said Veronica Terriquez, Associate Professor of Sociology at University of California at Santa Cruz. “The findings show that the interest and engagement in politics is already there for young people. To make sure this translates to turnout, we need to teach young people about how voting is relevant to their own lives and their community.”