What’s in the Water? Everyone Should Be Concerned 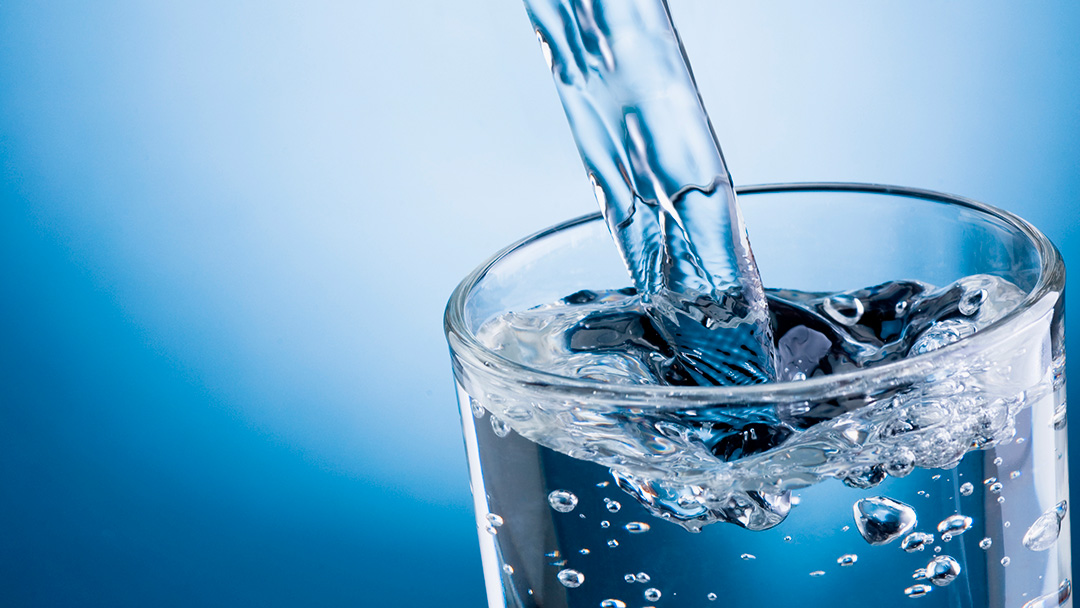 On Valentine’s Day 2019, the Environmental Protection Agency announced its highly anticipated Action Plan regarding highly fluorinated toxic chemicals (PFAS) also known as PFCs, permeating the environment across the nation and around the world.

In what the agency identified as a “historic plan,” it outlined concrete steps to address PFAS and to protect public health, agency officials declared they took this action in response to extensive public interest and input the agency has received over the past year.

The plan identifies both short-term solutions for addressing these toxic chemicals and long-term strategies aimed at helping to provide the tools and technologies states, tribes, and local communities need to deliver clean and safe drinking water to their residents and to address PFAS at the source—before it gets into the water.

Touting the plan, EPA Acting Administrator Andrew Wheeler proclaimed, “The PFAS Action Plan is the most comprehensive cross-agency plan to address an emerging chemical of concern ever undertaken by EPA.” Adding, “[W]e utilized all of our program offices to construct an all-encompassing plan to help states and local communities address PFAS and protect our nation’s drinking water.”

On the same day the EPA made its announcement, the national nonprofit organization, Toxics Action Center, claimed PFAS exposure will continue under the EPA plan. The organization stated its belief the EPA plan does nothing for communities that have been contaminated without consent for decades.

Why so much focus and concern—because these man-made chemicals have been linked to kidney disorders, reproductive cancers, autoimmune disorders and the list goes on. It is estimated these chemicals are in the drinking water of at least 110 million Americans including many in California and the inland region.

Another organization, the National PFAS Contamination Coalition, described the EPA plan as, “woefully inadequate for those that have been suffering from exposure to contamination for decades.” Expressing her frustration with the agency’s hedging, one environmental activist proclaimed, “Babies are still being born today contaminated [with PFAS] from exposed mothers, facing diseases that will last a lifetime.”

Much of the activists’ consternation was rooted in the choice of language used by the EPA to describe the plan’s implementation. It used phrases like ‘in process’, ‘committed to’ and ‘very soon’. The same ambiguous timeline promised for years. 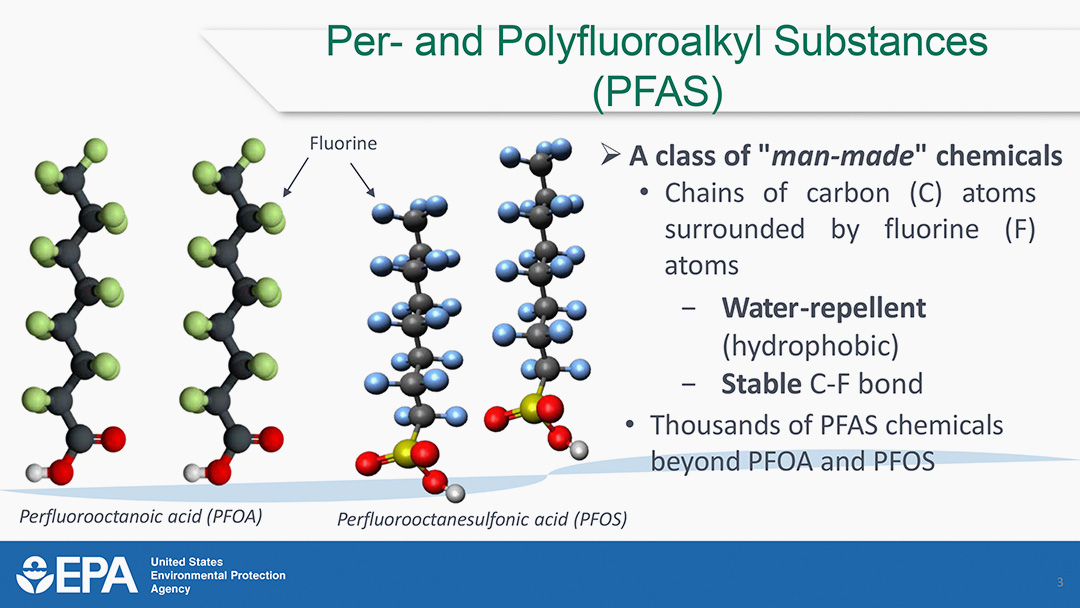 March 6, on the heels of the EPA announcement, the California Water Resources Control Board held the first-of-its-kind public meeting where it issued a tiered approach to this issue in order to provide clarity to industries in the state that although cleanup levels are still some ways off,  they should prepare for a major investigative effort to be undertaken by the Water Board.

Although the Board made it clear California will not initiate steps to declare Maximum Contaminant Levels (MCLs) for PFOA and PFOS (chemicals that are part of the PFAS family of 4,000 man-made chemicals generally resistant to heat, water and oil) in California’s drinking water in the near term—unlike the EPA—the Water Board intends to immediately introduce a “PFAS Phased Investigation Plan” to systematically obtain PFAS effluent and drinking water data.

PFAS are everywhere. According to the EPA, “They are used to keep food from sticking to cookware, to make sofas and carpets resistant to stains, to make clothes and mattresses more waterproof, and to make some food packaging resistant to grease absorption—they are also used in some firefighting materials and a variety of other industries, including aerospace, automotive, building and construction, and electronics.”

The goal of the Water Board’s public meeting last week was to provide information on potential sources and risks of PFAS in California’s drinking water.

The panel of experts who participated did not include any industry representatives but did include the Water Board’s Division of Drinking Water, California’s Department of Toxics Substance Control, Office of Environmental Health Hazard Administration, the US EPA, US Navy, and several Non-Governmental Organizations including Clean Water Action, Natural Resources Defense Council, and California Communities Against Toxics. 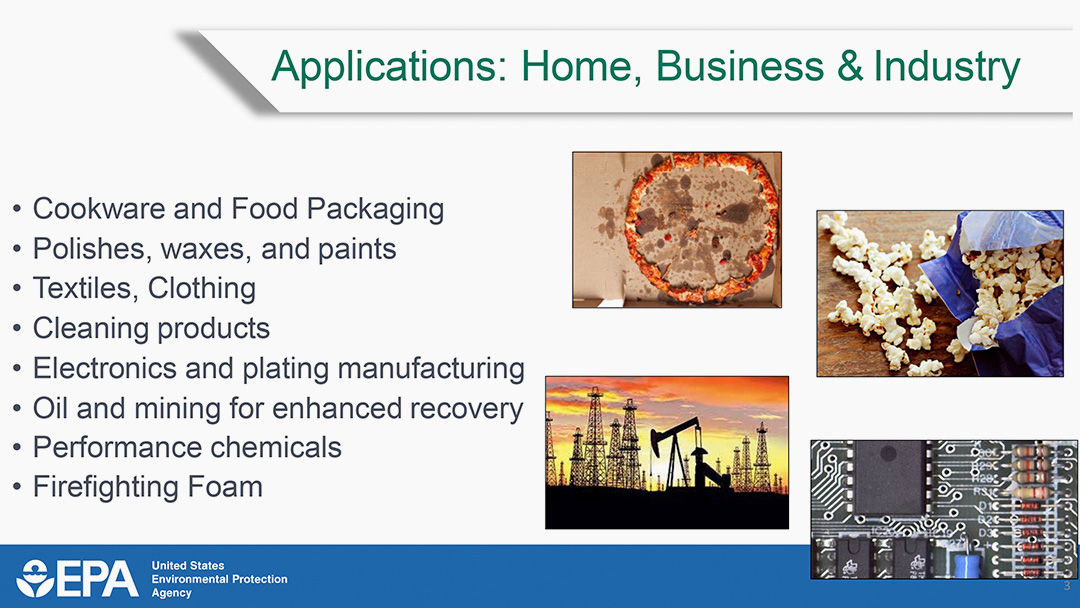 Last week’s meeting is expected to have major ramifications. To begin with, in 2016, the EPA published non-regulatory, lifetime Health Advisory Levels (HAL) for the two key PFAS chemicals, PFOS and PFOA, in drinking water of 70 parts per trillion combined. These are very low levels, although some states have since gone even lower. But unlike other states, California—the alleged environmental consciousness of the nation—has failed to formally adopt the HALs nor has the state established legally actionable levels of its own.

Although it is noted that the most consistent health findings for humans regarding PFAS and PFOS are increased cholesterol levels, findings have also revealed impacts on infant birth weights, adverse effects on the immune system, thyroid hormone effects and cancer.

The Centers for Disease Control and Prevention (CDC) has issued a fact sheet to provide interim guidance to assist doctors and other clinicians with patient consultations on PFAS. It highlights what PFAS are, which chemicals fall into this category of substances, identifies health effects associated with exposure to various PFAS, and suggests answers to specific patient questions about potential PFAS exposure. View the fact sheet at http://www.atsdr.cdc.gov/pfc/docs/pfas_clinician_fact_sheet_508.pdf.

The Water Board acknowledged that given the size and importance of PFAS-implicated industry in California, the next steps taken by California’s key state regulators are critical. According to the Board, the hunt for data will affect thousands of facilities, drinking water systems and private drinking water well owners. The agency noted, “It is easily the largest data hunt for PFAS in drinking water California has ever endeavored and demonstrates how seriously the state is taking the potential threat of PFAS.”

The Water Board stressed PFAS in California’s drinking water is “very concerning,” noting the state “must act now” and any future comprehensive regulatory scheme should involve more than the most commonly tested and understood PFAS – PFOS and PFOA – and address the chemicals as a “class” if possible. In other words, it is apparent California regulators are looking beyond the scope of the EPA. 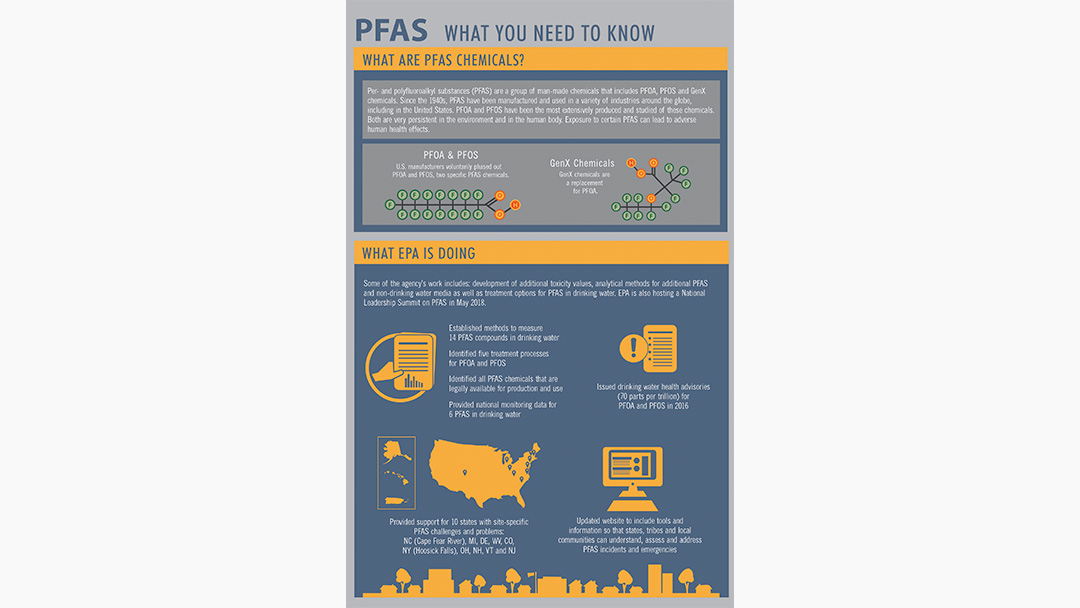 The EPA issued a lifetime health advisory in May 2016 for PFOS and PFOA for drinking water advising municipalities they should notify their customers of the presence of levels over 70 parts per trillion in community water supplies.  It recommended the notification of customers include information on the increased health risks, especially for susceptible populations. Based on the current available peer-reviewed studies on laboratory animals and epidemiological evidence in human populations, the agency released the following statement, “These studies indicate that exposure to PFOA and PFOS over certain levels may result in adverse health effects, including developmental effects to fetuses during pregnancy or to breastfed infants (e.g., low birth weight, accelerated puberty, skeletal variations), cancer (e.g., testicular, kidney), liver effects (e.g., tissue damage), immune effects (e.g., antibody production and immunity), thyroid effects and other effects (e.g., cholesterol changes).”

EPA researchers are measuring PFAS in air, drinking water, soils, etc., to understand how and to what degree people might be exposed to PFAS. According to the agency, this will help states, tribes, and local communities assess potential risks and choose the most effective methods for protecting public health.

In June 2018, California’s Office of Environmental Health Hazard Assessment (OEHHA) recommended interim notification levels for PFOA (based on liver toxicity, as well as cancer risks), and for PFOS (based on immunotoxicity). OEHHA made these recommendations following its review of currently available health-based advisories, standards and supporting documentation.

In addition since 2017 the Environmental Working Group (EWG) has maintained an interactive map titled, “Mapping a Contamination Crisis” showing where PFAS contamination has been identified at sites across the country including here in the inland region https://www.ewg.org/research/mapping-contamination-crisis .