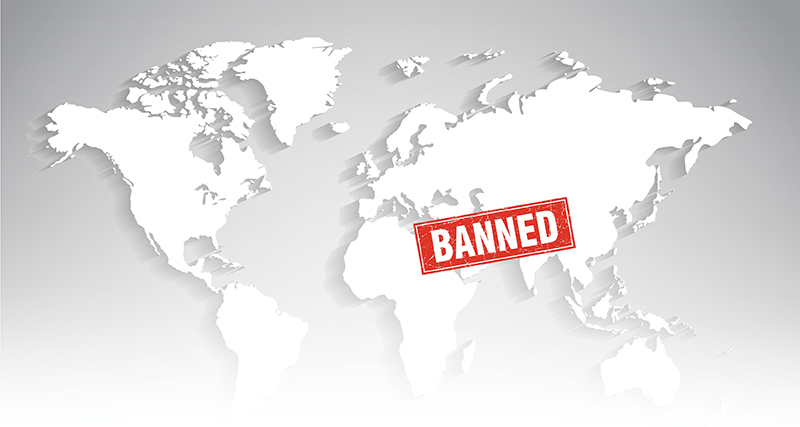 A previous travel ban, issued in March, restricted those traveling to the US from Iran, Libya, Somalia, Syria, Sudan, and Yemen. The March ban expired Sunday evening. The new order reestablished the ban on five of the six countries—it excluded the Sudan—but added Chad, North Korea and Venezuela.

According to the President, the eight countries identified in the new ban “remain deficient, at this time, with respect to their identity-management and information-sharing capabilities, protocols and practices. In some cases, these countries also have a significant terrorist presence within their territory.”

The President again stressed he issued the order to protect the security and interests of the United States and its people. “I am committed to our ongoing efforts to engage those countries to cooperate, improve information-sharing and identity-management protocols and procedures, and address both terrorism-related and public safety risks.”

An initial travel ban, issued in January, sparked international outrage and was almost immediately blocked by courts as unconstitutional due to its discriminatory effects, leading the President to re-issue a modified ban in March.

The March order was also challenged legally and was before the Supreme Court for consideration. The nation’s highest court was scheduled to hear arguments on that version of the ban in October. When the new travel ban was announced, the Supreme Court ordered a thorough briefing to determine whether it has rendered the pending case irrelevant.

Restrictions for the five countries carried over from the March order—Iran, Libya, Somalia, Syria, and Yemen—will continue uninterrupted, while restrictions on the three newly added countries—Chad, North Korea, and Venezuela—become effective at 12:01am on Wednesday, October 18.