The Very Idea of “Acceptable Loss” in Riverside 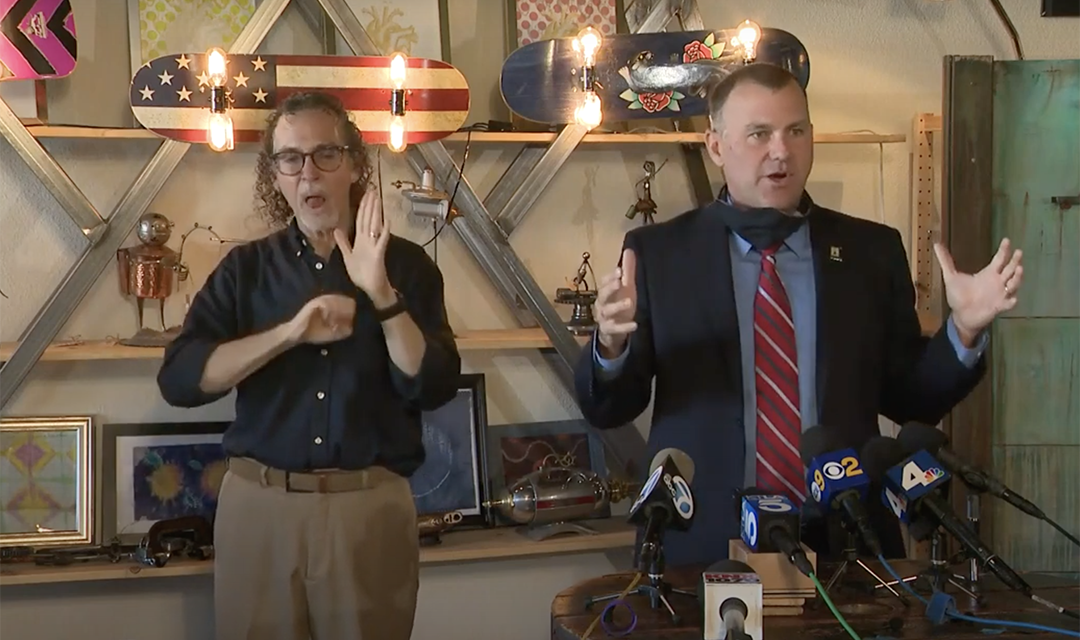 There were 20 more COVID-19 related deaths in the County of Riverside on Monday, May 4, 2020, the same day city officials hosted a press conference to discuss that they are making plans to reopen the city.

In addition, this week the county’s Board of Supervisors is contemplating modifying orders related to wearing masks and social distancing and is taking public comment on the matter. Even with the masks and social distancing the virus has been slowed and contained but continues to spread. The Board listened to public comment all day Tuesday and agreed to table the issue until Friday, after the governor is expected to issue guidance for the opening of some businesses.

Compare and contrast national data regarding the impact of COVID-19 over a period of little more than a month. On March 24th, the United States reported 53,441 confirmed cases of COVID-19 compared to 1.24 million confirmed cases today. Also, as of March 24th, there were 693 COVID-19 related deaths nationally, compared to 69,530 deaths as of Monday. Now, imagine what these numbers might have been had precautions like social distancing and mask-wearing orders were not implemented.

Over the weekend, the nation learned the president had revised his estimates of how many Americans are projected to die from Covid-19. Last month, he predicted 70,000 deaths. He has now increased his projections to somewhere between 75K, 80K to 100K deaths.

Dr. Deborah Birx, an expert in infectious disease, who is serving as a key medical advisor to the White House during the pandemic, appeared to politically massage her response when subsequently asked about the president’s comments, claiming she has remained consistent in her projections of 240K deaths.

Birx’s comment about the projected death toll once again left some observers to conclude the president’s claims were not coming from the medical experts on his COVID-19 Task Force.

By June 1st, according to a New York Times report based on recent CDC forecasting, the nation will be experiencing about 200,000 new cases of COVID-19 per day with a daily death toll approaching 3,000.  Even as Mayor Rusty Bailey held his press conference Monday morning, the county continued to have the second highest rate of positive cases in the state (4,034) behind Los Angeles County, as well as the second highest number of deaths (176). In addition, it has barely been a week since the county recorded its highest number of new cases in a single day, on April 26, and its highest number of deaths (20) in a single day was actually recorded the day of the press conference. Previously, the highest number of COVID-19 related deaths stood at 13, a death toll recorded twice in recent weeks on April 22 and again on April 26.

Despite this disturbing reality, Riverside leaders—both political and business—appear determined to open the county. Some residents are concerned however, these leaders may be weighing economic viability against what may be considered—”acceptable loss”—a term used by the military to indicate casualties inflicted by the enemy considered tolerable. In this case the enemy is COVID-19.

The bigger question at this point is—Who among Riverside County’s leaders, employees, families, friends, co-worker, etc. are willing to be counted in the category of “acceptable loss?”

During Monday’s press conference elected leaders and members of the Chamber of Commerce were aligned in their messages including information regarding the area’s hospitals not being overwhelmed by COVID-19 patients and a recommendation—the city should prepare to reopen. “Our region desires to be on our toes, not on our heels, when the governor gives us the green light,” the mayor proclaimed.

Yet, Bailey also appeared sensitive to concerns about the potential for continued new cases of COVID-19 and more loss of life when he stated, “Public health and safety trumps all.”

Despite the mayor’s protestation about the importance of public health and safety, it appears many of the reopening decisions are “not” being driven by science (as scientists are projecting a near doubling of cases and deaths nationally by June 1) or by data (as even the president has called for a 14-day downward trend in positive cases before re-opening, a target Riverside County had yet to attain).