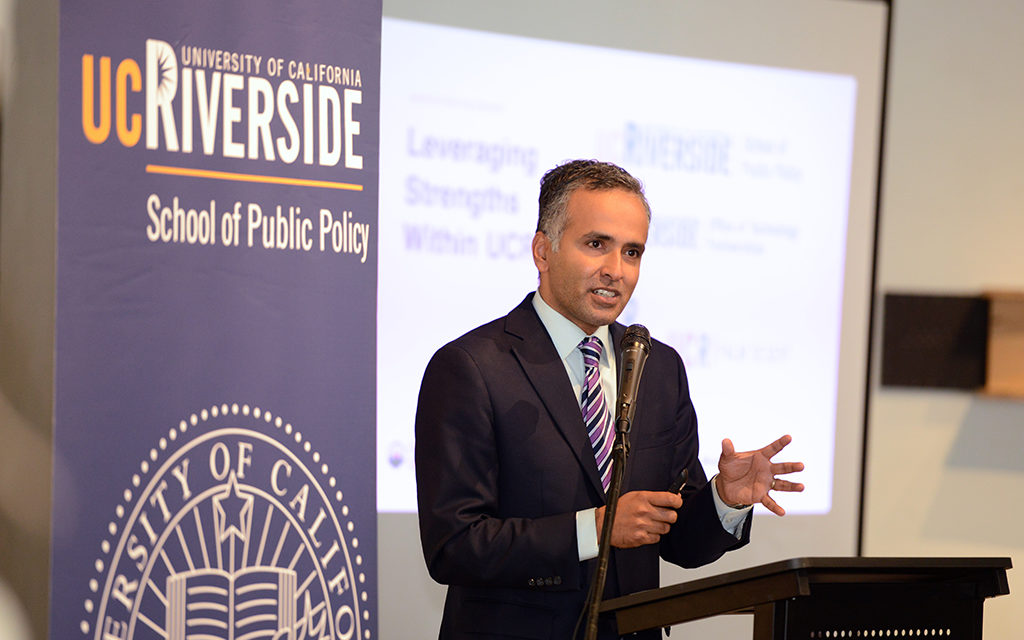 Not only will what we invest in reflect our values—how we make these investments and report on them will be informed by our mission, as well. We hope to make diversity, equity, and inclusion bywords of this investment movement, paying attention to the makeup of investment teams, as well as where they invest and with what values. Last week I participated in the launch of an exciting new institution in our region, the Center for Social Innovation housed at the University of California, Riverside.

The Center is the result of two years of planning, engagement, and foundation dialogue that sought to create a “credible research voice that spurs civic leadership and policy innovation.”

The Community Foundation serving Inland Southern California is at an exciting transition, I explained during my remarks. We recently announced Michelle Decker as our new CEO after a nationwide search. She has 27 years of significant experience in the social enterprise sector, in both rural Ohio, as well as a significant tenure in the urban communities of Southeast Baltimore where she was co-founder of the Maryland Asset Building Community Development Network.

She is joining The Community Foundation as we enter the final year of our 5-year strategic plan, where we are a year ahead of our asset development goal of $100 million under investment. We have an increasingly diverse and engaged board of directors that is committed to staying well positioned to lead and ready to focus on making more of an impact for the people of Riverside and San Bernardino Counties. And we have several board-led initiatives and programs aimed at engaging new and more diverse donors including our Youth Grantmakers program which is celebrating its 10th anniversary this year and our newly introduced Women’s Giving Circle.

We are ready to re-imagine our unique role and position in the community as: neutral convener, thought partner for private foundations and other funders, and key player in capacity building for the region’s non-profit sector. “What makes me an optimist today, “Fred Ali remarked, “is being on the cusp of new leadership, acting as conveners and provocateurs.”

“People think innovation in California happens only on the coast, from biotech in San Diego to high tech in Silicon Valley,” Karthick Ramakrishnan told the nearly 150 state and local leaders at the Center’s launch event. “By contrast, they think of Inland California primarily as an area of poverty and need, failing to recognize the important innovation happening in the region.” The Center for Social Innovation aims to emphasize the Inland region’s potential as a hub of innovation.

The Center’s initial funders include The James Irvine Foundation and Weingart Foundation.