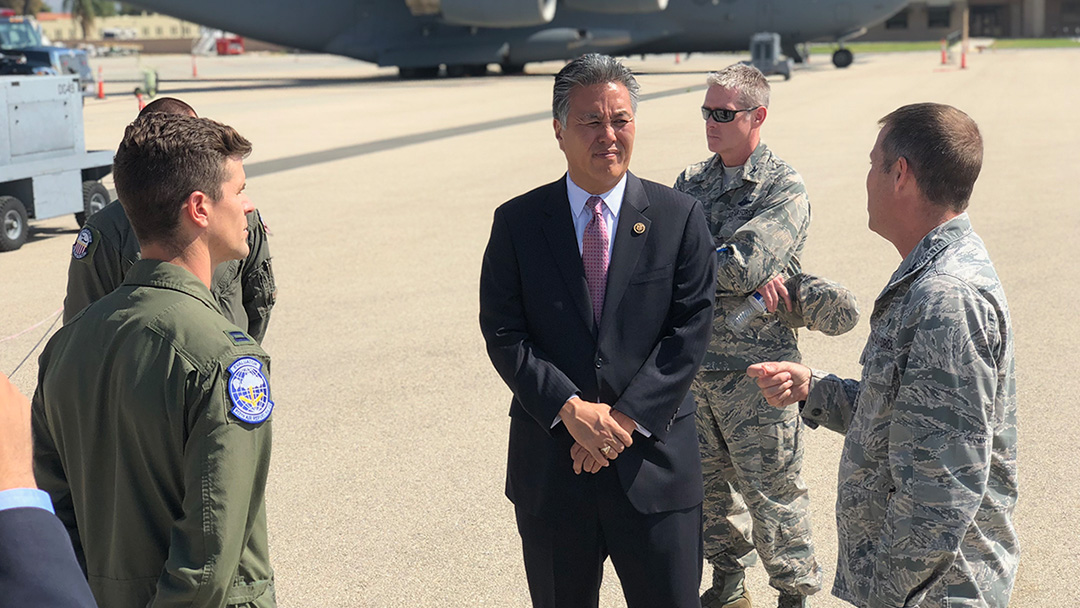 In early May The IE Voice reported the commitment of U.S. Congressman Mark Takano who represents California’s 41st Congressional District to actively oppose any efforts to move what he defined as “crucial DMA (Defense Media Activity) capabilities outside of March Air Reserve Base (ARB).” Takano further stated at the time, “I am disappointed in the Department of Defense’s (DOD) push to consolidate its DMA functions to other parts of the country, and I will actively oppose any efforts to move crucial DMA capabilities outside of March ARB.” The multimedia DMA is the agency primarily responsible for preserving DOD images and transferring them to the National Archives. Also, using satellite transmissions from the American Forces Network it is responsible for sending radio broadcasts and TV entertainment to those serving around the world.  At the time he accused the DOD of having been slow to deliver concrete answers regarding the scope and nature of its plans to relocate DMA. In addition, according to Takano, the DOD has failed to justify why the agency should move from March. Last week with the support of Californians in the U.S. House of Representatives—Takano, Paul Cook, R-Yucca Valley and  Katie Hill, D-Agua Dulce—the trio added language to a defense spending bill,  the 2020 National Defense Authorization Act, that delays for 180 days, the consolidation of at-risk positions that would impact March AFB employees. The action could ultimately prevent the 250 plus jobs at risk there from ever leaving the base.  Other elected officials support Takano’s efforts to keep jobs at March including U.S. Senators Democrats Dianne Feinstein and Kamala Harris, U.S. Representative representing Corona, Republican Ken Calvert, as well as member of the Riverside County Board of Supervisors.  “I’m glad that this amendment is coming to the House floor with bipartisan support,” Takano declared. “We will be working closely with our allies in the Senate to get it across the finish line.”