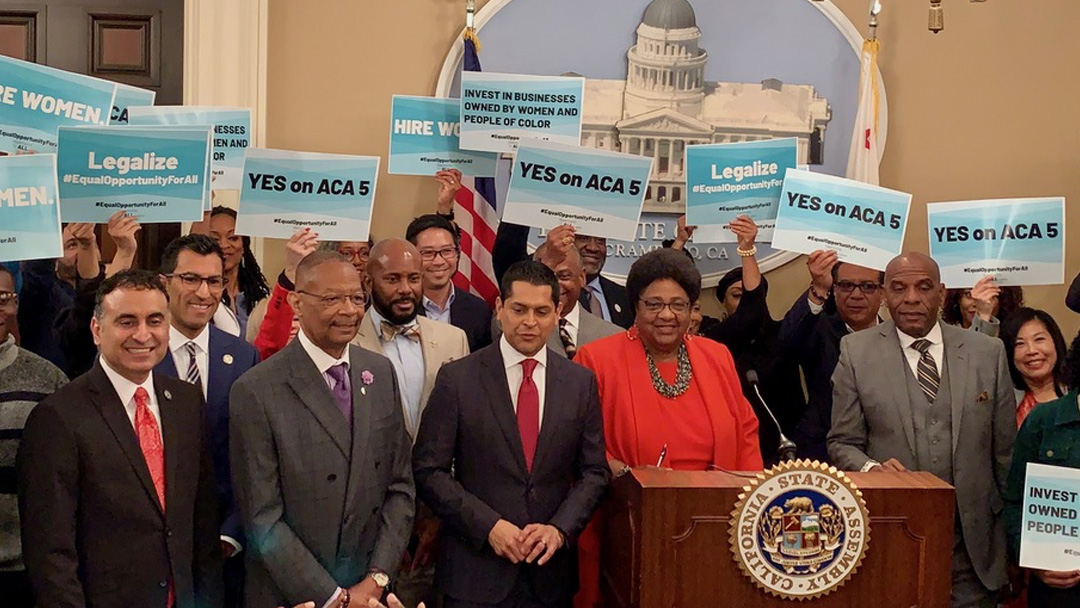 Ahead of the November election, the Opportunity for All Coalition has begun its “Yes on Proposition 16” campaign. To kick off the drive, the group held a virtual press conference on Zoom July 14 featuring lawmakers, advocates and activists.

Supporters of the constitutional amendment followed that meeting with another that included members of the Black press and other ethnic media from across California July 16.

Proposition 16 asks voters to decide on reinstating affirmative action in California, which would allow state agencies and institutions to once again consider race in employment, contracting and college admissions. In 1996, California voters passed Prop 209, which ended any consideration of race in decision making related to the state.

“California has suffered for the last 24 years trying to create equality and justice and equal opportunity without an affirmative effort to do that. And we see a decline with regards to not only the achievement gap, but also the economic gap between people of color and women and White men in the state of California,” said Assemblymember Dr. Shirley Weber (D-San Diego), chair of the Legislative Black Caucus.

State Board of Equalization Member Malia Cohen says the Black vote will be a deciding factor this election cycle across the United States. She said African Americans in California will also need to play a vital role in the approval of Prop 16, and the statewide campaign before it to educate voters about the benefits of the proposal.

“There are many experts out there and they are expecting record turnout this election. But one thing that we know is that Black voters are critical, and we need Black voters to turn out all the way up from the top of the ballot all the way down,” she said. “Prop 16 is one of the many important ballot measures that is going to help us chip away at the structural racism that has prevented too many Black Californians from realizing their full potential.”

ACA 5, the legislation Weber introduced that paved the way for Prop 16 to become a ballot initiative, passed the California Assembly with a 60-14 vote on June 10. Shortly after, the state Senate approved the proposal with a 30-10 vote on June 24.

Eva Paterson, President of the Equal Justice Society and co-chair of the “Yes on Proposition 16” campaign, emphasized the importance of the proposition during the current national reckoning on racism that is happening across the country.

“What we hear repeatedly are calls for the end of systemic racism. The reinstatement of affirmative action is a concrete way to dismantle systemic racism. You have heard that businesses owned by women and people of color have lost $1.1 billion a year. Imagine what that money would have done in the pockets of our community. And so that is one concrete example of what will happen when Proposition 16 is passed,” said Paterson.

People opposed to Prop 16 have already begun to organize around the state. On July 12 in Fremont, Fremont City Council member Yang Shao joined anti-Prop 16 activists for a rally that was streamed on Zoom, Facebook and YouTube.

“Some students would go to a worse school than others only because of their race,” said Jeff Yang, a student activist at the Fresno rally. “How is that fair? How does that make us feel that the United States of America is actually equal?”

At the same rally, Aparna Madireddi, a mayoral candidate in San Ramon, a town in Contra Costa County east of San Francisco, spoke.

Weber said opportunity should be shared by all people across California, particularly because it is a state that is majority ethnic and has a majority of women.

In California, 37 % of state residents are White. Combined, ethnic groups account for 63 % of the population of nearly 40 million people. Approximately, Hispanics make up 39 %; Asians, 15 %, and African Americans, 6 %.

White Californians make up nearly 60 % of the people whose earnings rise to the top 10 % of annual incomes in the state, followed by Asians whose earnings comprise close to another 20 % of that category, according to the Public Policy Institute of California (PPIC). Hispanics account for nearly 15 % of those top earners and the number of African Americans among the people with the highest incomes in California falls below 5 %.

Less than 2 % of Californians own nearly 20 % of the state’s net worth and they are concentrated in just 30 zip codes out of 2,597 in the state.