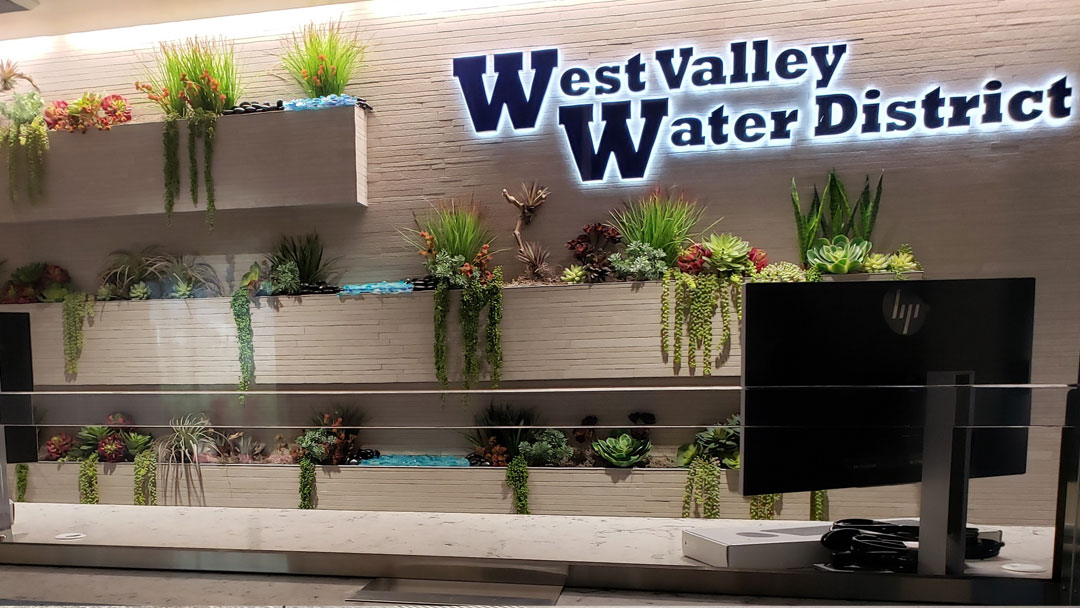 “Whether I’m reading a national publication or one of my local [Inland Empire] newspapers, I don’t need to turn too many pages before I stumble upon another scandal. Not only do ethics violations deteriorate the public trust, but they also disrupt and undermine legitimate debate and policy.”

As stories of the water agency’s combative and dysfunctional board leadership, allegations of misused ratepayer funding, questionable employee dismissals and exorbitant settlements that resulted bubbled to the surface in recent years, those who have watched from the sidelines understand the battle for transparency waged by the RPA has been both grueling and epic, especially as purported evidence began to surface of at least one board member, possibly others, spending ratepayer dollars with helter-skelter abandon, limited transparency and minimal accountability.

Concerns over the board’s leadership exacerbated when some employees, who courageously spoke out against what they perceived as inappropriate actions by various board member(s) were dismissed, subsequently filed suits against the agency and reached lucrative settlements. In the meantime, the agency lost its insurance policy to protect against such claims; and board members who would not acquiesce to the actions of some on the board were stigmatized and targeted for voter removal.

When the WVWD leadership team of Dr. Clifford Young and his co-ruler Greg Young were ousted as president and vice president respectively of the board of directors in October 2018 tensions between board members continued.

In recent months the agency’s General Manager Clarence Mansell, Jr. suddenly fell victim to intense criticism from some district officials and selected board members for a myriad of complaints. However, Mansell’s supporters believe most of the allegations were misguided as the audit has revealed many of the agency’s failed practices were pervasive before he was ever appointed to his position.

The California State Controllers (CSC) audited WVWD’s internal control systems to determine the adequacy of how it conducts its operations, prepares financial reports, safeguards agency assets, and ensures proper use of public funds. The evaluation reviewed conditions at the agency during the period July 1, 2016, through June 30, 2018. Dr. Clifford Young led the WVWD Board of Directors during much, if not all, the period under audit. 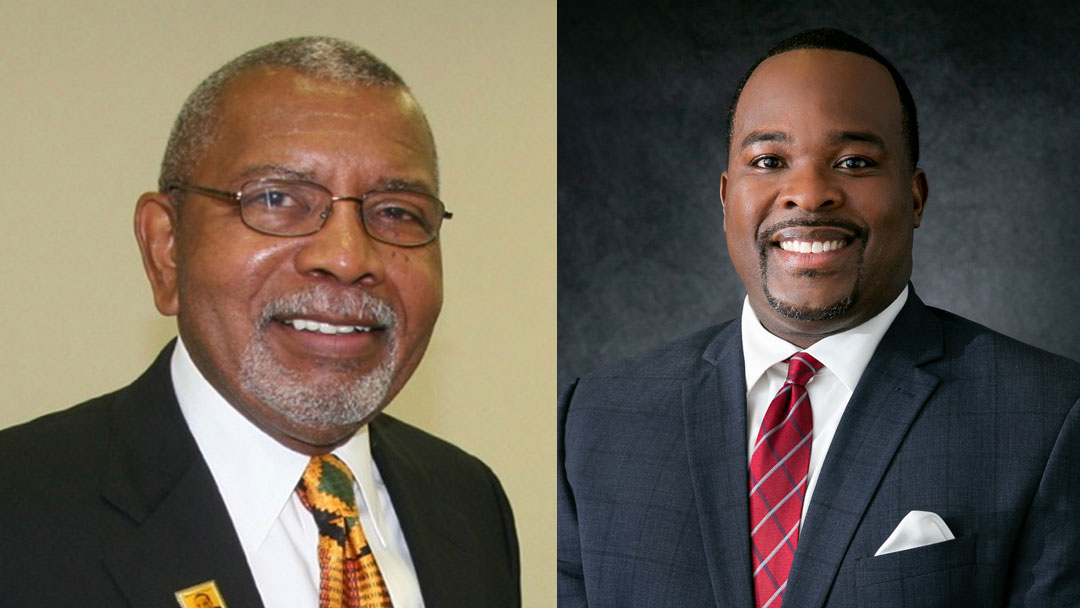 Also, according to auditors, when the information obtained from city officials, independent auditors, and other audit reports merited further review, “[W]e expanded our testing to include prior-year and current-year transactions.”

The audit identified an exhaustive list of failures on the part of district officials.

“It just shows all of our concerns were validated by the audit.” Griggs told the IE Voice/Black Voice News regarding its findings and conclusions. “It speaks for itself. We are just pleased it came out the way we thought it would.”

Failures in Hiring and Promoting Procedures

District officials overrode established processes for hiring and promoting employees and failed to retain sufficient documentation to support its hiring selections or to justify promotions and salary increases that did not adhere to district policy.

Four of 18 employees whose records were reviewed appeared not to meet the minimum work experience or special requirements for their position. In addition, “[T]he district did not retain supporting documentation for 10 employees most of whom did not undergo the established recruitment process,” auditors wrote.

In another stunning assessment auditors found when reviewing the salaries of 18 employees who received promotions, salary increases, or were hired above the lowest step in a pay range—two of them received higher starting salaries than employees with a similar background.

Holding Expensive Board Meetings Outside the District

The district incurred over $70,000 in expenses related to the special meetings, which included $37,657 in expenses for food and lodging, and $35,945 in consultant fees. Auditors said they could not determine  why the district held these meetings outside its boundaries and used public funds for what appeared to be “a lavish retreat of elected officials, district management, and consultants.”

Board members are authorized to receive compensation for board meetings, committee meetings, and outside meetings, however, a district ordinance specifies which types of outside meetings are compensable. The auditor found directors were compensated for meetings without prior board approval, without documenting the business purpose of the meeting, and for more than one meeting per day.

Directors are authorized to be reimbursed for expenses including meals, lodging, transportation, and other fees related to an approved event. During FY 2017-18 and FY 2018-19 the district budgeted $25,000 for director operating expenses, or $5,000 per director. The auditors identified several travel and meal expenses that did not fall within the Internal Revenue Service reimbursable rates. Some of the board’s most egregious examples are noted here:

Not only was the district unable to provide documentation to support these expenses, according to the auditor, “It is unclear whether the travel and meal expenses were necessary.”

Other equally concerning findings included, $3,529 to a board director with no documented management approval and a $1,034 reimbursement claim self-approved by the claimant.

Other questionable expenses included an issue previously raised by the Ratepayers Association involving an $1,897 expense for an election victory party. Three board directors were elected on December 7, 2017, and subsequently held an installation ceremony attended by 40 people at the Sierra Lakes Golf Club.

Another concern previously raised by the Ratepayers Association determined questionable by auditors, involved reimbursements for director-paid Long-Term Care (LTC) insurance which totaled $12,670 for FY 2017-18 and FY 2018-19.

Pointing to a district ordinance that stated, “[WVWD] shall pay one hundred percent (100 percent) of the premium for the director, spouse, and dependent children, the auditor proclaimed, “It is unusual for LTC coverage to be paid for by the employer.” Adding, “Furthermore, if the LTC expense is considered a benefit as outlined in the district ordinance, then the district should account for it as a benefits cost within personnel expenses.”

On their own these thousands of dollars of questionable reimbursements were alarming enough; yet, the auditor further questioned thousands of additional dollars paid to the Fontana Chamber of Commerce for sponsorship of two events—$10,000 for Fontana Chamber of Commerce’s 78th Annual Board of Directors Installation Gala in June 2019, and $5,000 for a Police and Fire Awards Dinner in April 2019. There was no supporting documentation for the events and the auditor was unable to verify whether the expenses were district-related or even who from WVWD attended them.

District issued credit card statements reviewed from May 1, 2018, through July 4, 2019, revealed of the $144,833 in expenses charged, the district did not maintain receipts for $47,021, or 32 percent of the charges. Auditors also found $25,203 in travel-related expenses for which there were no receipts or written justifications, and another $4,500+ spent on travel related bills for which there were no receipts.

Failure to Comply with Contracting Requirements and Purchasing Procedures

The auditor provided hundreds of thousands of dollars in examples of attorneys’ and other miscellaneous contracts where the district awarded them without following established policy and/or as sole source contracts. In one bewildering example, WVWD paid nearly $100K without even having a written contract—payments were made using purchase orders during FY 2016-17 and FY 2017-18.   The district failed its judiciary responsibility in this regard.

Other failures identified by auditors included employees being paid incorrectly due to inaccurate timesheets and an excessive number of paid holidays; how high turnover and lack of consistent leadership have hindered operational stability; and the failure for all board directors to complete required ethics training.

With the results of this long-anticipated audit now being public, Griggs confirmed as far as the RPA has been able to determine there is still an open investigation being conducted by the San Bernardino County District Attorney’s office.

It will be interesting to see how the whistleblower complaint filed last year with allegations proffered by  Dr. Clifford Young and others against many associated with WVWD will resolve,  considering the findings revealed by state auditors.

In the meantime, although Griggs acknowledged being encouraged by the auditor’s findings and spoke to efforts of the board’s new president, Channing Hawkins, who is working to bend the trajectory of the water agency to align with what is in the best interest of rate payers, the RPA president again stressed the continued need for transparency and accountability on the part of those leading WVWD.

“In the end,” a wise person once noted, “if you cheat on someone, don’t think that person is a fool. Realize that the person trusted you much more than you deserved.”