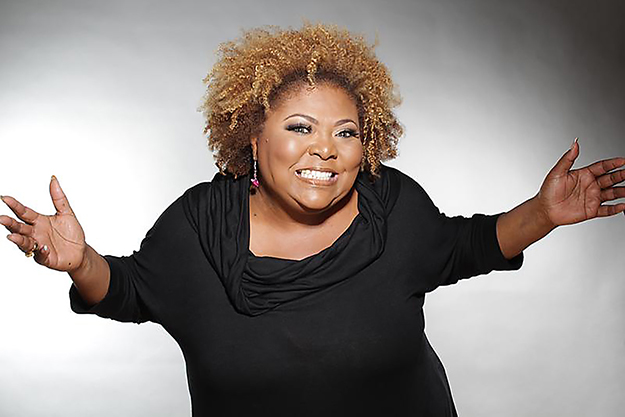 On Saturday, May 14th Fidelity Chapter #28 Order of the Eastern Star will host a luncheon in honor of the Rebecca Ruth Harris/LaFern Cunningham Scholarship recipients.

Yvette the Funny Lady will entertain during the event. Born in Louisville, Kentucky, Yvette Obiefule was destined for success so she packed her bags and headed for the big city lights of Los Angeles. After graduating cosmetology school, her dream was to become a hair-stylist to the stars. She had no idea that her bubbly, upbeat and hilarious personality would put her on a new career path.

In the early 90’s, a friend dared Yvette to take her zany comedic antics to the stage at a local comedy club in Los Angeles. The shocking and overwhelming response ignited the bug—Yvette was bitten and “Yvette the Funny Lady of Comedy” was born.

Since that time, Obiefule has experienced a lot of positive turns in her career. She was the winner of the 2008 Mic Awards for Best Comedian defeating comics Katt Williams, Luenelle, and Derek Ellis for the honor. She received the 2009 Funniest Female Comedian award presented by veteran comedian Jay Anthony Brown. And in 2011, Yvette won a spot to perform on the ever popular Tom Joyner seven-day cruise where she brought the house to tears in laughter.