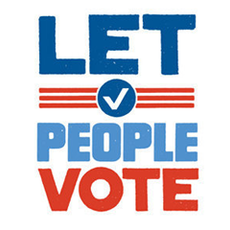 The law firm Shenkman & Hughes has threatened lawsuits against a number of municipalities in the state for violating the California Voting Rights Act; Its most recent community of focus, the City of Rancho Cucamonga.

The threat has the Rancho Cucamonga City Council scrambling and exploring the possibility of abandoning the city’s at-large voting process and is actively considering the formation of council districts instead.

A statistical report on voting demographics in the city indicated it currently has a Latino voting population that exceeds well over 30 percent. Prompted by the threat of a lawsuit, the council concerned about the appearance of polarized voting.

As a matter of fact, there may be evidence that supports the possibility of polarized voting in Rancho Cucamonga. For example, since 2006 even with its large Latino population, there has only been Latino who ran for office in the city—the candidate was not elected.

The California Voting Rights Act challenges whether a community with a representative number of minority voters is deprived of meaningful opportunities to elect a representative of their choosing via the at-large election process.

In recent years, a number of California cities have faced similar challenges, including a 2014 threat to sue the city of Highland in the County of San Bernardino. The city reached a settlement on the issue last year. As s a result, this November, Highland voters will have an opportunity to weigh in on this concern by casting a ballot in support of the establishment of voting districts. Observers believe Rancho Cucamonga may be compelled to do the same.