Putting a Dent in the Region’s Nursing Shortage 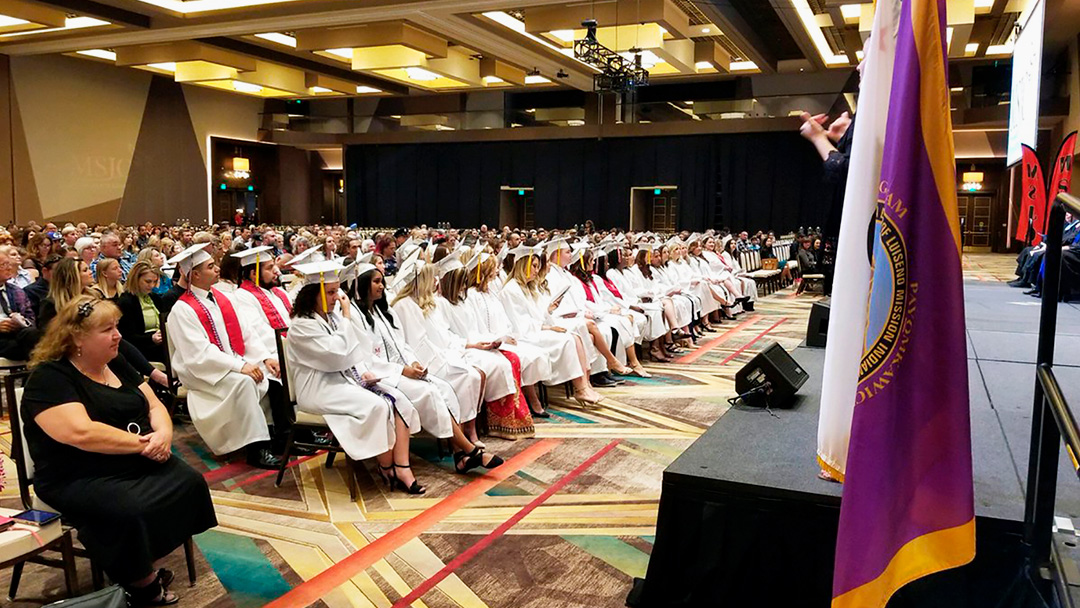 Last week, Mt. San Jacinto College (MSJC) graduated 46 students with Associate of Science Degrees in Nursing.  This was welcome news considering an October 2018 report by Health Exec which noted between 2016 to 2026, the overall need for registered nurses will grow by nearly 15 percent––more than double the seven percent growth expected across other occupations in the region. This includes the projected increased need for licensed practical nurses of 12 percent and an increased need for nursing assistants of 11 percent.  The report further highlighted how California’s need for nurses will far exceed any other state in the nation. It is projected California will experience a nursing deficit of about 44,500 registered nurses—largely be driven by the state’s aging population.   In addition, the December 2018 Regional Forecasts of the Registered Nurse Workforce in California noted, “Riverside and San Bernardino Counties have a substantial shortage of RNs now, largely due to large numbers of RNs working in other regions.” The report further stated the shortage could persist through 2035. Nursing students at MSJC participate in an occupational internship program with local agencies which provides opportunities for them to gain hands-on experience. School officials report all graduates who have participated in the occupational internship program in previous years, have secured employment through their internship. In addition to the success of its graduates, the school’s Allied Health and Nursing Program has earned a Silver Star award from the California Community College Chancellor’s Office.