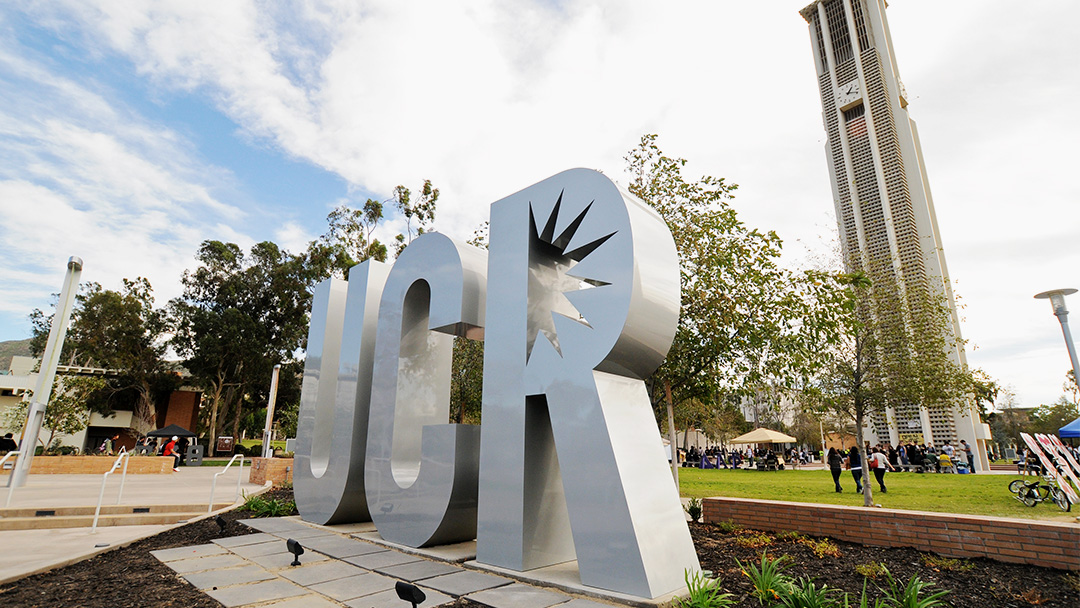 Members of the inland community were shocked and sorrowed to learn of the sudden death of twenty-year-old UCR student Tyler Hilliard.

According to reports, Hilliard complained of shortness of breath just before he collapsed on Saturday during a fraternity event. Hilliard’s family is convinced his death was related to hazing.

Hilliard’s mother, Myeasha Kimble, said the young man became ill Saturday evening while on a fraternity directed pledge excursion to Mount Rubidoux—it is unclear whether the pledges were ordered to hike or run up the mountain. Although the excursion was described as a “day run,” it occurred around 9:15 p.m. Saturday night.

Hilliard was pledging for the Greek fraternity Alpha Phi Alpha—the same fraternity pledged by Martin Luther King Jr. “He felt this was a good fit for him,” his mother explained, “because this organization appeared to be involved in community service.”

Kimble told ABC News her son had complained of difficulty breathing before he collapsed. The paramedics were called and subsequently rushed Hilliard to the local hospital where, according to Riverside Police Spokesman Ryan Railsback, “He was alert and talking to staff.”

While at the hospital, however, Hilliard experienced some form of medical distress, was transferred to intensive care and subsequently passed away.

“He never gave his father and I any problems whatsoever.” His heartbroken mother lamented. “He was kind, he was sweet … he had a bright future ahead of him.”

Hilliard was admitted to the hospital a week before because he reportedly had trouble breathing. He was treated, released, and according to family members—had no underlying medical problems.

“More than 200 university students have died from hazing-related accidents in the United States since 1838—40 in the past decade alone.”
The Economist

As his family and friends mourn their loss they are also determined to get answers—some reasonable explanation for his unexpected death.

According to Railsback, the Hilliard family called the Riverside Police Department from the hospital early Sunday morning and shared their suspicions about why the young man may have ended up in the hospital. The family shared its belief that what happened to Hilliard was somehow tied to hazing.

The family explained how Hilliard was subjected to hazing incidents that allegedly included being forced to eat an onion covered in hot sauce, being forced to drink large amounts of water and what they described as “being paddled with a piece of cactus.”

Hazing is a series of challenges often faced by those wishing to join a fraternity or sorority. These challenges frequently include harassment, humiliation and at times, abuse as a condition of being accepted into the organization.

In a statement issued in response to Hilliard’s death, Alpha Phi Alpha Executive Director Jamie R. Riley claimed, “Alpha Phi Alpha Fraternity, Inc. does not condone and strictly prohibits any illegal acts, including hazing in any form, whether physical or mental, as a term or condition of membership in the organization.” He added, “Any member found violating the fraternity’s anti-hazing policy will be immediately suspended with a recommendation for expulsion.”

According to Riley, not only is he working with the university, the fraternity has also launched an investigation into Hilliard’s death and placed the chapter on an immediate cease and desist status, suspending all activities in the interim. Riley noted the fraternity is also cooperating fully with law enforcement authorities as they investigate the death.

The Alpha Phi Alpha Fraternity, Inc., was founded in 1906 and is headquartered in Baltimore, MD.  Historically, the fraternity has been at the forefront of the African-American community’s fight for civil rights through the efforts of Alpha Phi Alpha men like Martin Luther King, Jr., Adam Clayton Powell, Thurgood Marshall, Paul Robeson, Andrew Young, Edward Brooke, Cornel West and others.

“Alpha Phi Alpha Fraternity, Inc. is deeply saddened to learn of the passing of Tyler Hilliard, a student at the University of California, Riverside,” Riley wrote. “The Fraternity shares our deepest condolences to his family, loved ones, and the entire university community, as their loss is unimaginable,”

Expressing similar sentiments, UCR released a statement regarding the unexplained death of its student. “The UC Riverside community grieves the loss of our student Tyler Hilliard,” UC Riverside expressed in a similar statement. “We’ve shared our condolences and offer of support with Tyler’s family and have made counseling services available to students, faculty, or staff who knew him.”

Also, according to school officials, “UCR Student Affairs and UCPD are collaborating with the Riverside Police Department to determine the circumstances regarding Tyler’s passing.”

While the Riverside Police Department awaits autopsy results, the agency confirmed it is also investigating whether hazing may have played a role in Hilliard’s mysterious death.

Although the role hazing potentially played in the young man’s death is yet to be determined, his loss comes on the heels of at least four hazing deaths experienced across the country in 2017, a year described as, “…one of the deadliest in modern history for college campus deaths related to fraternities.” A journalism professor at Franklin College, Hank Nuwer has compiled data which showed since 1838, hazing-related accidents have resulted in the deaths of more than 200 American students. At least 40 of those death occurred in the past decade.  Although not considered the case regarding Hilliard, most often the cause of death is alcohol poisoning.

Most often universities respond to hazing accidents by suspending the ability of fraternities and sororities to conduct recruiting activities and banning alcohol at parties. 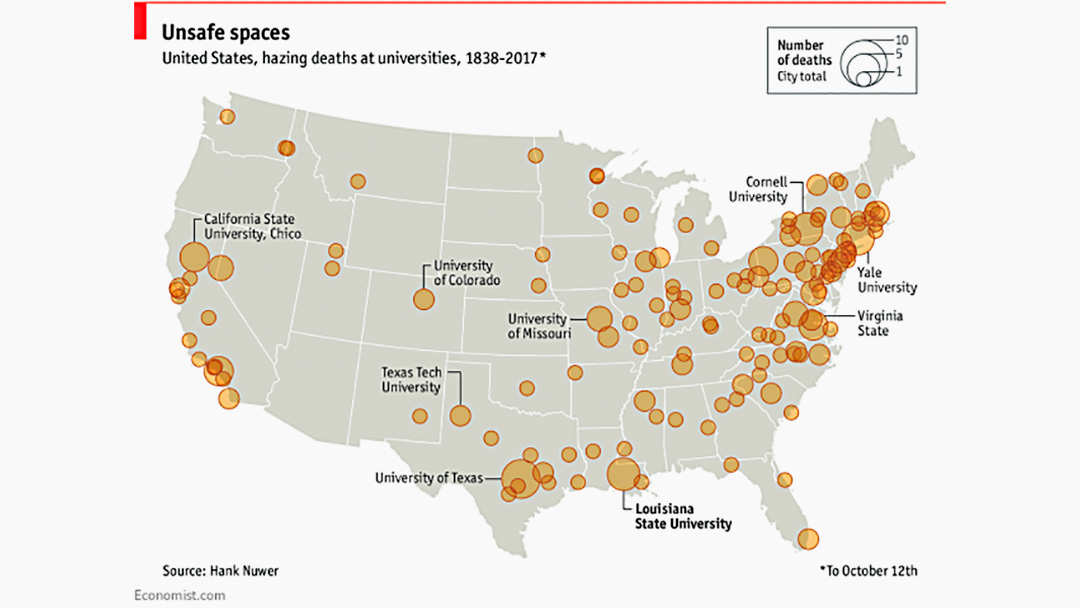 Walter M. Kimbrough, President of Dillard University and an expert on hazing described efforts to mitigate the tradition of hazing this way, “It’s one of the hardest uphill battles we face in higher education. We don’t have any wind at our back on this fight.”

He continued, “We are waiting too late to talk about hazing in this nation. We see this as a college fraternity problem, as those cases generally make the news and can be the most egregious, even deadly.”

In an opinion piece written by Kimbrough last September, he pointed to a 2008 National Study of Student Hazing by Elizabeth Allan and Mary Madden. The study looked at nearly 12,000 undergraduate students from 53 campuses. It showed that many students had already experienced hazing before they entered college. Nearly 47 percent of the students recalled experiencing hazing-type behaviors in high school although 84 percent of them claimed they did not think their experiences were hazing.

“Hazing is normalized in high school,” Kimborough wrote. Normally this happens while participating in athletic teams, ROTC, bands and musical groups. Those experiences are subsequently reinforced by stories of family members and friends who experience it in college. “By the time they get to college,” he stressed, “not only have many students experienced hazing, they accept and anticipate it.”

Kimbrough believes earlier, proactive steps should be taken to educate young people about the hazards of hazing rather than reacting to it when a tragedy occurs. He concluded, “… it is time to start educating students in middle and high school.”

While Hilliard’s family and friends, police authorities, UCR officials, Alpha Phi Alpha Fraternity, Inc., fellow students and the community await the coroner’s report of his cause of death, his heartbroken mother told reporters she holds the fraternity’s pledge master responsible because he was the one who was supposed to keep her son safe.

“We need an apology,” she said. They failed to keep Tyler safe.”