Op Ed: Voting, Violence, Retrenchment and the Myth of Progress 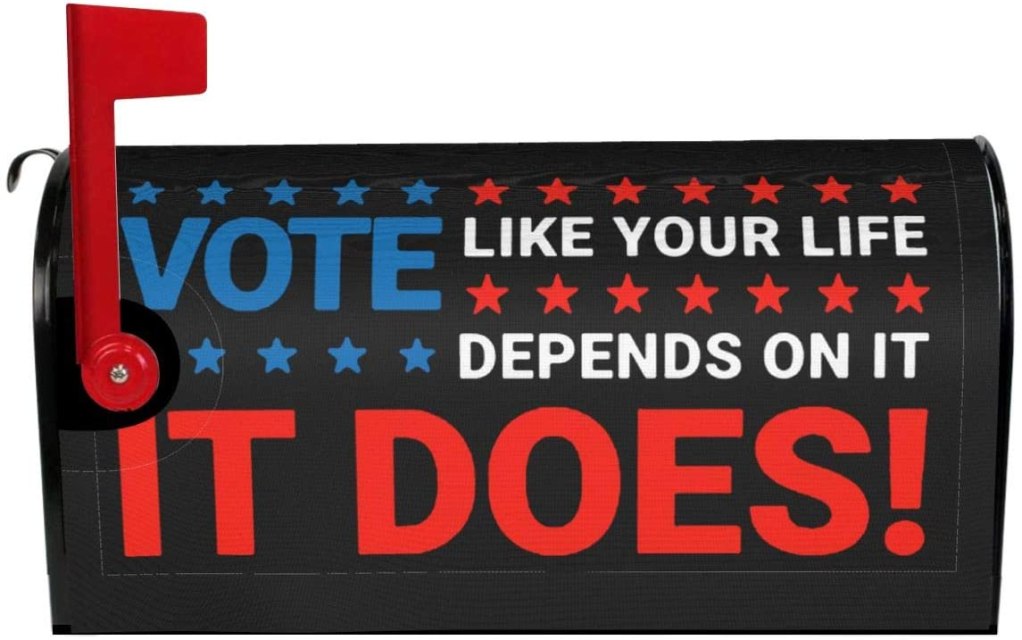 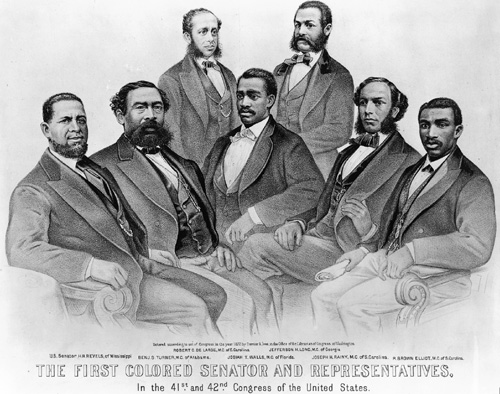 The First Colored Senator and Representatives in the 41st and 42nd Congress. By Currier and Ives, 1872. Courtesy of the Library of Congress

“You’ve been paid for by people who never even saw your face. Your mother’s mother, your father’s father. And so, it behooves you to prepare yourself so you can pay for someone else yet to come.” 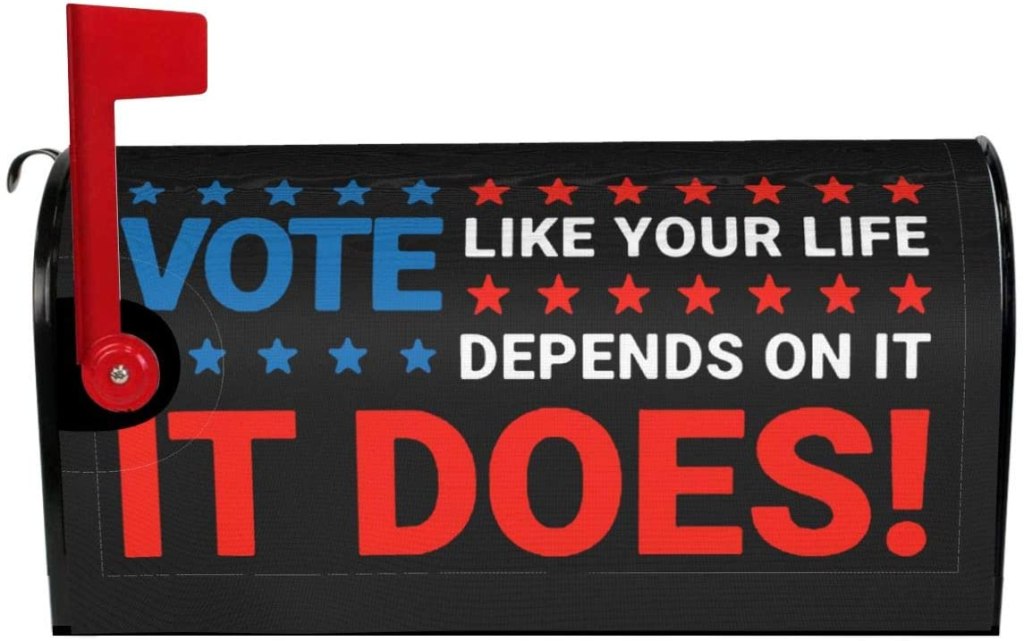 The Way We Were

The myth of progress is hard to shake. In this case, the idea is human beings are in the process of becoming-something better or growing in the direction of named and unnamed perfections.

We like the word freedom a lot in this country and, for many, the presumed perfection has to do with the innocuous word. Of course, this perfecting is going in one direction: forward. However, what we remember of our past offers little proof that progress is a one-way street.

Human beings, and the civilizations we create, backslide all the time. In fact, we are perfectly capable of losing whole eons’ worth of social, technical, and organizational knowledge over, and over again.

Here is a short list of the things we’ve lost along the way, it’s probably much longer, but we can’t remember what’s been forgotten. We’ve lost writing, indoor plumbing, the original recipe for concrete, Greek fire, how the pyramids and other ancient marvels were built, etc.

Closer to the truth is we are creatures who constantly return to old places at slightly different angles so the view shifts for us; sometimes imperceptibly, sometimes radically. Such is the relationship between Black Americans and the ballot.

The ugly fusion of voting and violence has been welded together in Black communities since we courageously began voting in this country. Against violent repression, murder and abandonment we voted.  We’ve hidden in forests and  swamps to exercise the franchise and fled the only places and people we knew to do so. The violence deployed against our enfranchisement has nothing to do with powerlessness and everything to do with who should control that power.

The Fall of Reconstruction

During reconstruction, the men in the opening photograph were the vanguard and the pinnacle of Black  representation in our nation’s history; the pictured men are Hiram Rhodes Revels, Joseph Rainey, Benjamin Turner, Josiah Walls, Jefferson Long, Robert Delarge and Robert Brown Elliott. Senator Revels was the first Black man, a descendant of American slavery, to become a Senator. 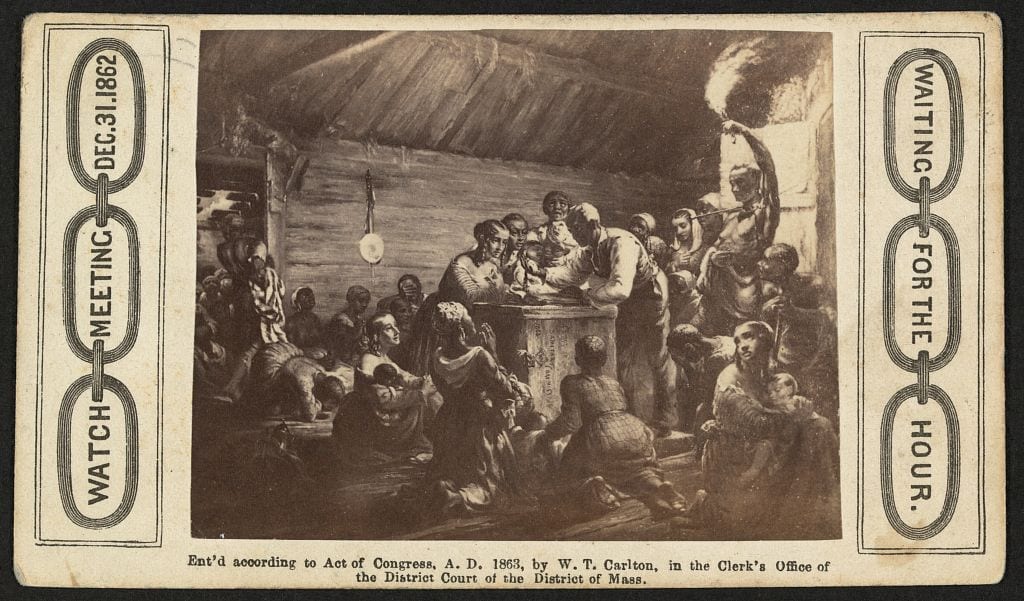 The “natural” ability of the slave is much discussed during this period and is the precursor  to future arguments regarding criminality in  urban Black communities. In “The Condemnation of Blackness,”   author Khalil Gilbran Mohammed states:

The link between race and crime is as enduring and influential in the twenty-first century as it has been in the past. Violent crime rates in the nation’s biggest cities are generally understood as a reflection of the presence and behavior of the Black men, women, and children who live there. The U.S. prison population is larger than at any time in the history of the penitentiary anywhere in the world. Nearly half of the more than two million Americans behind bars are African Americans, and an unprecedented number of Black men will likely go to prison during the course of their lives. These grim statistics are well known and frequently cited by White and Black Americans; indeed, for many they define Black humanity.

The racist link between the animal nature of Black people was forged as anti-slavery sentiment spread and ramped up after our emancipation from slavery.

When discussing how Blackness was perceived during the Civil War, according to an article on the American Antiquarian Society website:

Dominating the wartime debate in the North about what should be done with slaves were three recurring questions: Could they learn? Would they work? Could they be civilized? And a fourth was added as the war continued and the need for troops became more desperate: Can they, and will they, fight? 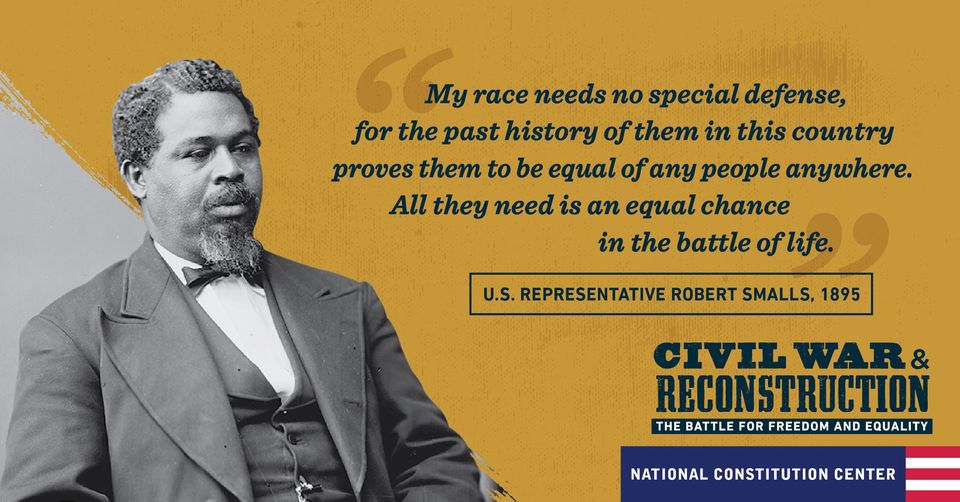 Robert Smalls Captain of the gunboat “Planter” and U. S. Representative 1865 (Source: Facebook)

Robert Smalls, hero of the Civil War, freed himself and his family from bondage and delivered a confederate ship to the Union army. He would go on to fight for his freedom during the war and to become a legislator after. During this time, he fought to create schools for both Black and White children.   According to historian Eric Foner, whose work re-evaluated the reconstruction era, there were over 2,000 Black men who held state and local offices. During this period, Congress would be the world’s first interracial democracy.

The Battle, The Noose, The Torch

Nowadays the violence perpetrated on Black communities is captured digitally. For the most part this violence seems random but it’s a part of a system of control meant to remind Black people of their assigned place in society. The ability to vote and determine one’s own destiny is and has always been diametrically opposed to this low assignment.

Lately, most of those who appear to suffer are the poorest members of our community. However, this is historically inaccurate. Many of those targeted for racist violence have been the most financially or socially successful, targeting business owners, politicians and soldiers.

According to an article entitled “An Absolute Massacre – the New Orleans Slaughter of 1866:”

Within a year of Lincoln’s death, many Southern states, with former Confederates in power and backed by President Andrew Johnson, began to enact Black Codes to stifle Black political life. Tensions rose throughout the South. The first three days of May 1866 were marked with racial violence in Memphis, Tennessee when local police officers, supported by a White mob, clashed with recently discharged African American troops and in turn attacked the Black population of the city, ultimately killing 46 men, women, and children and burning 89 homes, as well as twelve Black churches.

These were not the only massacres that took place all over the South, killing duly elected Black members of legislatures and replacing them with White people, including but not limited to massacres in Camila, Georgia, and Vicksburg, Mississippi – all of these lynching’s of prominent and well-off Blacks.

I’ve heard it said lately that our ancestors died for our right to vote. No, they didn’t. They died exercising a franchise which is supposed to provide its owner with the right to determine their own future. Confusing this awesome responsibly with the right to exist, which is implicit in the phrase “vote or die,” is a grave  mistake. Our right to exist has already been determined. In the words of the immortal Maya we have already been paid for long ago, and the cost was bloody. It’s time to claim full citizenship, to vote our best interests like everyone else and not just to prevent harm which will be inflicted by bad actors regardless of how we vote.

Phyllis Kimber-Wilcox is a student and history buff – a grandmother, a parent, a sister, an aunt and lover of people, animals, plants, and the planet.