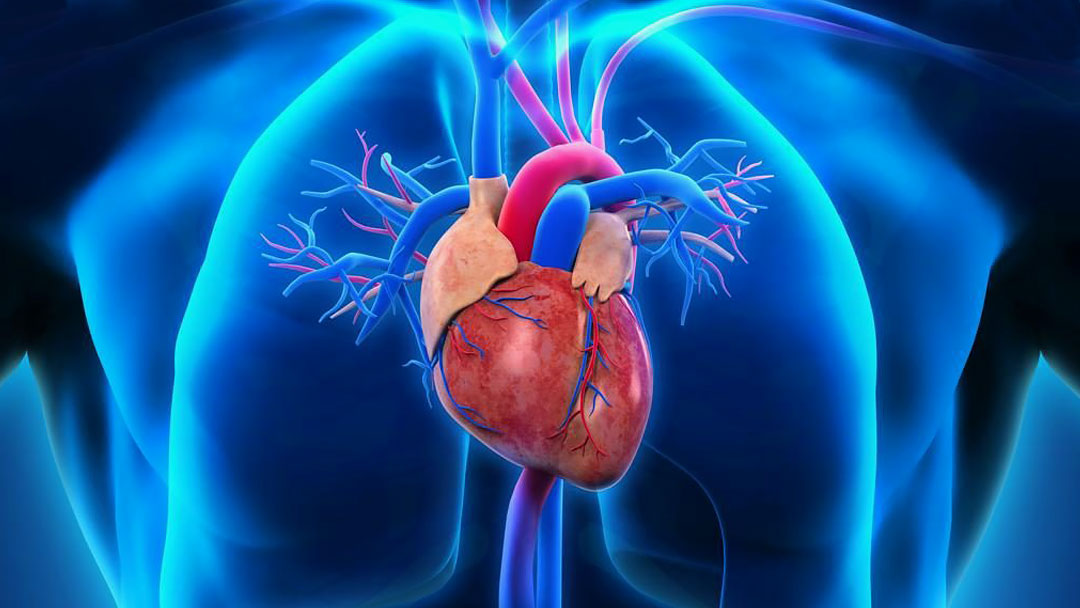 Your heart began to beat when you were a four week old fetus in the womb. Over the course of the average lifetime, it will beat over 2 billion times.

The heart is composed of four chambers separated into two sides. The right side receives deoxygenated blood from the body and pumps it toward the lungs, where it picks up oxygen from the air you breathe. The oxygenated blood returns to the left side of the heart, where it is sent through the circulatory system, delivering oxygen and nutrients around the body.

The pumping action of the heart is coordinated by muscular contractions that are generated by electrical currents. The atria (upper chambers) and ventricles (lower chambers) work together, alternately contracting and relaxing to pump blood through your heart. The electrical system of your heart is the power source that makes this impulses that travel down a special pathway through your heart: 1. SA node (sinoatrial node) – known as the heart’s natural pacemaker The impulse starts in a small bundle of specialized cells located in the right atrium, called the SA node. The electrical activity spreads through the walls of the atria and causes them to contract. This forces blood into the ventricles. The SA node sets the rate and rhythm of your heartbeat. Normal heart rhythm is often called normal sinus rhythm because the SA (sinus) node fires regularly.

2. AV node (atrioventricular node) The AV node is a cluster of cells in the center of the heart between the atria and ventricles, and acts like a gate that slows the electrical signal before it enters the ventricles. This delay gives the atria time to sends the impulse to the muscular walls of the ventricles and causes them to contract. This forces blood out of the heart to the lungs and body. 4. The SA node fires another impulse and the cycle begins again.

At rest, a normal heart beats around 50 to 99 times a minute. Exercise, emotions, fever and some medications can cause your heart to beat faster, sometimes to well over 100 beats per minute.

The next time you feel your heartbeat, don’t take it for granted. The heart is one of the most important organs in the entire human body. The heart pumps continuously, without resting and without becoming fatigued. 24 hours a day, 7 days a week, 365 days a year, your heart is on the job keeping your blood pumping.