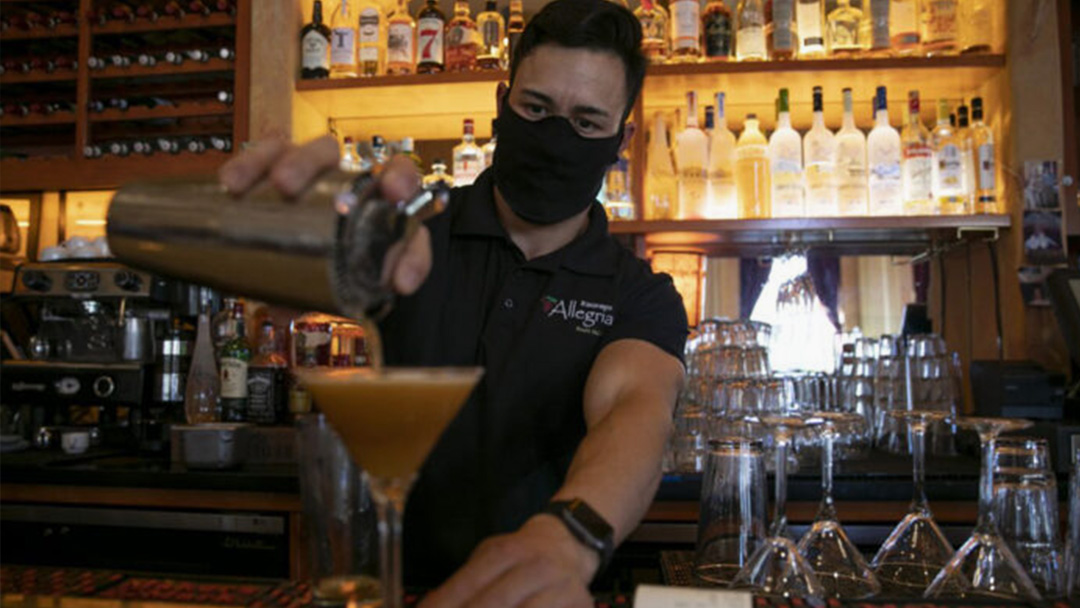 By Ana B. Ibarra | Calmatters.Org

Effective immediately, all counties will have to shut down indoor activities at restaurants, wineries and tasting rooms, movie theaters, family entertainment centers, zoos and museums, as well as card rooms. Breweries and bars must close both indoor and outdoor operations; those restaurants with outdoor seating can still serve customers.

In addition, 29 counties on the state’s watch list— those that report three consecutive days of increased hospitalizations and transmission— also will have to shut down fitness centers, places of worship, protests, hair salons, indoor malls and some offices, unless these can operate outdoors or by pick-up.

The inclusion of protests the majority of which occur outside, anyway— reveals the sweeping nature of the new shut-down order, and its attempt to cover the bases in trying to keep crowds from congregating.

As of Monday, 31 of California’s 58 counties were on the state’s monitoring list, including newly added Placer, Sutter, Sonoma and Yuba. (Two of the counties, Alameda and Santa Clara, have not yet hit the three-day threshold for further restrictions.) Large counties being monitored include Los Angeles, Sacramento, Fresno, San Diego and Orange. Together, the watch list accounts for 80% of the state’s population.

The number of confirmed patients in ICU and non-ICU settings began to climb in mid-June after California began to ease more of its shutdown restrictions. Here’s the trend since the California Department of Public Health began releasing the data on April 1. As of July 13, there are 1,886 patients in ICUs, a change of +53 from the day before, and 4,859 non-ICU patients, a change of +207 from the day before.

Sarina Paulson, owner of three Willo Aveda Salons in Sacramento and Placer counties, said she did not see this second round of closures coming. “It’s really upsetting for our team. I was actually really shocked because I haven’t heard of any evidence that suggests cases are being facilitated by hair salons,” she said.

Paulson said her customers are required to wear masks, they are screened and their temperature taken, and all stations are a minimum of six feet apart. She even set up plexiglass in between the shampoo bowls.

Her salons had been open for about a month before Monday. “This is definitely a blow,” she said.

Newsom has frequently likened these moves to toggling the dimmer switch on a light.

“The reason we are moving forward today with additional dimmer in terms of our opening … is we’re starting to see in some rural parts of the state, an increase in ICU use, use that is generating some concern,” Newsom said. He pointed to Placer, Butte and Lake counties as examples of counties with less than 20% capacity in their intensive care units.

In Butte County, home to the university town of Chico and about 230,000 people, public health officials on Monday reported five new infections and 376 total cases. Total cases rose 40 percent from a week ago.

Although the county only had six COVID-positive residents hospitalized, the ICU beds were “totally full” over the weekend because of additional, non-COVID patients, said Lisa Almaguer, spokeswoman for the Butte County public health department.

Almaguer said area hospitals have plans to expandcapacity if needed, she said. An outbreak at the county jail contributed to those cases, but Almaguer also noted that many of the new cases occurred because of larger gatherings of family and friends. 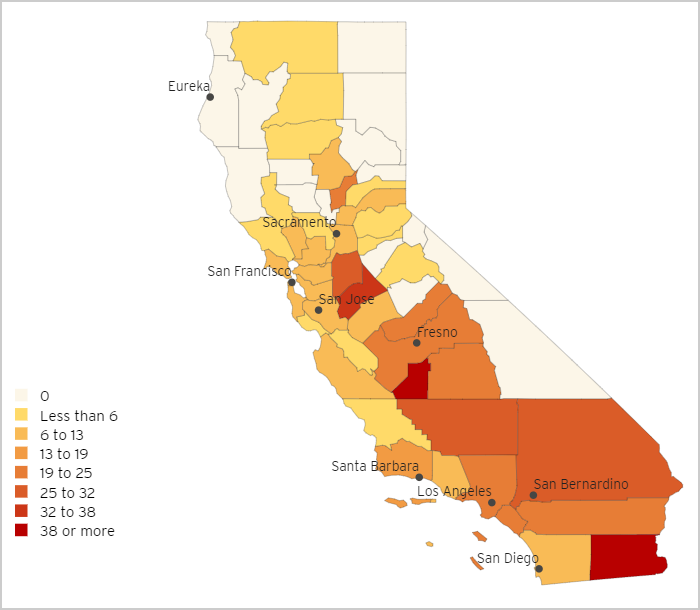 In Placer County, with about 400,000 people, 37 new COVID-19 cases were reported on Monday, bringing the county’s total to 1,114 since the pandemic began. Forty patients were hospitalized, including seven in intensive care units.

Placer had 20 critical care beds available, including neonatal ICU beds for newborns, according to state data.

Statewide 6,485 people with coronavirus were hospitalized. COVID-19 patients accounted for 9% of all occupied hospitals beds in the state.

California, which was the first state to shelter in place and initially led the nation in its COVID-19 response, is now grappling with an overwhelming increase in cases and hospital admissions. California joins Arizona, Texas, Florida, Georgia and other states with a steep upward curve in cases.

The state’s announcement to close some indoor operations statewide comes about two weeks after the governor announced restrictions on 19 counties, creating a patchwork of closures and confusion among business owners.  Three months ago, Newsom and his team laid out a “roadmap to recovery,” drafting the steps that would allow counties to reopen.

Shortly after, counties started to get the state’s permission to move further into the reopening process. Steadily, restaurants, nail salons, barber shops, wineries and other businesses began to reopen with certain rules and modifications, even as some public health officials warned that the moves were happening too soon.

“Mom-and-pops were getting back into a rhythm and feeling a glimmer of hope. Their small businesses were starting to hum again with customers, activity and employees,” said John Kabateck, state director for the National Federation of Independent Business.

“We completely understand the gravity of this terrible pandemic,” said Kabatec noting it’s a difficult task to balance public health with the economy’s health. “But it’s taking a huge toll on these job creators that want to take care of their employees and also need to feed their families.”

The new closures are also hitting in mid-summer— a busy season for many businesses. Newsom pointed out, however, that the virus does not take a break.

“I hope all of us recognize that if we’re still connected to some notion that somehow when it gets warm, it’s going to go away or somehow it’s going to take summer months or weekends off, this virus has done neither,” Newsom said.

Many parts of California are enduring triple-digit weather. Even so, Newsom said, the state is seeing an increase in the positivity rate and spread of the virus.

Header Photo: A masked bartender pours a drink at Ristorante Allegria in downtown Napa on May 22, 2020 as restaurants were permitted to reopen for indoor dining. Gov. Newsom announced the closure of all indoor dining, bars and movie theaters state-wide. Photo by Anne Wernikoff for CalMatters