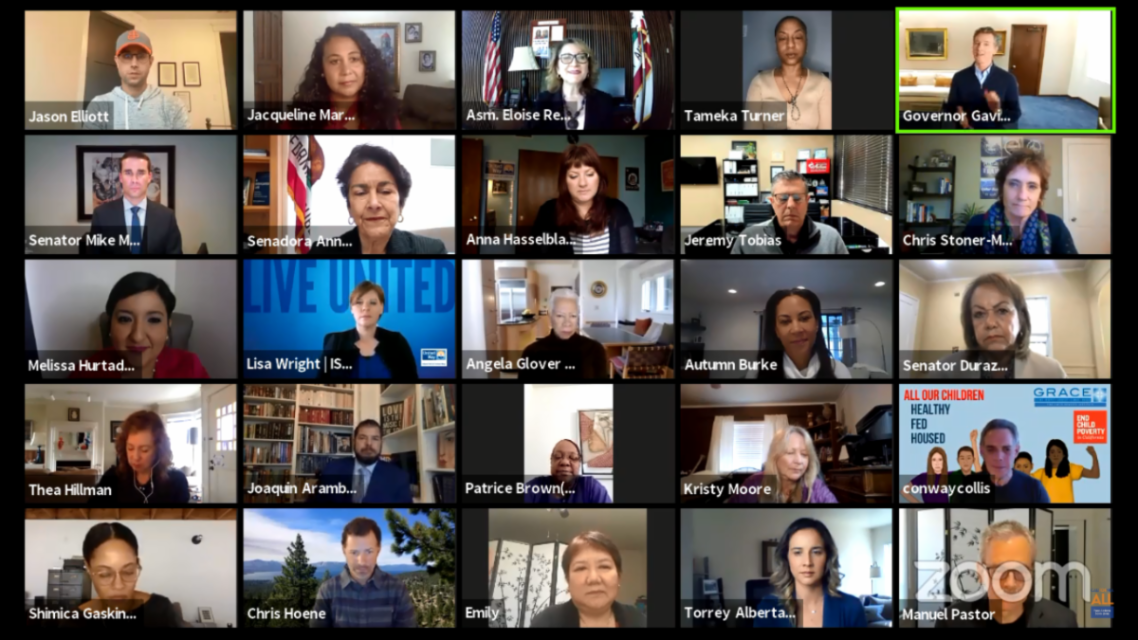 Newsom also announced a possible extension of the state’s eviction moratorium — AB 3088, authored by Assembly member David Chiu, a Democrat representing San Francisco — which is set to expire Jan. 31. At least 1 million families in the state will face eviction if the moratorium is allowed to expire.

“People are dealing with the anxiety and distress of being evicted. They are tired of fighting long lines at the local food bank. A sense of urgency is required at the moment,” said Newsom during a press briefing.

More than 4 million people who currently use the state’s Earned Income Tax Credit will receive $600 direct payments; the funds will be distributed through the EITC architecture.

Newsom said he is aiming to help both renters and small landlords with the stimulus proposal. The stimulus package will be tacked on to the state’s new budget, expected to be released January 8.

Assembly member Eloise Reyes, a Democrat who represents portions of the Inland Empire, said at the press briefing, California’s EITC program has a “proven track record of lifting people out of poverty.”

“We are addressing the inequality in our state, and helping people pay past due rent,” she said.

Jacqueline Martinez Garcel, CEO of the Latino Community Foundation, said: “This money is essential to people on the front lines who are working to feed us.”

Sen. Mike McGuire, a Democrat representing Ukiah, noted that millions of California families are “on the ropes” amid the pandemic. “For some families, no matter how hard they work, it just isn’t enough.”

The press conference can be viewed here: https://bit.ly/2XeuQJp