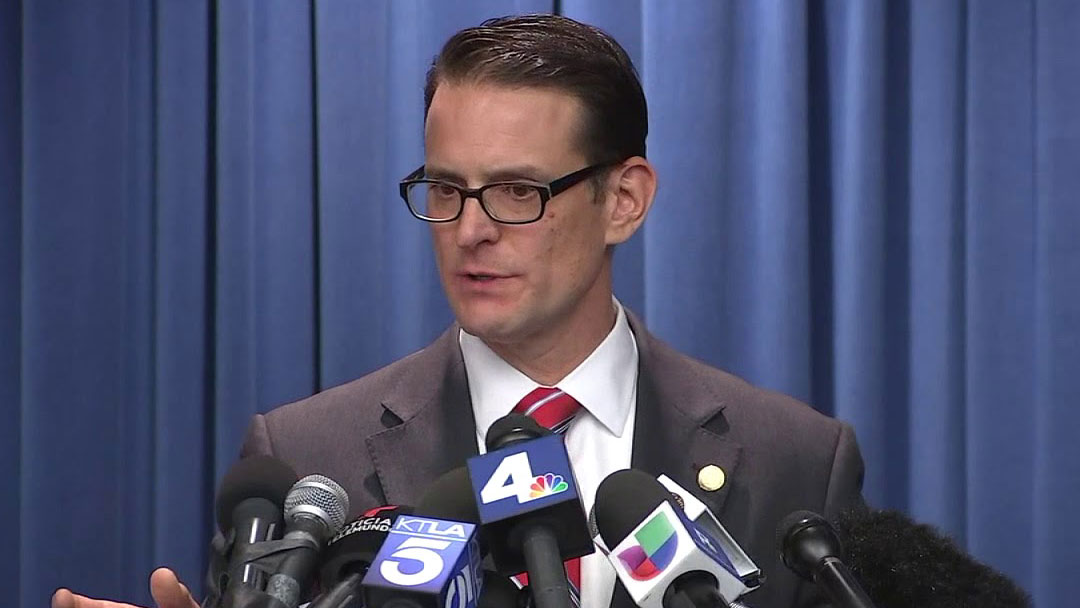 Since the death penalty was reinstated in California in 1978, nearly 1,000 people have been sentenced to death and 13 individuals executed. Riverside and Los Angeles counties hold the dubious distinction of having sentenced more people to death than any other counties in the state or the nation.

Although California is home to some of the top death sentencing counties in the United States and at least seven counties issued death sentences in 2017, Riverside County alone issued five that year, more than any other in the state or nation.

Hestrin is a vocal supporter of the death penalty and was an avid supporter of a proposition approved by voters in 2016 calling for death sentences to be accelerated. On Friday, Hestrin did not hold back his sentiments regarding the governor’s action.

“If this decision had been made by the people through their representatives or the initiative process, I would have no problem with it. However, this ‘reprieve’ has subverted the expressed will of the people, disregarded the Supreme Court’s binding decisions, ignored constitutional constraints on his power and inflicted lasting damage to the rule of law.”

Despite Hestrin’s proclamation, Tuesday afternoon, Newsom spoke more about the impetus for his decision last week. “I did not come to this lightly. I did not come to this over the course of a few weeks,” he stressed and continued. “It’s been a very strongly held point of view that I have had for over four decades.”

Based on his history in relation to this issue Newsom expressed his belief people who followed him over the decades should not be too surprised by his executive order, though they may have been surprised by its timing, he admitted—the governor’s been in office just a couple of months.

Hestrin saw it quite differently. He claimed the governor had abused his power and accused him of having opened fresh wounds for murder victims’ families. The governor’s actions only serve “to further delay, if not outright deny, just and deserving punishments for society’s very worst of the worst,” he suggested.

Hestrin challenged, “Where is the reprieve for 15-year-old Susan Jordan, who was attacked, raped, and strangled while walking to school, by previously convicted rapist Albert Brown?

Or,” he added, “what about Don and Kathy Davis and their two children, 7-year-old Michelle and 2-year-old Melissa, three of whom were murdered by Ronald Deere in 1982 because Kathy’s sister broke-up with Deere?”

According to Hestrin, these are two of the dozens of depraved murderers whose convictions had been upheld by the courts and were poised for execution before Wednesday’s announcement.

“These families have been denied justice for far too long, and justice delayed is justice denied,” Hestrin concluded.

In fairness, Newsom has expressed his compassion for victims and their families and acknowledged there are strong sentiments on both sides of the issue even among surviving families.

He spoke about 68-year-old Vicente Benavides, who after spending nearly 25 years on death row was released from prison on April 19, 2018. He was convicted and sentenced to death for the sexual assault and murder of a 21-month-old toddler. The Supreme Court overturned his conviction based on false medical testimony introduced at trial. The court concluded the victim had never been sexually assaulted and may actually have died from being hit by a car.

The governor further expressed concern over racial disparities in the criminal justice system and remarked that no innocent person should be put to death. Nationally, there have been 164 exonerations in 28 different states, Newsom highlighted—of the 164 exonerations, 84 were Black and 15 were Latino. This is another example of the disparate application of justice.

“I respect different points of view,” Newsom said again. “I just unfortunately, have to make the ultimate judgement [when someone is sentenced to death] and I have to individually sign off on their executions,” he lamented. “I cannot in good conscience do that.” Newsom noted how we teach people that it is wrong to kill and yet we have the right to put someone to a premeditated death via the death penalty.

“I want to abolish the death penalty in the United States,” Newsom declared. He further explained how he wants to hold people accountable for their crimes, yet he also believes in rehabilitation. “I do believe above all else in justice, social justice, economic justice and racial justice and those final three points go deep as to why I did what I did.”

Newsom was asked what kind of outreach/networking he and his team are doing with district attorneys like Hestrin and others [who continue to support the death penalty], to help mitigate their application of this ultimate form of punishment in their counties? “Leading up to the executive order, my office began a conversation with district attorneys across the state about the death penalty and will continue these conversations in the coming months,” he said.