“My Name Is Myeisha” Premieres at Slamdance 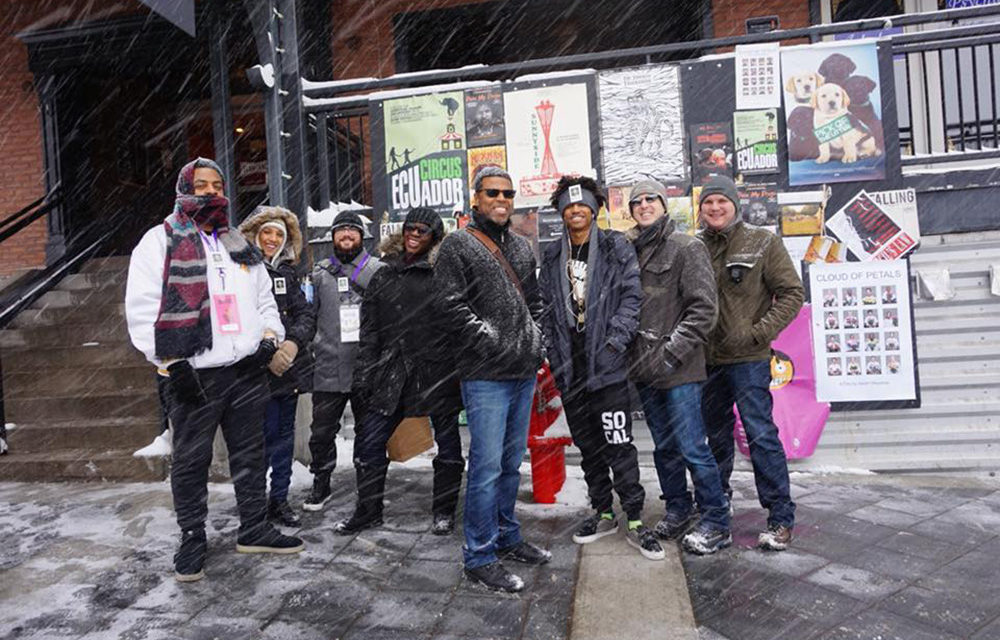 “The films in the Beyond Program exhibit singular directorial vision while sharing a common commitment to challenge audiences to step outside their comfort zones. These bold and adventurous filmmakers represent the most current voices in American independent film, and will continue to push boundaries in the years ahead.”

Our first film, the indie feature MY NAME IS MYEISHA received its world premiere this week at the 2018 Slamdance Film Festival in Park City, Utah. When asked why we made the film I thought about the story that inspired it. The film, adapted from the stage play “Dreamscape” written by my husband and co-producer Rickerby Hinds, is inspired by a horrific incident that happened in Riverside 20 years ago, the shooting death of Tyisha Miller by police officers.

This film is reflective of so many stories in our communities, stories of Black lives cut short, Black lives unfulfilled; stories that deserve to be told, Rickerby said when asked about his work. "If history has taught anything, it has taught us that if we want our stories told with accuracy and compassion; it is up to us to tell them, to write them, to produce them, to support them. It is up to us."

One of the “universal” themes in the film, and this is historically in African-American literature, is visibility vs. invisibility, who people see vs. who you really are. We know that in so many of the shootings of unarmed Black youth by police, there is a history of racist stereotypes that fuels the often split second decision to shoot. They don’t see a person, they see an image. The nameless character in Ralph Ellison’s novel “Invisible Man” has a line that I believe speaks to the nature of Myeisha’s challenge: “I am invisible, understand, simply because people refuse to see me. Like the bodiless heads you see sometimes in circus sideshows, it is as though I have been surrounded by mirrors of hard, distorting glass. When they approach me they see only my surroundings, themselves or figments of their imagination, indeed, everything and anything except me.”

There is a convergence in the personal and universal themes of the film. The importance of family. The exuberance of youth. The dreams we all have for the future. The desire for acknowledgement and to be seen for our humanity. As parents of African-American children, we worry when they are outside of the home. We worry that they will be seen as a number of things — suspects, menaces, and criminals — instead of scholars, artists, and thinkers. We know the challenge and we do our best to prepare them for the realities of racism in this country. We hope the film inspires empathy. We hope it creates thoughtful dialogue in communities. We hope it brings diverse communities together.

MY NAME IS MYEISHA not only premiered in the Slamdance Film Festival’s  Beyond Program, it won Best Actress and Audience Choice Awards. Up next: film festivals in Omaha, Nebraska and Mammoth Lakes, California.