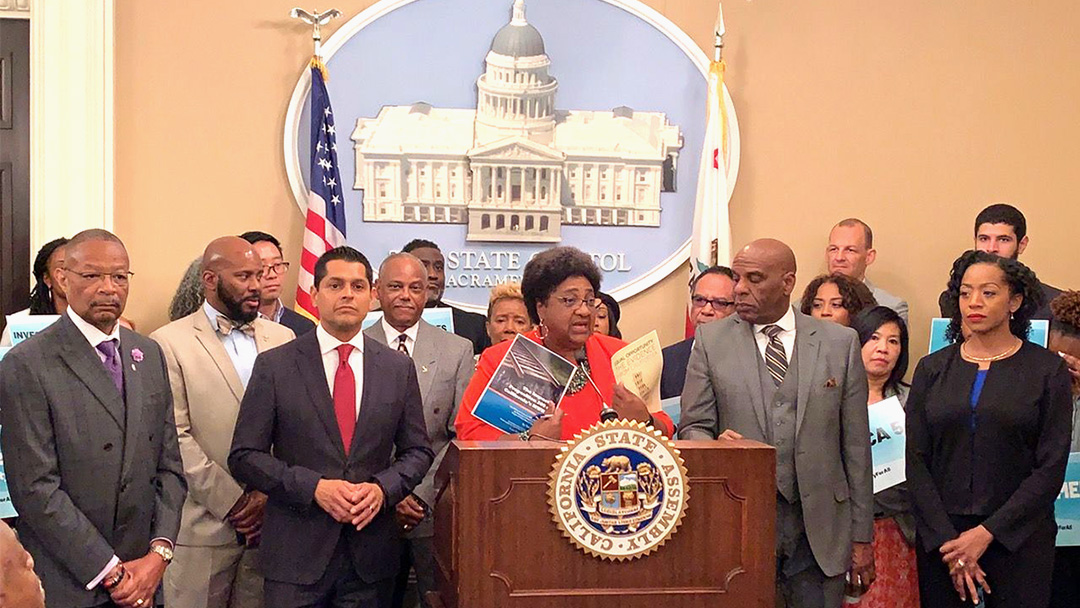 Last week with the support of a broad coalition of colleagues and business leaders, Assemblymember Dr. Shirley Weber (D–San Diego) introduced ACA 5—the California Act for Economic Prosperity—which calls for the initiation of  a ballot initiative to officially repeal Proposition 209—California’s ban on affirmative action. ACA 5 is supported by members of the Black, Latino, API and Women’s Caucuses, as well as leading business and civil rights organizations across California, including Equal Justice Society, the California Black Chamber of Commerce, Chinese for Affirmative Action, and scores of faith-based organizations.   “Since becoming law in 1996, Proposition 209 has cost women and minority-owned businesses $1.1 billion each year,” said Assemblymember Weber. “It has perpetuated a wage gap wherein women make 80 cents on every dollar made by men and has allowed discriminatory hiring and contracting processes to continue unhindered.”  Weber further noted that California is one of only eight states in the nation that prohibits the consideration of race or gender in hiring, the allocation of state contracts, or when accepting students into the state’s public colleges and universities.  “California is home to the greatest number of women-owned businesses in the nation and having contract gender parity is important,” said Assemblymember Monique Limón (D-Santa Barbara). “ACA 5 allows California voters to decide whether gender parity should be mandated or whether we should continue with the status quo that has fallen short in achieving gender equity.”  “In contracting, small business owners don’t get the same fair shot because of Prop 209,” said Vincent Pan, a representative of the organization, Chinese for Affirmative Action. “In Chicago or Atlanta, Asian American-owned businesses win more public contracts than in San Francisco or Los Angeles where equal opportunity is banned because of this law.” Assemblymember Miguel Santiago (D-Los Angeles) said they were kicking off the campaign to give every Californian an opportunity to succeed in higher education and hiring.  Meanwhile, Assemblymember Monique Limón (D-Santa Barbara) appeared to sum up the feelings of everyone supporting ACA 5 when she said, “We’re going to fight back against right-wing ideologies from the past. California will once again lead the nation to provide opportunity for all.”