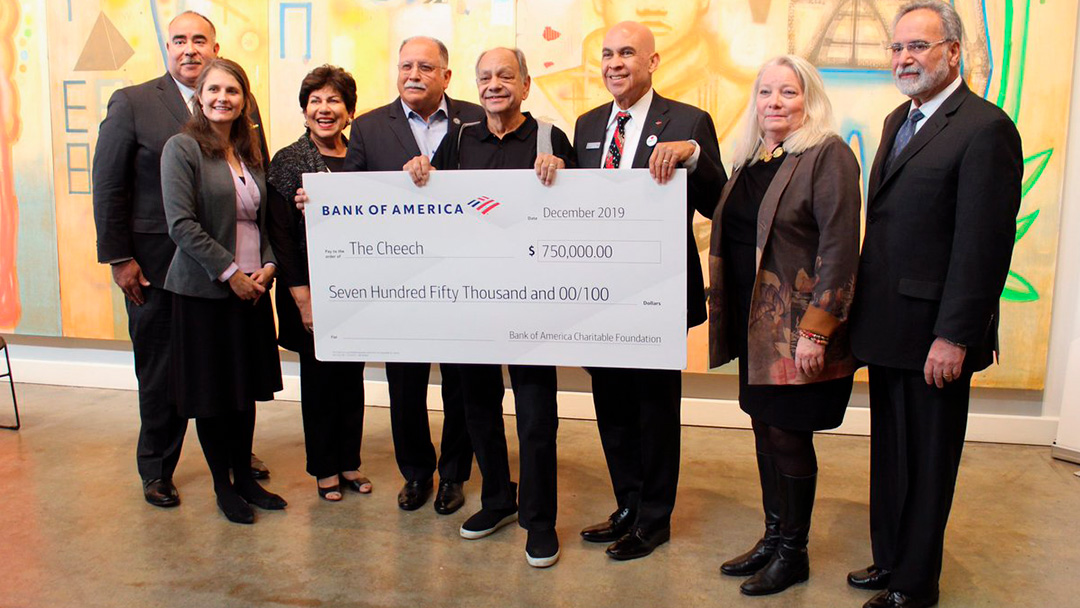 Bank of America has awarded $750,000 to the Cheech Marin Center for Chicano Art, Culture & Industry of the Riverside Art Museum. The Bank of America grant came as museum’s fundraising campaign neared its winter deadline and was the single largest award to an organization in the Inland Empire. Nicknamed “The Cheech”, the museum will be one of the first dedicated to Chicano art, featuring approximately 700 paintings, drawings, sculptures and other works Mr. Marin has collected over 30 years. The collection is considered the largest private collection focused on Chicano art.  The collection will be housed in a refurbished 61,420-square foot building next door to the historic Mission Inn that opened as the Riverside Public Library in 1964. Bank of America’s contribution brings the total amount raised to date to nearly $14 million. “I am very grateful to Bank of America for its commitment and for seeing the promise of The Cheech,” says comedian, actor and collector Cheech Marin. “This significant leadership gift from a major corporation known worldwide signals how much this Center is needed not only regionally, but nationally and internationally.” “The Cheech is estimated to generate over $20 million annually for the region, which is another demonstration of the power of the arts in helping our local economy thrive, while educating and enriching our community,” said Al Arguello, Bank of America, Senior Vice President, Market President, Inland Empire. “This philanthropic capital investment is aimed to spur capital campaigns to attract the remaining funds needed to make Riverside the next world class arts destination.”