Keeping it Real: When the Nation’s Leadership is Not Worthy—We Must Vote Them Out! 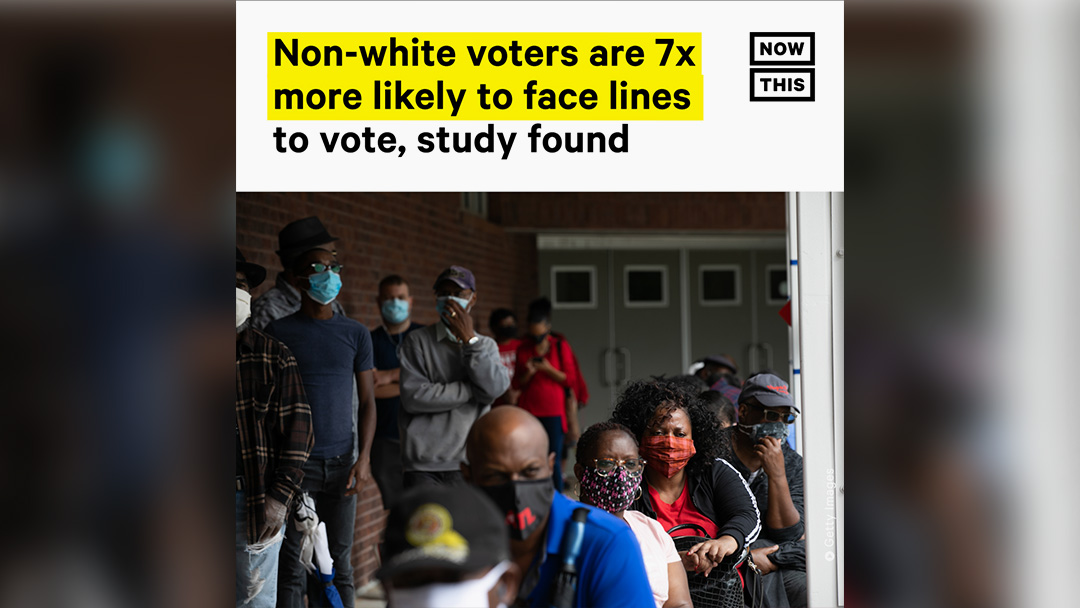 To suppress the vote is to make a mockery of democracy. And those who do so are essentially acknowledging that their policies are unpopular. If you can’t convince a majority of voters that your ideas are worthy, you try to limit the pool of voters.
–Dan Rather

“I went from ‘yay love seeing all these people early voting’ to ‘I’ve been here over four hours, hungry and ready to go’. Yeah this is voter suppression. It should never take this long to vote. Especially early voting,” Everlean Rutherford told NBC News last week.

Rutherford waited nine hours and 39 minutes to cast her ballot on the first day of early voting in Cobb County, Georgia. She was not the only one.

The Republican Party is continuing to work overtime to suppress access to the ballot even leveraging various forms of trickery to limit voter participation. We see it right here in California with the placement of unofficial ballot boxes in certain counties in the state despite a cease and desist order by the State Attorney General and the Secretary of State to remove them.

There is, however, hope and optimism bubbling with determination among voters who will not be deterred from casting their ballots as evidenced by the historic turnout in early voting across the country despite suppression antics. We will vote—even if we must wait to cast our ballot. We will wait to vote early and if necessary, we will wait to cast ballots on election day. Everyone must be determined to vote regardless of what obstacles are thrown in our way.

This year to help avoid long lines and minimize the risk of exposure to COVID-19, voters are encouraged to return their mail-in ballots early either by mail or drop them off in person.

For those who prefer going to the polls, since the start of early in-person voting this year, the nation has once again witnessed long lines snaking around corners, down streets and across parking lots to voting booths.

Are these long lines and extended waits the result of voter enthusiasm to throw the bums out, so to speak; voter fears over what the future might hold if they do not vote; the result of voter suppression efforts that include everything from the purging of voter rolls to the shuttering of voting locations which forces large number of voters in such counties to crowd a limited number of polling location; or, a combination of it all?

Whatever the reason or reasons, the outcome is apparent—people are experiencing excessive and unnecessarily long waits to cast their ballots during this early voting window and many are certain to experience similar wait times if they vote in person on election day.

Of course, 2020 is not an aberration and we do not have to dig through the annals of history for proof of the intentional racism embedded in this suppression.

A 2019 report published by the Nonpartisan Policy Center noted voters in communities with greater minority populations and lower incomes had the longest lines and wait times to cast their ballots in the 2018 midterm elections.

This was a repeat of observations made by researchers from UCLA, Carnegie Mellon and the University of Chicago in the wake of the 2016 presidential election. The report noted when compared to wait times for voters in largely White neighborhoods, voters in entirely Black neighborhoods waited 29% longer to vote and were 74% more likely to spend more than 30 minutes at the poll.

Similar results were noted in a 2017 report published by the  University of Pennsylvania (UPenn) which stated, “[N]onwhite voters are seven times more likely than White voters to wait in line for more than an hour to vote.”

Because such disparities and delays are historical and only enhanced by recent political tensions, this year’s wait times were easy to predict. Yet, Congress fell far short of providing warranted funding to mitigate the issue. In fact, though Democrats requested four billion dollars for states to help address voting issues and the Brennan Center for Justice estimated no less than two billion dollars be devoted to mitigating this concern, Congress however, appropriated a mere $400 million.

This is another clear example of why voting matters. It is not just about the president. It is about congressional representation, judicial nominees, a belief in science, an organized approach to fight COVID-19, an end to systemic and institutional racism, the fight for police transparency, funding for local communities, Black lives. It is about each of us and all of us.

To create the change we hope for, to realize the kind of government we, as citizens, deserve, everyone is encouraged to vote and vote early.