Keeping it Real: The Day Trump Crossed the Rubicon 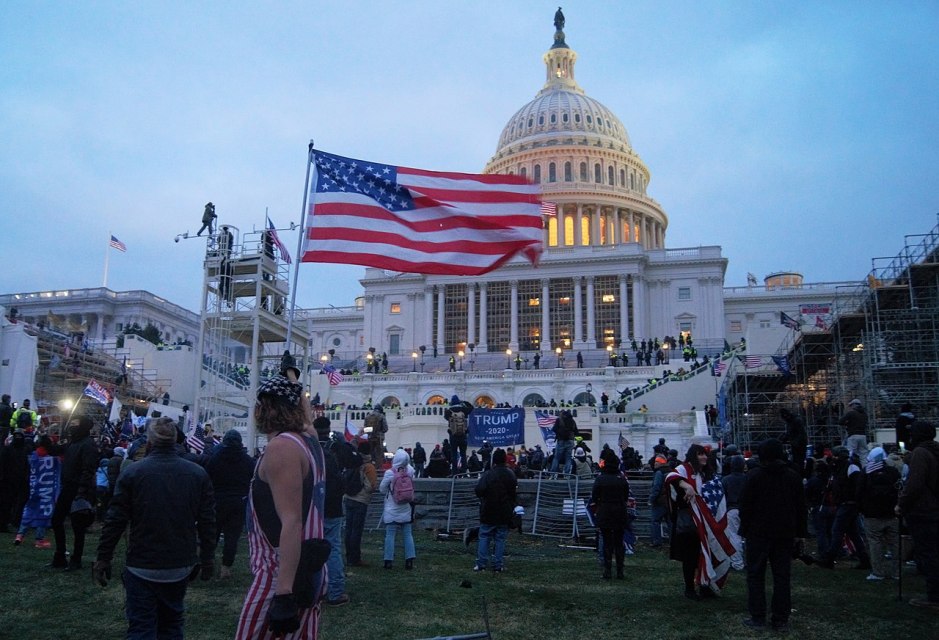 “To see it unspool — to watch the jumbled images ricochet, live, across the world’s endless screens — was, as an American, a struggle to believe your eyes. But there it was, in the capital city of the United States in early January 2021: a real-time breaking and entering the likes of which the republic has never seen.”

History tells us when Julius Caesar crossed the Rubicon River in January 49 B.C., it triggered the Roman Civil War which ultimately led to his dictatorship.

As the story goes, Julius Caesar made a fateful choice to either forfeit his power or cross the Rubicon River knowing if he did so, it would be considered a declaration of  war. This, of course, is an extremely abbreviated version of the story but offers a loose historical context for the despicable and seditious January 6, attack on the U.S. Capitol encouraged by Donald Trump–Crossing the Rubicon is also described as a risky or revolutionary course of action.

Those in power who feigned surprise at what occurred appeared strangely disingenuous—after  all, Trump had taken his followers to the proverbial Rubicon shoreline many times before they were incited, provoked, encouraged to cross over.

He began with the racist lies about former President Barack Obama not being born in America; then again after Charlottesville with his “there were good people on both sides” wink and nod; then, he unleashed his special security forces on peaceful Black Lives Matter protests in Washington, D.C. He joked about the Trail of Tears, stereotyped Black reporters, and separated Latinx children from their parents. Keep in mind this list only represents some of his more recent acts of racism. He has a history of bigotry dating back to the 1970s.

Trump primmed his followers. He used social media, Fox News, Infowars, his legislative enablers, and the Attorney General of the United States to lull them into believing he is, “their dear leader.” Yet, Trump only cares about them to the extent they undergird his own self-aggrandizement and are sympatico with  the racist ideology he is wielding in hopes of maintaining power and control.

To watch a brutish and childish excuse of a man misuse power over a nation, be aided and abetted by a group of frightened, power clinging White Supremacists and supported by an unseemly and loose alliance of conspiracy-theory embracing buffoons certainly raised a bright red flag for many of us.

This coalition, however, was enabled and nurtured in a toxic environment by those who insist on normalizing the abnormal, further bolstered by barons of information technology who hold open the doors to an Orwellian reality of dis- and misinformation peddled freely as immutable truths merely to fill their own coffers.

Added to this chaos is a nation whose demographics are now more reflective of most of the world around it—where the majority are people of color. All of this appears to have set the table for exactly what the nation experienced—a racially infused insurrection in support of an incompetent, mealy-mouthed-want-to-be-dictator who has only two things in common with the racist souls who support him—a mindset of entitlement and the arrogance of White Supremacy.

The act of sedition was surreal. The police stood down, opened the barriers, took selfies, appeared to almost welcome the insurrectionists who were somehow able to navigate the halls of Congress to places those who have served there for years still have difficulty finding their way—raising legitimate questions about who was in on this in advance.

It also placed, on display for the world to see, the noticeably clear difference in the application of law and order when viewed in Black and White. This has been called out repeatedly especially regarding the massive show of police force during the peaceful Black Lives Matter protests over the summer compared to the casual police attitude toward the insurrectionists who gleefully waived confederate flags in the halls of Congress.

As I watched the event unfold, I noticed a White Supremacist in what appeared to be a hoodie overlooking the Senate floor as if he did not have a care in the world after breaking the law in broad daylight. I could not help but recall the hoodie worn by 17-year-old African American Trayvon  Martin who was shot and killed in Florida in 2012  by “want-to-be-cop”, George Zimmerman. “[He looks] real suspicious. [He’s wearing] a dark hoodie, like a gray hoodie,” Zimmerman told the 911 dispatcher as he stalked Martin through the neighborhood before killing him.

On January 6, in my mind there were several blinding-flashes- of-the-obvious about the White Supremacists nature of the insurrection but the one searing image that remains with me is that of the  White man in a hoodie clearly breaking the law and who most assuredly slept in his own bed that night juxtaposed with a Black teenager in a hoodie walking home with a bag of rainbow-colored Skittles in his pocket and a can of AriZona Iced Tea who now sleeps forever because he was Black and “looked suspicious”. He had not committed any crime—the irony is breathtaking. This is the reality of what Black people bear witness to and endure, a burden of callous injustice they have carried for more than 400 years.

And then there were the nooses and the Confederate flags on full display at the capitol that day—clear indications of the mindset of those involved in the insurrection. For any who doubt their intentions, consider the words of Texas Senator Ted Cruz who despite the events of the day, stood boldly on the Senate floor the same night and without blinking an eye but with certain malice and forethought, opined about using the Compromise of 1877 as a way forward. Even as he spoke, he knew full well the claims of voter fraud were untethered to reality and his reference to this historical marker as a way forward was shocking but in alignment with everything else on display that day.

The 1877 compromise effectively ended the protections of Reconstruction. It gave rise to the Ku Klux Klan, Jim Crow, the lynching years, and other, unmitigated horrors for Black Americans. This is the country Cruz, five other senators, 60 percent of the U.S. House of Representatives, the hyped-up and deranged insurrectionists who stormed Congress, and the naked, incompetent emperor is working overtime to bring about.

“This president should not hold office one day longer,” said Democratic Senate Minority Leader, Chuck Schumer who called the attack on the Capitol, “an insurrection against the United States, incited by the president.” I could not agree more.

The attack in D.C. was not the only act of insurrection on January 6, it was a coordinated effort that saw Trump supporters assailing government centers in several cities across the country.

Trump and his sycophants encouraged the insurrectionists in a wild rally before they marched to the Capitol and called on them to “Fight like hell!” “Fight for Trump!”

This week I can only close with the rhetorical question once asked by my Civil Rights heroine Fannie Lou Hammer, “Is this America?” I know the answer, just as she knew it when she asked the question  those long years ago. Yes! This is America.

In the meantime, while the nation was distracted, more than 3,964 people died of COVID-19 in the U.S. on January 6th.