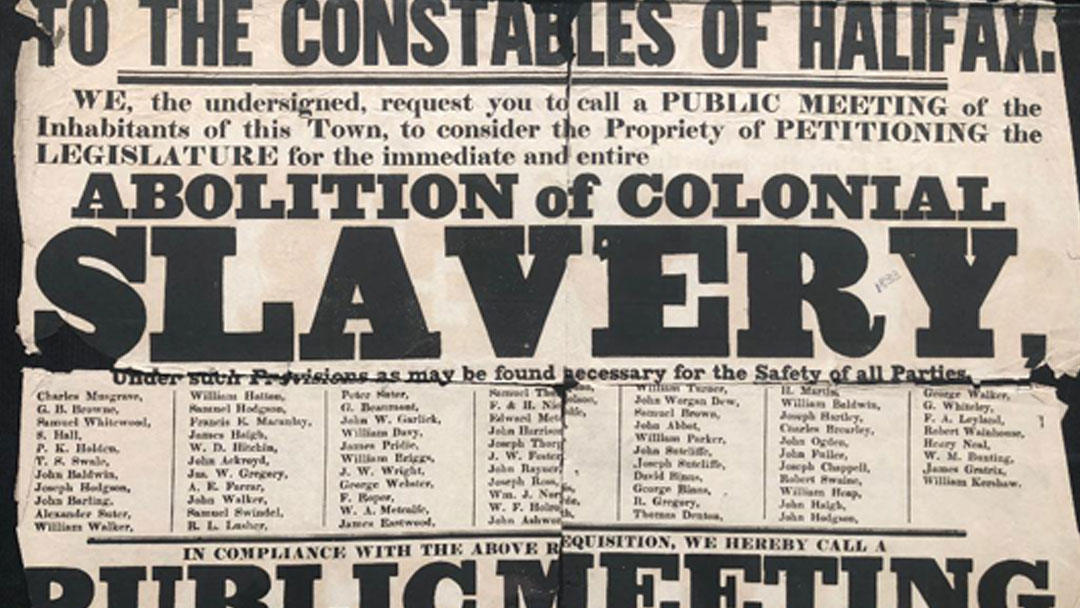 Today, 155 years after slaves in Galveston, Texas learned of their emancipation from slavery, Blacks in America still struggle for recognition, for equity in education, jobs, housing, healthcare, and a fair criminal justice system.

Just as before the Civil War, their right to life, their right not to be subjected to the whims of those in this nation who continue to embrace and celebrate a mindset of White supremacy remains at risk.

Even the very Emancipation Proclamation signed by President Abraham Lincoln, January 1, 1863 had little meaning to many Blacks who were omitted from the order and left in bondage in the very states fighting on the side of the Union to supposedly free them, as only those in the slave holding states—states fighting against the nation—were freed by Lincoln’s order. The order was issued with Lincoln knowing those leading the Southern states at war with the Union had no intention of adhering to his order.

Lincoln’s proclamation was signed during the throes of the Civil War and in reality, had little impact on the freeing of slaves in both the North and South who remained in bondage—because again, it did not apply to slaves in the North and slave owners in the South had no interest in complying.

It was more than two years later, when a major in the Union army, General Gordon Granger, rode into Galveston, Texas, and brought the message of freedom to slaves in that region. It is this day celebrated each year on Juneteenth.

This news of liberation came two years after the signing of the Emancipation Proclamation and six months after Congress passed the 13th Amendment, another example of how, once again, the nation failed to make the freedom of Black people a priority as evidenced by the two and a half year delay in notifying them they were free. How many Blacks were brutalized, raped, and/or died at the hands of their masters while they waited two and a half years for actual emancipation?

The question, of course, is rhetorical as the world will never know.

Today, as we celebrate the freedom of slaves in Galveston, Texas 155 years hence, America is at a crossroads and many Black Americans are asking whether they are totally free today?

It is a question burned into the consciousness of Black people with the thought-provoking and groundbreaking work of the brilliant Ava Duvernay’s 13th released in 2016. 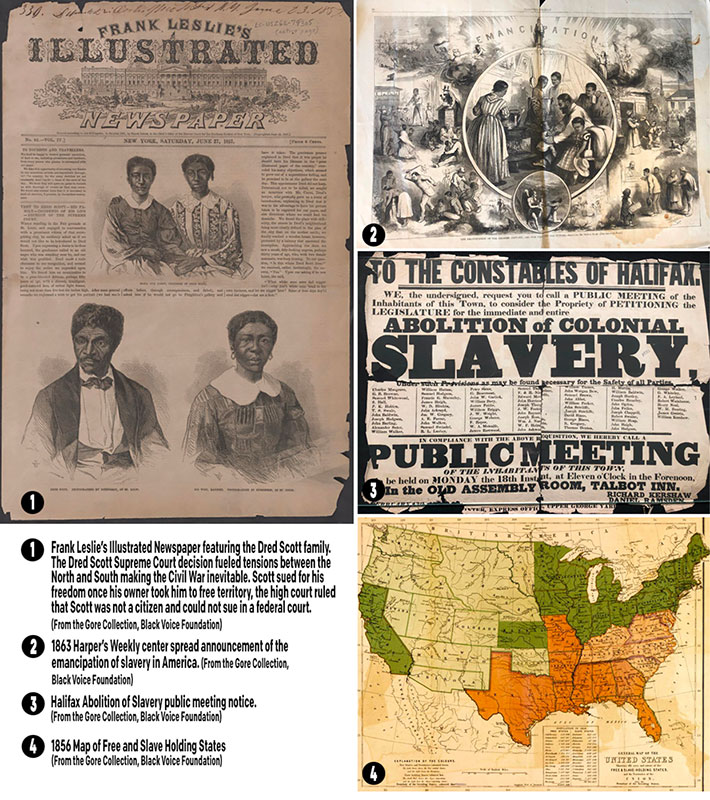 In the documentary Duvernay reminded and/or taught many in the nation of the words embedded in the pivotal 13th Amendment which reads in part: “Neither slavery nor involuntary servitude, EXCEPT as a punishment for crime whereof the party shall have been duly convicted, shall exist within the United States, or any place subject to their jurisdiction.”

And then the establishment of Black Codes in states and jurisdictions across the country in essence criminalized Blackness in public spaces.

Shining a spotlight on this clause provided an insightful explanation for what many already recognized as the legally deceptive manipulation of the criminal justice system. In other words, yet another way to limit the freedom of Black people, especially Black men though the impact on Black women has continued to increase in recent years.

The incarceration rate for Black men is five times that of Whites and Black women are incarcerated at twice the rate of White women.

promise they celebrate each Juneteenth. The same promise of a better tomorrow for their children, hoped for across four centuries and untold generations.

Yet, even among those Blacks who have reached the highest pinnacles of the nation’s definition of success, are still reminded of words from an old Black folktale about a slave named Dave who was granted his freedom for saving his master’s two children from drowning.

In the story, as Dave walked away from the plantation into the land of freedom the master shouted at his back, “Dave,” he began, “the children love ya’. Dave, I love ya.’ Dave, and the missus, she like ya;” he yelled. But, remember Dave. . . you’re still a Nigga.”

Never was this message made louder or clearer to Blacks in this nation than it was for America’s first Black President, Barack Obama. White racists made sure he was reminded of this narrative every single day of his presidency.

This year, however, something has shifted in the consciousness of America. Many say it was something about the brutal murder of George Floyd that caused people in this country of all colors to find their voices, and take to the streets in an unprecedented way across the country to proclaim, “Enough!”

In response, the nation’s “Racist in Chief ”called for federal troops and called for implementation of the Insurrection Act to remind Blacks of a foregone era, and to serve as a reminder, the nation’s laws still allow him to “keep them in their place.”

Now, as Black America marks Juneteenth, a pivotal day in Black history, in American history, tensions between remnants of the Confederacy still clinging to their perverted “lost cause” and activists and supporters of the Black community, is at the highest level than it has been in a generation, maybe higher.

In response, the president has decided to hold a Make America Great Again (MAGA) indoor rally in Tulsa, Oklahoma the same weekend of Juneteenth celebrations.

He appears eager to set the stage for racial conflict. Not only is his rally scheduled for the celebratory Juneteenth weekend, he is holding it in Tulsa, Oklahoma, the site of the deadly Tulsa Race Massacre sometimes referred to as the Black Wall Street Massacre of 1921 which destroyed the economic center of the Black community and left dozens of Blacks dead and hundreds of people injured.

Perhaps California Senator Kamala Harris summed it up best when she blasted the president’s decision to hold the rally in Tulsa, she tweeted Thursday, June 11, 2020 saying, “This isn’t just a wink to White supremacists — he’s throwing them a welcome home party.”

California Assemblyman Jose Medina (D-Riverside), spoke about the importance of Juneteenth in the nation’s history. “As a teacher, and as an ethnic studies teacher, this also gives me an opportunity to say what is needed in them curriculum,” he began.

“It is something that I and many in Sacramento have been fighting for, and that is to make the curriculum more reflective of the students. By that I’m saying, so much is omitted

Once again, it appears the nation’s leaders under the 13th Amendment included a weasel clause as highlighted by Duvernay to chip away at the freedom promised Blacks by the amendment itself, once again failing Black Americans by finding another way to undermine their freedom.

Today however, Blacks and millions of Americans of all races are bent on freeing this nation from the throes of White Supremacy once and for all, while the president of the United States stands at the ready to pour gasoline on already sparking flames of heightened racism.

With the president’s tacit approval based on his, “There are good people on both sides,” stance, Ku Klux Klan members feel free to march through cities in broad daylight dressed in full regalia, and police are killing Black people on camera as if they were posing for a yearbook photo.

Black men have turned up dead, their bodies dangling mysteriously from trees in public places and officials have been quick to call their deaths’ suicides—that is until members of the community are rising-up and asking for full and complete investigations.

African-Americans are dying from COVID-19 in unconscionable numbers in a nation with unlimited resources, not because of underlying morbidity (though it makes them more vulnerable), but as a direct result of institutional and systemic racism that has prevailed in this country since slavery, through the Emancipation Proclamation, through the 13th Amendment, through passage of the Voting Rights Act, through the implementation of Affirmative Action, even beyond the election and two terms of the nation’s first Black president and on to today.

155 years, yet many descendants of slaves continue to live at or below the level of poverty, forced to live on the fringes of society in poor housing, with underserved schools, low-wage jobs, limited access to fresh food in many communities, and an inadequate system of healthcare.

Black people are deemed irrelevant, dispensable, disposable in America, owed to a White supremacy mindset that continues to wield power and authority in this country. And until recently, many Whites who opposed such insensitivity remained complicit by their silence.

This is the message Black people continued to receive in 2020, whether the result of their wildly disproportionate death toll due to COVID-19 which at almost 62 deaths per 100,000 is nearly double the death rate in the next highest racial group; or, the numbers of mothers, fathers, daughters, sons and even the youth who continue to be imprisoned disproportionately; or watching the life being snuffed out of Black men and the deaths of Black women murdered by those entrusted to protect and serve them—all in obvious disregard for their status as human beings; or by denying them full access to the ballot by gerrymandering and manipulating laws and reducing access to the polls.

At every turn, critics believe, there is a legally crafted plan to stay the course of White supremacy regardless.

Certainly, there has been progress for some segment of the Black community, but not enough and far too many Blacks in this nation continue to strive in hopes of a better day—the [from school curriculum]. Perhaps,” he added, “even the history of Juneteenth is omitted in the history that is taught in our high schools.”

Medina further highlighted how bills like the one by Assemblymember Dr. Shirley Weber (D-San Diego) and head of the California Legislative Black Caucus, AB 1460, which mandates ethnic studies in the Cal State University System as a graduation requirement,” he shared continuing, “and, my own bill, AB 331, which mandates the teaching of ethnic studies as a high school graduation requirement, I think makes it clear about the importance of that kind of legislation and that kind of curriculum in the schools.”

Regarding the Trump rally planned for Juneteenth weekend, Medina was just as unequivocal in his assessment. “I think it is just another example of his complete lack of understanding as demonstrated by his walk from the White House to the Church [of the Presidents] and the use of the military [on June 2, 2020].”

Adding, “In planning it on that day, coming to Tulsa, Oklahoma the site of the burning of the city in the early 1900’s, is just another demonstration of his whole lack of understanding of this country.”

This past weekend, as the nation commemorated Juneteenth and the president held his MAGA rally, the world was watching.