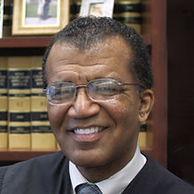 “People want to hear what judges have to say. We must use that opportunity to reach out to people to help them achieve their dreams—to show them the possibilities. It is quite possible that a few words of encouragement now can produce dividends beyond our wildest imaginings.” – Judge Richard T. Fields, Riverside County Superior Court 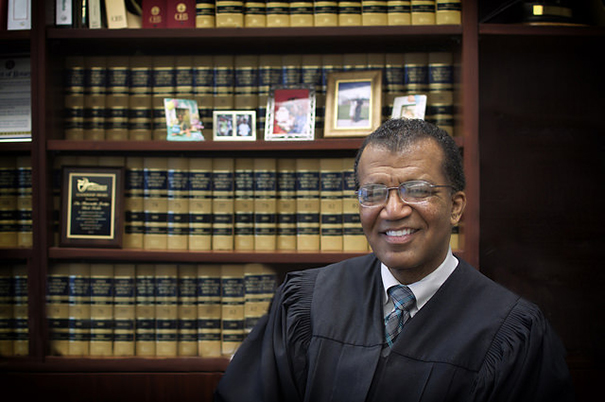 In recent years, judiciaries in California and around the nation embraced a set of principles and practices that incorporated innovative approaches to justice.

Partnerships developed with stakeholders in and outside the courts; community access to the justice system improved; and, advocates stressed more accountability for offenders. All of this created a more inclusive approach to judicial problem solving. What some identify as a collaborative approach to justice.

Drug Courts are a premier example of these partnerships. Riverside County established its first drug court in 1995 and since then has offered the Drug Court and its related aftercare programs as an alternative to incarceration for qualified drug abuse offenders.

One of Riverside County’s most notable advocates of this approach to justice is Superior Court Judge Richard T. Fields. In an exclusive interview with The Voice, Judge Fields referred to the county’s Drug Court as, “the most successful model I have seen in my career”.

Fields, who served as a full-time, Drug Court judge for two years offered this real world observation of the program’s success. “I have seen many people years after completing Drug Court who are still doing well.”

Fields described how individuals who are accused of drug and other related crimes such as burglaries, bad checks etc. are recommended for Drug Court by their attorneys. ”A collaborative team then meets to determine if the person will be admitted to Drug Court,” he explained and continued. “The team consists of defense counsel, the deputy district attorney, the Department of Mental Health, the Probation Department and the judge.”

According to Fields, if the individual is accepted into the program, he or she will participate in an intensive, one year program which includes rigorous drug treatment, probation supervision, classroom education and job training.
“An individual is not allowed to graduate [from the program] unless he or she has completed the high school equivalency requirements and has a job,” Fields stressed and added, “A person is usually drug tested over 50 times during the year.” (The education component of the program is taught by the Riverside County Office of Education.)

Fields believes Drug Court is really about reconciling families. “Many of the participants are estranged from their families due to the drug addictions and behaviors while on the drugs—things such as lying to and stealing from family members,” he explained and continued. “Once the family members see the change, they are so appreciative and are usually willing to accept the person back in the fold.”

The combination of being reconciled with one’s family, having a job and an education gives people hope and leads to long term success. “I have been struck by how many people are so gentle and kind once they get off the drugs,” Fields shared.

Despite his optimism and the promise of Riverside County’s Drug Court, Fields also expressed a measure of caution. “Unfortunately, many people are now opting out of Drug Court because their drug charges have been reduced to misdemeanors.” He expounded, “The problem is that their addictions are the same and without getting the proper treatment we know that we are going to see them back.” Fields admitted, “With severe jail overcrowding, it is difficult to enforce misdemeanor probation.”

There is no question Drug Courts in California have yielded success. One study of drug courts in California found that arrest rates for drug court participants—many of whom are chronic offenders— declined by 85 percent in the first two years after admission to drug court compared to the two years prior to entry. The same study also found that 70 percent of participants were employed upon completion of drug court compared to an employment rate of only 38 percent at entry.

Again, Fields offered testimony to the program’s success. “I attended the wedding of two Drug Court graduates. One of them was pregnant when she entered the program,” he shared. “Her child had been born drug free and they both had become licensed counselors. “

It is not surprising Fields is such an advocate of this collaborative approach to justice. As the first African American Judge in the Inland Empire he has embraced the mantle of role model and advocates community outreach as a vehicle to encourage others to fulfill their dreams. “I am inspired by my Christian faith and my desire to help others stay out of the criminal justice system and be all they can be,” he said. Let there be no doubt Fields ‘walks his talk’ on this point.

He commits a lot of time in support of community related activities outside the courtroom. He maintains a schedule of activities that would probably overwhelm the average volunteer—from public speaking engagements to elementary school lunch-buddy program volunteer; from the Corona Parent Advisory Group to judicial advisory groups; from church scholarship committees to his role as a student mentor. However, his community outreach does not end there. It extends to such volunteer roles as service club president to assisting with major immunization drives and the Inland Aids Walk, his list of public service activities goes on and on.

In light of his selfless service to the community, Fields received the California Judges Association Humanitarian of the Year Award in 2013.

When asked what motivates his dedication to the community he replied, “Being a judge gives you a unique opportunity to serve the community. People are longing for judges to come into the community and address various groups and participate in community forums. People want to hear what judges have to say” Fields shared and continued, “We must use that opportunity to reach out to people to help them achieve their dreams—to show them the possibilities.”

Fields expressed his belief, “It is quite possible that a few words of encouragement now can produce dividends beyond our wildest imaginings.”
Where some have run from the mantle and expectations associated with being a role model, Fields embraced it and in the process found the balance between a demanding career, his devotion to family and a sincere passion to serve the community outside the courtroom.

When asked about the demands on his time Fields responded, “Things sometimes get very busy and I will have several speaking engagements or other activities in a single week,” he shared. “My wife and kids have always been very supportive and that makes it a lot easier. In fact, she [my wife] comes to most events with me.”
“As a family,” Fields continued, “We have always made time for church on Sunday followed by grabbing something to eat together. We did this while we were dating and the entire 31 years of our marriage.”

After discussing his role as a judge and drug court advocate, community volunteer and husband and father, Fields proudly expressed appreciation to his parents who he explained, “Sacrificed so much to help me fulfill my dreams.”

“If I can do half the things that my mom did to serve others,” Field acknowledged, “I will have accomplished something significant in life.”

Most of Fields’ supporters believe he already has.

Drug Courts Reduce Crime More Than Any Other Program

The most rigorous and conservative scientific estimates from independent studies have all concluded that drug courts significantly reduce crime as much as 35 percent compared to the alternatives.

After an extensive 2005 review of the scientific literature, the Government Accountability Office concluded drug courts significantly reduce crime compared to the alternatives.

In a nationally representative study of more than 2,000 graduates from over 90 Drug Courts, the average recidivism rate was only 16 percent in the first year after leaving the
program, and 27 percent after the second year. This compares very favorably to recidivism rates on conventional probation, in which 46 percent commit a new offense and over 60 percent commit a probation violation.

In rigorous experimental studies, reductions in crime lasted at least 3 years and longer-term effects are still being evaluated by the researchers.

In one study, effects on crime lasted over 14 years.